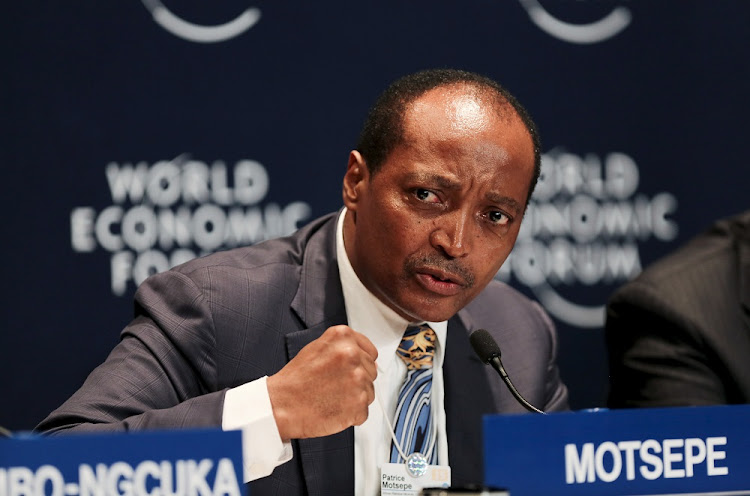 Patrice Motsepe has been confirmed as the first South African president of the Confederation of African Football.
Image: Reuters/Sumaya Hisham

He is going to have his hands full as he takes over an organisation riddled with corruption‚ poor governance‚ lack of transparency and financial inadequacy. The SA billionaire mining magnate will be expected to turn around the long-ailing continental ruling body.

TimesLIVE has identified five burning issues in Caf and African football that Motsepe must address as soon as possible:

For many years‚ the rights to broadcast marquee tournaments like the Africa Cup of Nations‚ Caf Champions League and Confederation Cup were held by European companies. Those companies often made it difficult for African broadcasters to afford sub-licensing and as a result most people have not been able to watch those tournaments in recent years.

As things stand‚ the majority of football fans in SA can’t watch Mamelodi Sundowns‚ Kaizer Chiefs and Orlando Pirates on television because their matches are only available on streaming platforms‚ which are not easily accessible to most people. This is disastrous to Caf as it affects sponsorship and income revenue value.

OPINION | Caf presidential race: Why Patrice Motsepe is about to have the last laugh

The jokes kept on coming and an appreciative audience expressed their approval in instantaneous bursts of uncontrollable laughter when mining magnate ...
Sport
1 year ago

Speedily resolving Caf's broadcast issues‚ which have denied millions access to Champions League and Confed cup games on TV‚ will earn Motsepe popularity across the continent and send a message to the doubters of the Caf outsider that his intentions are clear and honourable.

Over the years‚ Caf has stumbled from one controversy to another with leaders often accused of wrongful business practises when negotiating big contracts that were supposed to benefit African football. Nepotism has also raised its ugly head.

One of the major things Motsepe‚ who is a successful businessman‚ must work on is to repair the damaged image and reputation of the organisation. If African football is to prosper‚ Caf must take the lead in ethical and credible leadership so it wins back the trust of the fans‚ and corporations are willing to put their financial muscle behind Caf’s competitions.

Women’s football is growing at a rapid pace globally and Africa cannot afford to be left behind when it comes to growing the sport. The successful Fifa Women’s World Cup in France in 2019 proved there is huge appetite for women’s football globally.

Patrice Motsepe has been confirmed as the first South African president of the Confederation of African Football.
Sport
1 year ago

One of Motsepe’s priorities must be to ensure all the countries come up with concrete plans of how they are going to implement structures to develop the women’s game. He will leave an indelible legacy if during his first term of office most African countries establish professional leagues for women.

There is no doubt that with his reputation as a successful businessman‚ Motsepe has strong connections with captains of industry who may have been put off by the lack of ethical leadership at Caf. He must use his international business connections‚ especially on the continent‚ to lure companies that will heavily invest in tournaments like the Cup of Nations‚ Champions League‚ Confederation Cup and the Women’s Champions League.

Recently‚ the Africa Cup of Nations under-17 tournament was postponed due to issues related to Covid-19. The postponement is an indictment on the outgoing leadership at Caf as they did not explore the possibility of hosting the tournament in a secure bio-bubble‚ which is the new normal in football.

This postponement means many promising young players have missed out on a once-in-a-lifetime opportunity to play on the biggest stage on the continent for their age group. It is at junior tournaments like these where talented players are scouted by top clubs around the world.

Motsepe has voiced it as one of his priorities that African football‚ which has fallen behind in recent years in performance on the field‚ becomes world class where it matters most‚ and investment in youth football is the easiest path to such an ambition.

Mamelodi Sundowns coach Manqoba Mngqithi is confident that the club's owner Patrice Motsepe will bring much-needed change at the troubled ...
Sport
1 year ago

The whole world expects Patrice Motsepe to be named Confederation of Football (Caf) president unopposed on Friday but the Mamelodi Sundowns owner is ...
Sport
1 year ago