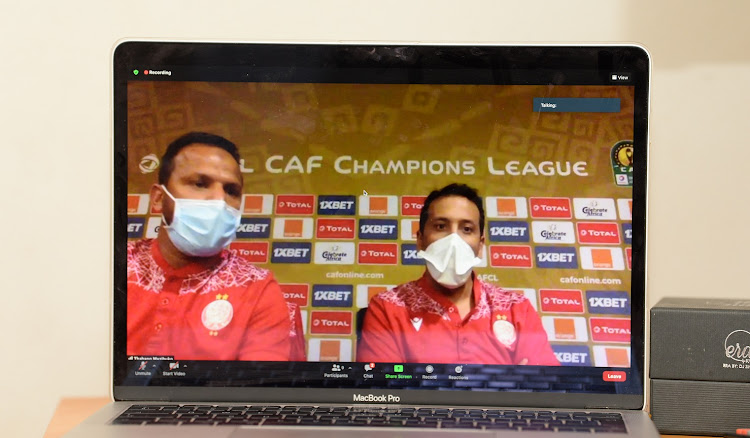 A second-string Wydad Casablanca, who have travelled without their hugely experienced coach Faouzi Benzarti, have warned Kaizer Chiefs there will be no easy game at FNB Stadium on Saturday.

The 2017 winners and 2018-19 runners-up of the competition meet Chiefs in their Caf Champions League Group C clash at FNB Stadium, where a win for Amakhosi can significantly strengthen the Soweto giants’ chances of reaching the quarterfinals.

Wydad have arrived without legendary coach Benzarti, a winner of two Caf Confederation Cups and nine league titles in his native Tunisia, as the 71-year-old coach was reportedly due to take his Covid-19 vaccine shot on Thursday. Having already qualified for the knockout phase, they have also left behind several front-line players.

Wydad, though, cautioned Chiefs not to expect any walk in the park, though the Johannesburg team will certainly be looking for a significant improvement on the 4-0 thrashing the crack Moroccan club handed them in neutral Burkina Faso in February.

“Wydad of Casablanca is a great team and we play match by match. We have a great team with great players,” said Wydad’s assistant-coach Mohamed Benchrifa, who has led the team to SA.

“In Wydad we have many good players. We know that our players play for our national team, and all other players are ready to play.

“We are playing for three competitions — the Champions League, our national championship and for our cup.

“We have several players who have the same level. The players who are with us have already played in many matches.

“For our head coach this match gives the possibility for some players to play some matches at a high level. Every player knows the responsibility and what he has to do.”

Benchrifa said Wydad had done their research, and are aware that Chiefs coach Gavin Hunt has changed tactics since the meeting in Ouagadougou.

“The head coach of the team, who is not here, has prepared the team for this match,” the Wydad assistant-coach said.

“We know it will not be easy. We know we are playing Kaizer Chiefs on their field. We know they want to win, like us.

“Everybody knows what he has to do. We hope that both good teams will play good football to promote African football.”

Kaizer Chiefs coach Gavin Hunt has revealed that long-term injury concern Khama Billiat is available and might get a run in Amakhosi's big Caf ...
Sport
1 week ago

Kaizer Chiefs coach Gavin Hunt could only chuckle in response and answer in the negative, asked if the once-again vacant Bafana Bafana job is ...
Sport
1 week ago
Next Article