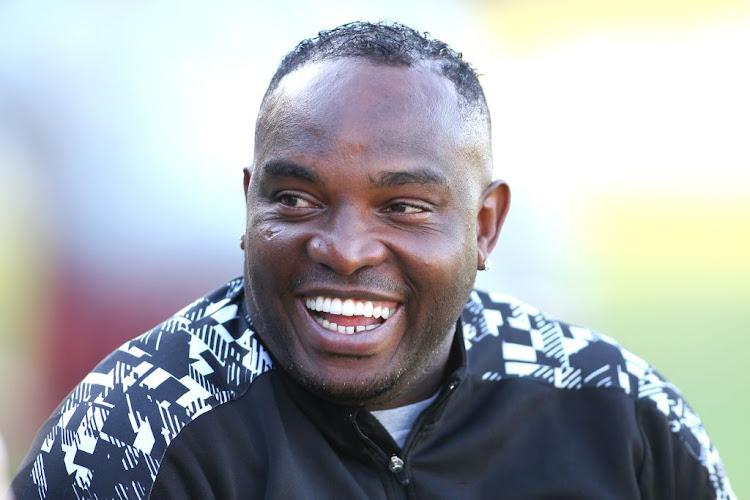 It is unlikely AmaZulu coach Benni McCarthy will be named the new coach of the national team.
Image: Shaun Roy/BackPagePix/Gallo Images

Fan favourite Benni McCarthy is unlikely to be named as the new Bafana Bafana coach this week as the nation’s soccer lovers and many observers expected.

TimesLIVE has been informed that the SA Football Association (Safa) will not agree to some of the key demands that would have seen the AmaZulu coach succeed Molefi Ntseki.

Safa indicated last Friday that the new man would be named this week, and Wednesday was identified by several insiders as the likely date of the announcement, with the all-time Bafana top scorer the overwhelming favourite for the job.

However, the deal is believed to have collapsed this week after McCarthy spelt out conditions he viewed as non-negotiable, including the appointment of AmaZulu colleagues Siyabonga Nomvethe and Moeneeb Josephs as his assistant coaches on a full-time basis. Nomvethe and Josephs serve as McCarthy’s assistants at AmaZulu and he wanted them to retain the same roles at national team level.

Safa have gone back to the drawing board and are desperately trying to get either Belgian Hugo Broos or Portugal-based Carlos Queiroz, the man who was initially thought to have agreed to return to the Bafana seat he occupied between 2000 and 2002.

“We are going for Carlos Queiroz or Hugo Broos now,” a senior Safa official, who has always been close to those who are tasked with hunting for the new coach, told TimesLIVE.

“Definitely, we’re announcing the coach [on Wednesday], but Benni’s requirements (to have a full-time technical team) were just ridiculous and the association couldn’t afford it.

We are going for Carlos Queiroz or Hugo Broos now

“The announcement of the new Bafana coach will go ahead as planned on Wednesday, but it’s definitely not Benni McCarthy”.

If McCarthy is out of the picture for the Bafana job, it will come as a huge relief for AmaZulu boss Sandile Zungu as the Durban club owner has never hidden his unhappiness with his coach’s continuing links to Bafana when he still has a two-year contract with Usuthu.

McCarthy has defied the odds to put Usuthu among the title contenders in the DStv Premiership, where they are currently a point behind leaders Mamelodi Sundowns with four games to go in what has been a remarkable season for the Durban side.

“So I doubt it’s true that it could be Benni McCarthy [who will be announced as Bafana’s new coach].

“Our coach is doing a fantastic job at AmaZulu and if ever we needed him, we need him more now,” Zungu said last week when asked about McCarthy’s links to Bafana.

Safa have delayed the announcement of the new Bafana coach for close to three weeks after Ntseki’s sacking, with Queiroz the first to be linked to the job before McCarthy became the favourite.

The delay in naming the coach has caused panic as Bafana were scheduled to meet Zimbabwe away in the first week of June in an opening 2022 Fifa World Cup qualifier.

There were, however, unconfirmed reports on Tuesday suggesting the Confederation of African Football could delay the start of the World Cup qualification programme as some teams on the continent are battling to confirm venues to host some games.

Neither McCarthy nor Safa has confirmed the news yet, but the association is expected to make the formal announcement on Wednesday.
Sport
1 year ago