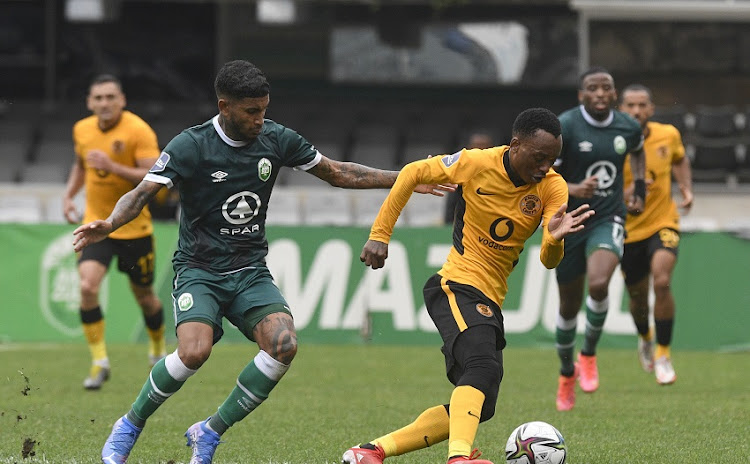 A controversial referee’s optional time penalty saved face for Kaizer Chiefs in a 1-1 stalemate against AmaZulu FC in a DStv Premiership at the Kings Park in Durban on Saturday.

For AmaZulu Luvuyo Memela’s 47th-minute strike looked destined to pile the pressure on beleaguered Chiefs coach Stuart Baxter, whose side are having one their poorest starts in the Premiership.

Memela had plenty of space to pick his spot to beat Daniel Akpeyi in Chiefs’ goal after linking up with Keagan Buchanan on the left side of Amakhosi’s defence.

The third draw in six matches leaves Chiefs in 11th spot with six points from a possible 18. Baxter continues to be plagued by a multitude of questions about what he needs to do get his side performing in his second spell at a club he won two league titles with between 2012 and 2015.

Kaizer Chiefs remain positive that they will have a good season when all the small things they are doing start to add up, Amakhosi right-back Reeve ...
Sport
7 months ago

In those three seasons, Baxter won all the league games Chiefs played against Usuthu — a side that Amakhosi have dominated more than any other in league matches in the PSL era. In 38 league game in that period, Amakhosi had beaten AmaZulu 25 times.

But Benni McCarthy’s Usuthu proved to be difficult a proposition for Baxter’s men. Usuthu were looking to inflict a second successive defeat on Chiefs in league matches after their 2-1 success away from home towards the end of last season.

Going to the break McCarthy would have been the most worried of the two coaches as his side only created one clear-cut opportunity that Sandile Khumalo couldn’t put behind Akpeyi.

Chiefs, who had lost two league matches in succession against Mamelodi Sundowns (2-0) and Royal AM (4-1), started better in the first 45 minutes with attackers Dolly, Bernard Parker and Khama Billiat all denied by Mothwa from scoring the three decent chances that the visitors created.

Having conceded seven goals in five matches ahead of this encounter Baxter was looking for full points and a second successive clean sheet but Memela and Usuthu had other ideas.

A controversial referee’s optional time penalty saved face for Kaizer Chiefs in a 1-1 stalemate against AmaZulu FC in a DStv Premiership at the Kings ...
Sport
7 months ago

AmaZulu coach Benni McCarthy says their first win in the current DStv Premiership season over Baroka last week has rejuvenated his team after a ...
Sport
7 months ago

AmaZulu captain Makhehleni Makhaula has likened Kaizer Chiefs to a dangerous snake pretending to be dead when it’s actually readying to strike.
Sport
7 months ago