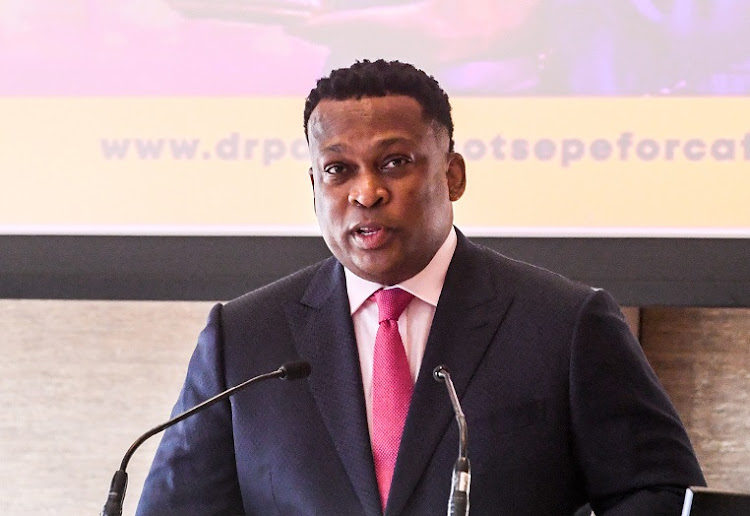 Revered sports broadcaster Robert Marawa is back on air doing what he loves most.

The 90-minute show goes live on Monday between 5.30pm and 7pm. The first of its kind in SA media, MSW will be streamed live every Monday to Friday on the three platforms simultaneously.

Marawa, who was fired by the SABC in July, said he was both nervous and excited about the new adventure and partnership.

“I am particularly looking forward to providing my inquisitive loyal support base with both global and local quality content in the field of sports,” he said.

Marawa chose to partner with Sowetan because the newspaper has been a sport bible for him in terms of sport and football coverage. Growing up, Marawa marvelled at reading sport articles written by accomplished writers like Molefi Mika, Sello Rabothata, and the late Meshack Motloung and Louis Mazibuko.

“It is one newspaper that helped me to understand soccer with its reporting and publishing of pictures of soccer players to see how they look. In terms of writing, there were Sowetan journalists who set the tone for me journalistically and guided me as a young kid.

“It makes sense to me to partner with a publication that has been familiar to me in my childhood and adulthood.”

MD in News and Media for Arena Holdings Pule Molebeledi said: “Securing Marawa, the undisputed king of sports airwaves, and his hugely popular show onto the Sowetan, Vuma FM and Rise FM platforms is a coup for Arena Holdings.

“Marawa is a legend in his own right. He brings to Arena decades of experience and long-standing relationships with many of the top sports personalities in the world.

“Sowetan is a known and well-respected news brand all around the country. has always had a strong association with sport, particularly football, with many still referring to it as the soccer bible of the country.

“This deal brings together two strong brands and two of the country’s youngest and fastest growing radio stations. We hope our customers will see this as adding value to their lives.”

Marawa said he would stick to the old format of the MSW show that won the Best Sports Show at the SA Radio Awards this year.

“Obviously, we are going to do things differently, given the three different platforms, and will add as we go along. Expect your honest, independent, engaging not diluted by any external forces show.

“There is a lot happening so we will embrace the successes in the sports fraternity and question where there is a need,” Marawa said.

He returns to radio broadcasting at the right time when sport lovers have called for his return on air. Fans have been hosting meetings and planning to march to the SABC headquarters for him to return.

“I am aware of the campaign and have been receiving messages of support from my timelines on social media. I am grateful for all the love people have been showing me. It humbles me because I never sat down and reflected on my achievements,” he said.

Poet and activist Mzwakhe Mbuli is planning a march to the SABC's headquarters in Auckland Park to demand the reinstatement of popular sportscaster ...
Sport
2 weeks ago

"With Pearl there was respect all round," Robert reiterated recently.
TshisaLIVE
1 month ago

Football fans are calling for the return of sports presenter Robert Marawa to the SABC airwaves after his sacking last week.
Sport
4 months ago