‘A fantastic spectacle,’ says Guardiola after City’s goalfest with Real 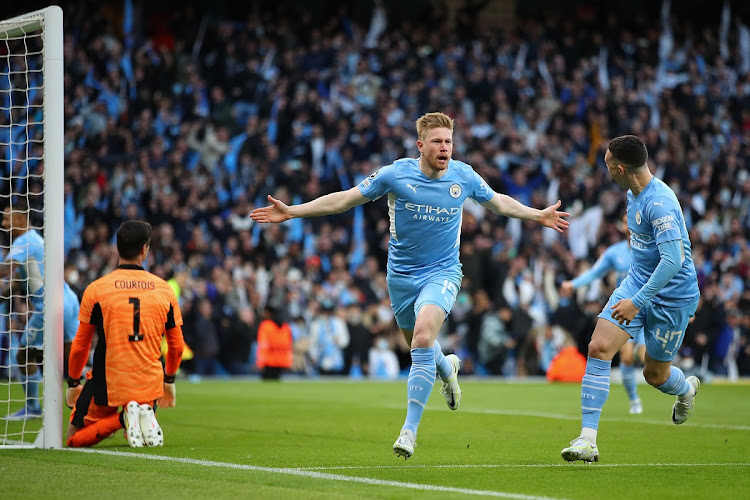 Manchester City coach Pep Guardiola hailed the spectacular football his side played in their 4-3 Champions League semifinal first-leg win over visitors Real Madrid on Tuesday, even if he was not completely satisfied with the scoreline.

The exhilarating encounter in which City held a two-goal advantage on three occasions, was only the second Champions League semifinal to see both sides score three or more goals, after Dynamo Kyiv against Bayern Munich in 1999.

The standard of football on show was breathtaking, with City especially sweeping forward at every opportunity much to their Spanish manager's delight.

“For our fans all around the world and for Manchester City, we are so proud,” Guardiola told BT Sport.

“What we have done with the ball and without the ball, creating chances and chances, I can't ask anything else. I say to the players to rest. Both teams want to attack and have the quality to play. The football was a fantastic spectacle.

“Congratulations to Carlo [Ancelotti, Real's coach] and his team as they are so good. At the same time, we saw ourselves that we can be at their level.”

A stunning double, including a 'Panenka' penalty, from Real striker Karim Benzema either side of a brilliant individual effort from Vinicius Jr ensured the tie is still alive. The Frenchman took his tally to 41 goals this season in all competitions, making him only the fifth player to score more than 40 goals in a single campaign in Real's history.

Guardiola felt, however, that City — whose goals came from Kevin De Bruyne, Gabriel Jesus, Phil Foden and Bernardo Silva — should have put themselves in a much stronger position ahead of next week's second leg, with the tie still wide open.

“The moments where they rose and come back into the game in the first half I think we gave to them, as our build-up was so nervous. Normally we are so safe and so good,” he added

“Unfortunately we conceded goals and we could not score more. We go to Madrid to try to win the game.”

Manchester City will take a 4-3 lead into the second leg of their Uefa Champions League semi-final against Real Madrid after an extraordinary game at ...
Sport
2 months ago