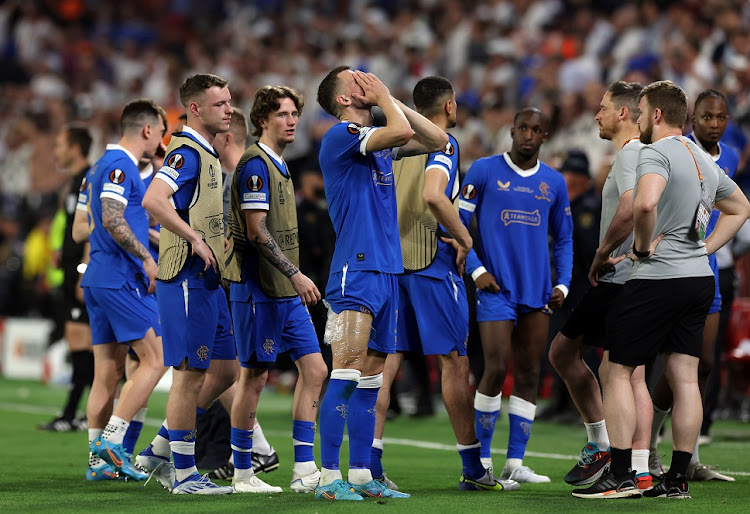 Rangers narrowly missed out on their first European trophy for 50 years after losing on penalties to Eintracht Frankfurt in the Europa League final on Wednesday and the consequence of the defeat was not lost on manager Giovanni van Bronckhorst.

Victory would have brought not only silverware for the Scottish side but also an automatic place in the lucrative group stage of next season's Champions League. Instead Rangers must fight their way through the third qualifying round and then the playoff round to join rivals and Scottish champions Celtic in the group stage.

Former Barcelona and Netherlands full-back Van Bronckhorst said Rangers had shown that they had the quality to play at the elite European level.

“We showed it today but next season we have to start all over again,” he said.

“No, it's not certain we will be at this level. We're going to work hard and make sure we develop as a team. And we want to be on the stage and so you know next year we have to do it again. And we start from zero and we'll work hard to get silverware next season.”

Rangers' only continental prize came in 1972 when they beat Dynamo Moscow in the now-discontinued European Cup Winners' Cup. The club, 55-time Scottish champions, has had to recover from financial troubles that led them to be demoted to the third-tier of Scottish football only returning to the top-flight in 2016.

Van Bronckhorst was full of praise for the way his team had performed throughout a campaign where few expected them to reach the final.

“I'm very proud of them. Because we had to have challenges with injuries in a lot of games we played but we always give everything, today as well,” he said.

“We had our chances, a big chance just before [the end of extra] time with Ryan [Kent], a great save. And then of course with the penalties, it's a lottery and we were not on the on the right side,” added the Dutchman.

“I’m devastated. I’m proud of every single one of the lads, the club and the fans,” he said.

“We wanted to make everyone proud but we didn’t get over the line. To lose on penalties hurts. We went toe-to-toe with them.”

Liverpool manager Juergen Klopp said it was “not likely but possible” that his team could pip Manchester City to the Premier League title in Sunday's ...
Sport
1 month ago

Man City ready to ‘give our lives’ to retain title — Guardiola

Manchester City manager Pep Guardiola said they are ready to “give their lives” in the final match of the season to retain the Premier League title ...
Sport
1 month ago