Patrice Motsepe: ‘I love Pitso and will always love Pitso’ 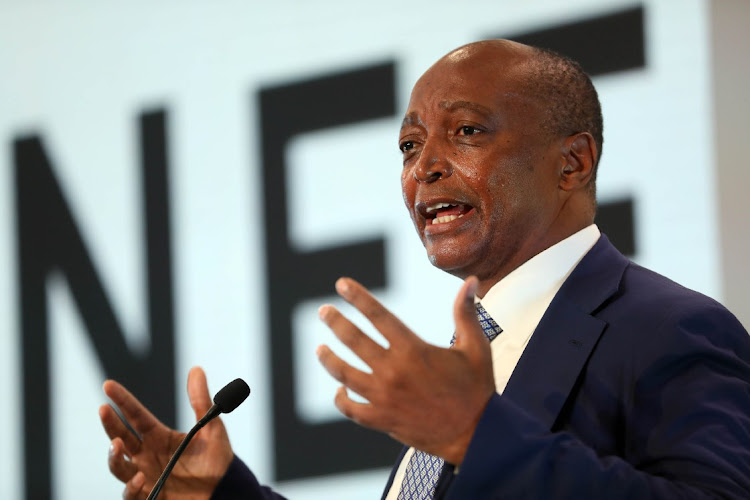 Motsepe said this when addressing the SA National Editors' Forum  AGM in Parktown, Johannesburg this weekend.

Mosimane, without a team after leaving Egyptian giants Al Ahly earlier this month, was the coach of Bafana after the 2010 World Cup hosted by SA. Mosimane, 57, was fired by the SA Football Association (Safa) after he failed to take Bafana to the 2012 Africa Cup of Nations.

At Ahly Mosimane won two Caf Champions League trophies and could have bagged a third had he managed to guide Ahly to a victory in the final against Wydad Athletic in Morocco last month. The Red Devils lost 2-0.

"I love Pitso and I will always love Pitso," Motsepe said.

"He’s got a special place in my heart.

" I wish him well. I wish he could coach Bafana Bafana. I will get the Motsepe Foundation to subsidise his salary."

Asked if Mosimane was expensive to hire, Motsepe said: "I think he’s quality and quality should not come cheap."

The coach and the Caf president have had a rocky relationship since Mosimane left to coach Ahly. Motsepe took Mosimane to court, alleging he owed the club R8m linked to theR1.5m salary he received after signing a new deal with the club early in 2020.

The decision to take the Champions League final to Morocco saw Mosimane criticising the leadership of Caf, including Motsepe.

Patrice Motsepe: Caf will not tolerate bullying of journalists

The Confederation of African Football (Caf) will not tolerate any form of bullying of journalists covering football events, the organisation's ...
Sport
1 month ago

Pitso Mosimane must coach Bafana Bafana and if the SA Football Association (Safa) does not have the money to re-hire Mosimane, who was Bafana’s coach ...
Sport
1 month ago

The latest criminal case opened against President Cyril Ramaphosa by the leader of civil rights organisation Really Democracy involves his ...
Politics
1 month ago