Devoted wife, mother & writer, but is she also a killer?

Alex van Tonder's second novel 'A Walk at Midnight' tells the story of Jane Ronson, whose husband's sudden death eerily echos events in her novel, making her a murder suspect 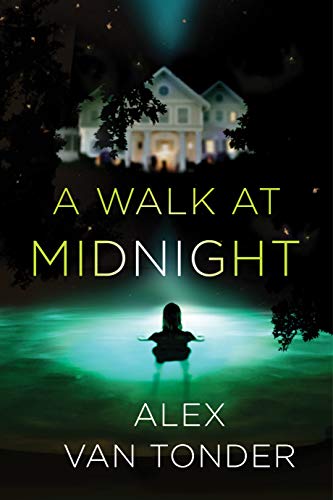 Jane Ronson is the epitome of a dutiful, devoted wife and mother.

She has, with grit and grace, supported her husband, Colin, through the scandals and setbacks that have dogged his career as the governor of New York State.

After years in her restrictive role as the governor's wife, Jane achieves her own success as a writer, and is offered a publishing deal for her debut novel.

This exciting news is overshadowed by Colin's sudden death under mysterious circumstances that eerily echo events that unfold in Jane's novel, making her the primary person of interest in the investigation.

As Jane's and Colin's pasts emerge in the course of the investigation, the truth becomes increasingly elusive and disturbing.

Alex van Tonder is the author of two novels, This One Time and A Walk at Midnight. She began her award-winning writing career in advertising in Cape Town, and now lives in Manhattan Beach, Los Angeles, with her husband and cat.

Q & A with Alex van Tonder

Everyone has secrets, and the residents in The Avenue are no exception...
Books
1 year ago

A layered psychological thriller, a novel based on a real-life art scandal and a creepy mystery about a dysfunctional married couple
Books
1 year ago
Next Article