Shackled by weight of expectation, inability to influence their world 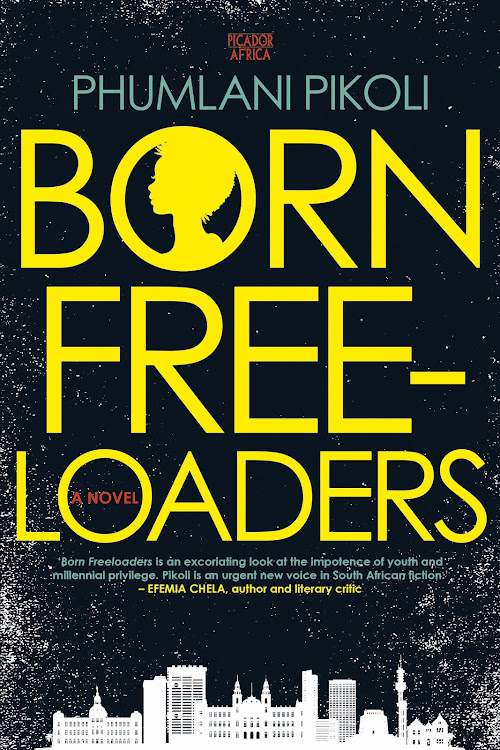 Born on the cusp of democracy, the crew of young friends in Born Freeloaders navigates a life of drinking, wild parties and other recklessness.

The siblings at the centre of the novel, Nthabiseng and Xolani, have been raised in an upper middle-class family with connections to the political elite.

Nthabiseng is lauded by her peers as she whimsically goes through life, unable to form her own identity in a world that expects her to pick a side in the fractured classifications of race.

Xolani, not having known his late father, longs for acceptance from an uncle who sees him and his generation as the bitter fruit borne of a freedom he and countless others fought for.

As the story moves across multiple spaces in the nation’s capital over a weekend, Born Freeloaders captures a political and cultural moment in the city’s and SA’s history. Interwoven is an analogous tale of the country’s colonisation and the consequences that follow. And alongside the friends’ uneasy awareness of their privilege is a heightened sense of discomfort at their inability to change the world they were born into.

PHUMLANI PIKOLI is a multidisciplinary artist whose writing has been described as “a generational ode”. He is currently working on a multi-sensory exhibition with the British Council in South Africa, based on his acclaimed debut collection of short stories, The Fatuous State of Severity.

The Extraordinary Career of a Millionaire Medicine Man The millionaire medicine man Khotso Sethuntsa was born in Lesotho in 1898, and lived and ...
Books
1 year ago

A new generation is transforming the way South Africans live, love and play.
Lifestyle
1 year ago

Since 1994, South African politicians have appeared in public every five years to seek a fresh mandate from citizens. Often, the world over, ...
Opinion & Analysis
2 years ago