Poignant tale of personal and political responsibility, and the narratives that bind families and nationalities 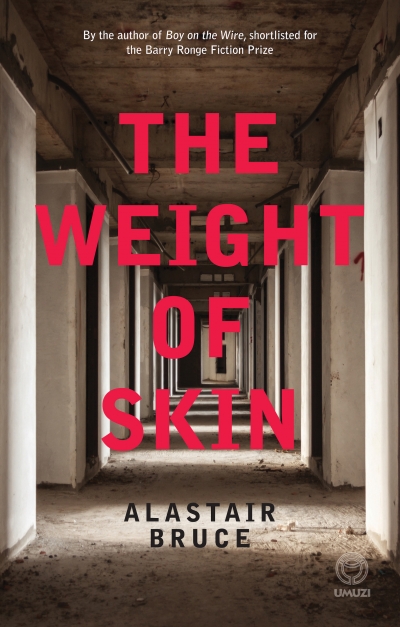 'The Weight of Skin' by Alastair Bruce.
Image: Umuzi

“You would not think it to look at you, but your voice, when you use it: akin to a god’s. You must be careful what you do with it.”

Exiled Jacob Kitara takes in injured compatriots and nurses them in a boarded-up building. Social unrest has emptied the streets of London, movement into and out of the country has been suspended, and those who remain are in hiding.

When a young man makes his appearance, insisting he is Jacob’s son — a man presumed dead, torn from Jacob’s life by war and guilt over the fate of the boy’s mother — Jacob is driven to anger.

But can this stranger offer Jacob a chance to reach back to a different continent, to the foot of Africa from where he has been banished, to atone for the past?

The Weight of Skin is a poignant tale of personal and political responsibility, and of the intricate narratives of family and nationality that bind us.

Alastair Bruce is the author of the critically acclaimed novels Wall of Days and Boy on the Wire. He was born in Port Elizabeth, spending a large part of his childhood on a smallholding outside the city. He now lives in Buckinghamshire, UK, with his wife and two young children.

Marguerite Poland details the blindness of the colonial enterprise

It is a brutal and tragic story, redeemed by Poland’s sympathetic and skilled telling
Books
2 years ago

Written even before the National Party made apartheid law in SA, Alan Paton’s ‘Cry, the Beloved Country’ would turn out to be chillingly prophetic.
Opinion & Analysis
3 years ago

New collection explores the daily lives of marginalised people who may otherwise be forgotten or dismissed.
Books
3 years ago

Years after being known only as 'Yellow', Thuli Nhlapo confronts her mother about her real father and real surname

"I hated being pregnant with you. I used to cry the whole day. I hated carrying you in my stomach."
Books
3 years ago