Love amid the horrors of being prisoners of war 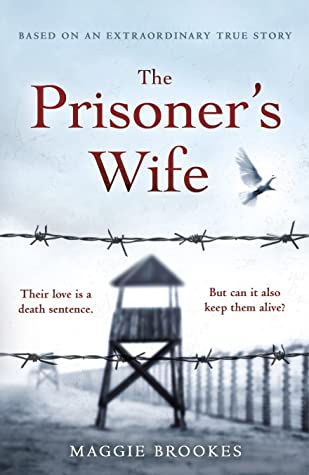 In an author’s note at the end of this novel, Maggie Brookes describes how she was told the story that is the basis for her fiction by an elderly man living in the same sheltered accommodation as her mother. He had been a prisoner of war (POW) in Eastern Europe at a time, late in World War 2, when the Germans sent prisoners to work on farms and in factories and quarries. He told Brookes an astonishing tale which she has fictionalised.

Alternating between first and third person narration, Brookes tells of British POW Bill King who, sent to work on a farm in Czechoslovakia, falls in love with the farmer’s daughter, Izabela. They marry secretly and, as the Russians advance, they make their escape, Izabela disguised as a young man.

Almost inevitably, they are recaptured by the Germans and sent back to a POW camp. Izabela pretends to be mute from shell-shock — obviously her lack of fluent English would give her away to the guards — and with the help of their hut mates, she survives their captivity, her gender and nationality hidden from her captors. It is an incredible feat, reliant on the generosity of men who are being pushed to the limit of their endurance.

Once again, they are sent out on a work detail, this time to a quarry, and again Izabela is hidden in plain sight. And all the while, the Russian guns sound closer and closer. Soon, it’s back to the camp, but only briefly. The prisoners have to set off on what is historically called the Death March, westwards through winter and away from the approaching Russians.

Brookes’ descriptions of the privations of the march through Poland and into Germany, and the sheer horror it involved, are impressive. In fact, throughout the novel, the descriptions are evocative and well done, more so than the characterisation. Neither Izabela nor Bill quite convinced me, and some of the other characters verge on the stereotypical. Perhaps it is this that triggered the nagging doubts I couldn’t help having about the whole story. Could it really have happened? I have no doubt the author believes it, but I did wonder.

'Due South of Copenhagen' is a bleak but compelling book, writes Margaret von Klemperer.
Books
8 months ago

Holocaust story is about the power of love

Some years ago, World War 1 was the hot topic for serious novelists. Now it seems to be the Holocaust that is in vogue.
Books
1 year ago