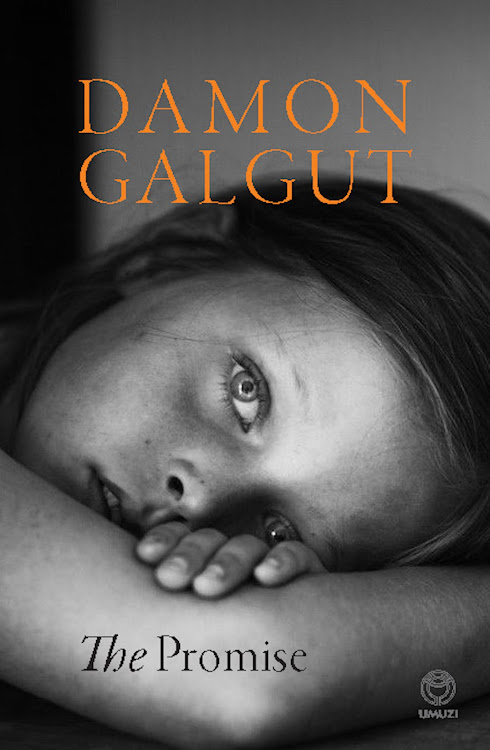 Damon Galgut's latest novel charts the crash and burn of a white South African family living on a farm outside Pretoria.
Image: Supplied

There is nothing unusual or remarkable about the Swart family, oh no, they resemble the family from the next farm and the one beyond that, just an ordinary bunch of white South Africans, and if you don’t believe it then listen to us speak...

The many voices of The Promise tell a story in four snapshots, each one centred on a family funeral, each one happening in a different decade. In the background, a different president is in power and a different spirit hangs over the country, while in the foreground the family fights over what they call their farm on a worthless piece of land outside Pretoria.

Over large jumps in time, people grow older, faces and laws and lives all change while a brother and sister circle around a promise made long ago, and never kept.

But when the words are said to her aloud, she doesn’t believe them. She closes her eyes and shakes her head. No, no. It can’t be true, what her aunt has just told her. Nobody is dead. It’s a word, that’s all. She looks at the word, lying there on the desk like an insect on its back, with no explanation.

This is in Miss Starkey’s office, where the voice over the Tannoy told her to go. Amor has been waiting and waiting for this moment for so long, has imagined it so many times, that it already seems like a fact. But now that the moment has really come, it feels far away and dreamy. It hasn’t happened, not actually. And especially not to Ma, who will always, always be alive.

I’m sorry, Miss Starkey says again, covering her big teeth behind thin, pressed-together lips. Some of the other girls say Miss Starkey is a lesbian, but it’s hard to imagine her doing anything sexy with anyone. Or maybe she did once and has been permanently disgusted ever since. It’s a sorrow we all have to bear, she adds in a serious voice, while Tannie Marina trembles and dabs at her eyes with a tissue, though she has always looked down on Ma and doesn’t care at all that she’s dead, even if she isn’t.

Her aunt goes downstairs with her and waits outside while Amor has to go back to the hostel to pack her suitcase. She’s been living here for the past seven months, waiting for what hasn’t happened to happen, and every second of that time she’s hated these long, cold rooms with their linoleum floors, but now that she has to leave, she doesn’t want to go. All she wants to do is lie down on her bed and fall asleep and never, never wake up. Like Ma? No, not like Ma, because Ma is not asleep.

Slowly, she puts her clothes into the suitcase and then carries it down to the front of the main school building, where her aunt is standing, looking into the fish pond. That’s a big fat one, she says, pointing into the depths, have you ever seen such a big goldfish? And Amor says that she hasn’t, even though she can’t see which fish her aunt is pointing at and none of it is real anyway.

When she gets into the Cressida, that isn’t real either, and as they float down the winding school drive the view from the window is a dream. The jacarandas are all in bloom and the bright purple blossoms are gaudy and strange. Her own voice sounds echoey, as if somebody else is speaking, when they get to the main gate and turn right instead of left, and she hears herself ask where they are going.

To my house, her aunt says. To get Uncle Ockie. I had to rush out last night when it, you know, when it happened.

(It did not happen.)

Tannie Marina glances sideways with little mascara-rimmed eyes, but still no reaction from the girl. The older woman’s disappointment is almost palpable, like a secret fart. She could have sent Lexington to fetch Amor from school, but instead she has come personally, because she likes to be helpful in a crisis, everyone knows that. Behind her round face with its kabuki make-up, she is hungry for drama and gossip and cheap spectacle. Bloodshed and treachery on the TV is one thing, but here real life has served up an actual, thrilling opportunity. The terrible news, delivered in public, in front of the headmistress! But her niece, the useless plump lump, has hardly said a word. Really, there is something wrong with the child, Marina has noticed it before. She blames it on the lightning. Ag, shame, she was never the same after that.

Have a rusk, her aunt tells her crossly. They’re on the back seat.

But Amor doesn’t want a rusk. She has no appetite. Tannie Marina is always baking things and trying to feed them to people. Her sister Astrid says it’s so she doesn’t have to be fat alone, and it’s true their aunt has published two cookbooks of teatime treats, popular with a particular kind of older white woman, much in evidence these days.

Well, Tannie Marina reflects, at least the child is easy to speak to. She doesn’t interrupt or argue and gives the impression she’s paying attention, all that’s required. It’s not a long drive from the school to where the Laubschers live in Menlo Park, but time feels stretched today and Tannie Marina talks in emotive Afrikaans the whole way, her voice low and confiding, full of diminutives, even though her motives are not benign. It’s the usual topic, about how Ma has betrayed the whole family by changing her religion. Correction, by going back to her old religion. To being a Jew! Her aunt has been extremely vocal on this subject for the past half a year, ever since Ma fell ill, but what is Amor supposed to do about it? She’s just a child, she has no power, and anyway what’s so wrong about going back to your own religion if you want to?

She tries not to listen, by focusing on something else. Her aunt wears little white golfing gloves when she drives, an affectation from who knows where, or maybe just a fear of germs, and Amor fixates on the pale shapes of her hands, moving on the steering wheel. If she can keep focused on the hands, the shape of them, with their short, blunt fingers, she will not have to listen to what the mouth above the hands is saying, and then it will not be true. The only thing that is true is the hands, and me looking at the hands.

… The truth is that your mother gave up Dutch Reformed and went back to the Jewish thing just to spite my little brother … It’s so she won’t be buried on the farm, next to her husband, that’s the actual reason … There’s a right way and a wrong way and I’m sorry to say your mother chose the wrong way … Well, anyhow, Tannie Marina sighs as they arrive at the house, let’s just hope God forgives her and she is at peace now.

They park in the driveway under the awning, with its beautiful green and purple and orange stripes. Beyond it, a diorama of white South Africa, the tin-roofed suburban bungalow made of reddish face brick, surrounded by a moat of bleached garden. Jungle gym looking lonely on a big brown lawn. Concrete birdbath, a Wendy house and a swing made from half a truck tyre. Where you, perhaps, also grew up. Where all of it began.

Many great books aren’t on lists such as those of The Guardian and Time Magazine. They should be
Opinion & Analysis
2 weeks ago

Film adaptation of Damon Galgut’s 'The Quarry' to be released

The acclaimed local author's debut novel is set to hit the silver screen in 2020.
Books
1 year ago

Once renowned for its shops and bustling street life, this neighbourhood is now regarded as urban slum. But is poverty and neglect all there is to ...
Lifestyle
1 year ago
Next Article