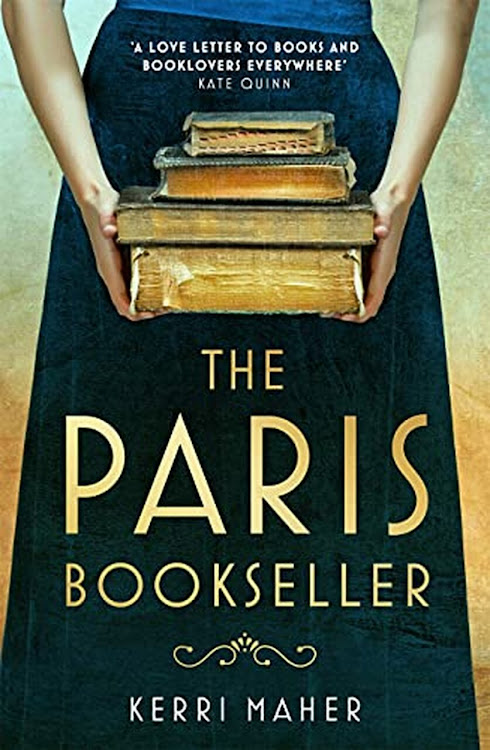 When this genre first became popular it was known as “faction”, a blend of fact and fiction. Now the term seems to be biographical fiction, taking the life of a real person, usually historical, and weaving a novel around it. Here Kerri Maher has chosen Sylvia Beach, founder in the 1920s of the famous Paris English-language bookshop, Shakespeare and Company, and the first publisher of James Joyces’s Ulysses.

Beach was part of the 1920s generation of Americans and others who settled in Paris in the hectic years after World War 1. In France to be gay was not a crime and at the time of censorship and Prohibition in America, life in Paris was freer and more appealing. Beach’s circle included Gertrude Stein, Ezra Pound, Joyce and, a little later, Ernest Hemingway. There was also a big group of French writers and intellectuals, including Beach’s long-time lover, Adrienne Monnier, who founded and ran A Monnier Bookseller, the French bookshop that was complimentary to Shakespeare and Company.

Beach’s monumental achievement was to publish Ulysses and a quick internet search shows that the famous first edition is being offered for sale now at $300,000 (about R4.8m). In the US the book was considered obscene and pornographic and the subject of court cases, so it was an extraordinarily brave thing to do, not least because of the difficult and often devious Joyce. But it makes a stunning centrepiece for Maher’s story as she deals with the vicissitudes of Beach’s work, which cost her both financially and emotionally.

For me, the author’s style, particularly in the early part of the book when Maher is setting the scene, is rather grating. As well as showing, she tells, often making the reading somewhat tedious and repetitive. But the story is a powerful one and, as Maher says towards the conclusion in what is rather obviously a piece of special pleading, that when thinking of writing a memoir, Beach wondered if the real truths of life were not best left to fiction. Real truth or not, The Paris Bookseller is an interesting take on the life of a real woman in fascinating times.

This week: the true story of how James Joyce's Ulysses was published, how dogs can learn to talk, and a novel of what happened in small-town USA in ...
Books
2 months ago

Fred Khumalo is an author who continually surprises — he’s certainly not one to stick to a tried-and-tested formula. With 'Two Tons O’ Fun' he gives ...
Books
1 month ago

JENNIFER PLATT | From Paris with obsession: this city is one for the books