Mistress of the macabre 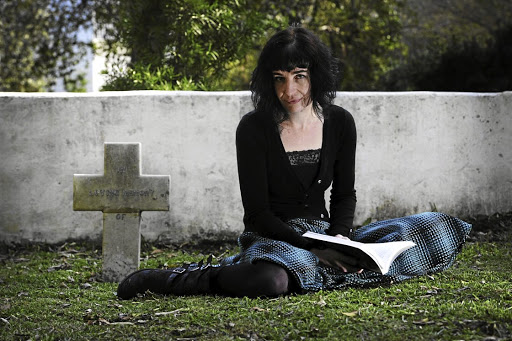 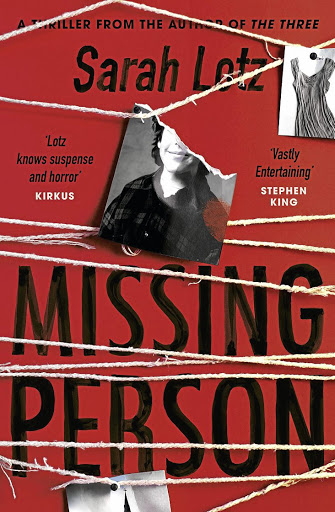 Several reviewers who commented on her previous chilling novels, particularly The Three and Day Four, suggested that Sarah Lotz was the new Stephen King. This reviewer dares to suggest that in her latest book, Missing Person, Lotz has out-Kinged King. There is nothing of the supernatural in Missing Person, but there is a lot that is creepy and sinister and menacing, and the relentless build up of anticipation is entirely Kingian. Where Lotz is even better than King is in her creation of sympathetic characters. Even the flawed and fallible ones have something that beguiles. Missing Person should be taught at creative-writing schools as an example of how to make people come alive on the page.

Shaun Ryan, a young, unambitious and not particularly hygienic bookstore assistant who stumbles through his unremarkable days in a small town in Ireland, has a similar revelation about a group of people he befriends online while searching for his Uncle Teddy, whom he'd previously thought was dead.

"I'm not usually great with strangers," Shaun tells Chris, who runs the Missing-linc website from a wheelchair-friendly trailer in backwoods America. She replies: "We're not really strangers though, are we?" And Shaun has an epiphany: "You're all like you are online. In real life I mean."

This conversation takes place some time after Shaun has travelled to the US to meet in person a group of hobbyist detectives who know each other only through their online avatars. A portion of each of their lives, for many and varied reasons, is dedicated to digging up old leads in cold cases involving missing people.

Searching for lost relatives isn't all these amateur sleuths do: they also look into unsolved murders to try and identify long-forgotten unnamed corpses. One of these is known as "the Boy in the Dress". Without giving anything away, the person who murdered this boy is now a cyber-voyeur who has joined the group to monitor their crime-solving efforts, delivering to the killer the added benefit of a macabre, voyeuristic kick.

There is no need to explain how things escalate as discoveries are made and the murderer's carefully constructed anonymity becomes threatened. But the switchback plot is only part of what makes this novel such a joy. Each member of the group also has their own share of quotidian drama - ordinary domestic struggles, triumphs and disasters - to contend with, which brings each character to vivid life while still driving the story forward with breakneck momentum.

Lotz never explains why her characters are the way they are nor why they do the things they do. She doesn't need to. They speak for themselves through tiny, seemingly insignificant details that come together to make fully formed people. After just a few chapters you feel as though you'd recognise these folks if you saw them in the supermarket.

There is no boring backstory and no enervating exposition. The author is like an absent mother who has turned her children loose to find their own way through a complex plot while she enjoys a nice glass of wine somewhere else without even thinking of them.

But of course Lotz isn't sunning herself at some island resort. She is sitting at her keyboard giving deep and careful thought to every word. Such apparent effortlessness on the page takes many months at the desk, and enormous skill.

In a phone interview four years ago, Lotz told the Sunday Times: "The joy is in the writing. It really is all about sitting behind my computer and making shit up."

It might be that the writer who is able to create the most believable characters is the person with the least inflated ego. Generosity, curiosity, empathy and a total lack of self-importance might be the magic ingredients that result in the best fiction.

For Sarah Lotz, the joy is in the writing. For everyone else, the joy of a Lotz novel is most definitely in the reading. @deGrootS1

Quick cuts by Sarah Lotz, one half of SL Grey Best line you've ever read?George V Higgins's ''the night was as dark as a car full of assholes".Best ...
News
6 years ago

The haunting of Green Valley

Louis Greenberg's cyber noir novel is a chilling horror story of a near future, writes Diane Awerbuck
Books
2 years ago

Finding horror in a journo's notebook

What's in the water in Cape Town these days? Two of the hottest international reads of the last two years have sprung from the pens of young Cape ...
News
7 years ago

The King has spoken - Stephen King, that is, who has doled out praise to both Lauren Beukes and Sarah Lotz for their outstanding labours in the ...
Lifestyle
7 years ago