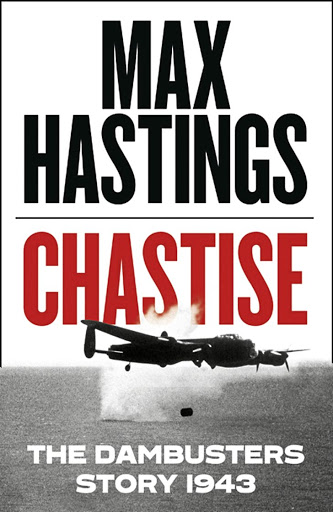 While previous accounts tend to glamourise the Royal Air Force's May 1943 Operation Chastise raid as a daring game-changer and idolise those involved, Hastings takes a more neutral but no less interesting look at how the raid was conceived, reluctantly accepted by Bomber Command chief Sir Arthur Harris, and planned and carried out by Wing Commander Guy Gibson's Lancaster squadron.

He follows the development of Barnes Wallis's innovative bouncing bomb, which was a remarkable technical success but never used again in the war - a smaller spinoff for naval use never made it into combat.

The renowned journalist provides an excellent overview of Bomber Command, having written authoritatively on the subject in the past, as well as an exciting and detailed account of the raid itself.

He has well balanced and incisive character studies of all those involved and, unusually for most accounts, devotes a fair bit of detail to the effects of the raid, particularly on the local German population as well as the forced labourers from occupied lands - half the dead from the flooding in Germany were forced labourers and prisoners of war.

Hastings takes an honest and critical look at the effectiveness (and lack thereof) of British wartime bombing and analyses the failure to follow up with further raids on the dams that could have stopped their rapid reconstruction.

The Chastise raid was ultimately not the massive war-altering move it was expected to be but was still an impressive feat and provided immense propaganda to Allied forces desperately in need of good news.

Chastise: The Dambusters Story 1943 is highly recommended for its detail, historical accuracy, fresh perspectives (with a lot of new material published) and balance, especially from the German side. It is well written and sure to entertain even those who have only marginal interest in World War 2 history.

In 'Gunship over Angola', Steve Joubert combines an extensive amount of factual information on the military, as well as the details of his personal ...
Books
2 years ago

By telling the story of one family's struggle for survival under the Nazis, this book brings into focus the plight of today's refugees from terror, ...
Books
2 years ago