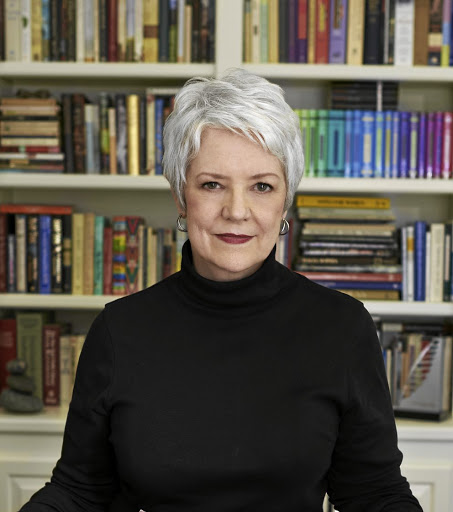 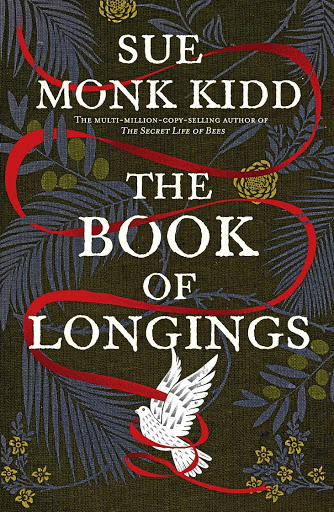 "I am Ana. I was the wife of Jesus ben Joseph of Nazareth. I called him Beloved and he, laughing, called me Little Thunder." Thus reads the opening passage of The Book of Longings - a novel with a premise that entered pop culture's imagination through Martin Scorsese's controversial and acclaimed The Last Temptation of Christ and Dan Brown's The Da Vinci Code.

Unlike Scorsese and Brown, Sue Monk Kidd - author of The Secret Life of Bees - postulates that Jesus wasn't married to, or engaged in salacious affairs with, the sex worker Mary Magdalene, but rather Ana - a feisty teen with masked feminist principles and a penchant for composing poetry, who yearns for more than her sheltered, privileged life. #Goalz, but sjoe, does she struggle to shake her upper-crust tendencies after wedding Jesus .

The place is Sepphoris, the year 16-17 CE. As the daughter of the head scribe to "our tetrarch, Herod Antipas", Ana has been born into the upper echelons of society with all the archaic expectations synonymous with capital-S Status.

Her father is a patriarchal jerk; her mother a silk-stocking society lady. As members of Sepphoris's one-percenters, their idea of perfect parenting includes marrying her off as soon - and as grandly - as possible. And enough with the reading and writing! (A sentiment shared by yours truly. You like to write. We get it.)

They've already failed to carry on the family lineage through their son, for Ana's adopted brother is the one and only Judas, depicted as the classic trust-fund baby who rejects his parents' wealth and power in favour of progression for the proletariat.

Unbeknown to Ana, a suitable husband is found - a widowed 60-something who conveniently happens to be "an acquaintance of Father". It's en route to meeting her betrothed that Ana has her first encounter with Jesus.

Characters: a veiled Ana and a dishy, thread-spinning dude giving her the eye.

And womxn, oh, womxn does she wax lyrical about his oculi: "I should've looked away, but I could not. His eyes were the most remarkable thing about him, not for their beauty, though they were beautiful in their way - widely spaced and black as my blackest ink - but it wasn't that. There was a tiny fire in them, an expressiveness I could see even from where I stood. It was as if his thoughts floated in the wet, dark light of them wanting to be read."

Yet Ana isn't an objectifying creep: Monk Kidd clearly tried her best to create a space for women in a time wherein their essence was diminished and basic rights non-existent.

Notably via the character of Ana's aunt Yaltha: a BSE (Before Steinem Era) feminist who motivates her to challenge societal norms; to think for herself. She encourages her to write about powerful women of the past whose histories have been erased: Jewish women who led synagogues, female pharaohs, Egyptian queens, Jezebel, Eve, Bathsheba.

Furthermore, Yaltha has some pretty fire disses deserved solely for men, the most memorable being "bags of rotten foreskins!" You tell 'em, tannie!

It's also thanks to Yaltha that Ana can continue chaafing Jesus. She suggests that Ana hides her scrolls detailing the lives of these women - and her woke poetry - in a cave on the outskirts of Sepphoris. The very same caves where Jesus carries out his daily prayers.

Their courtship is sweet and puritanical, yet many an inadvertent lol was elicited by the era-specific prose, including the wording of the following extract:

Monk Kidd clearly tapped into her inner 21st-century Herodotus while writing the novel, for The Book of Longings is impeccably researched, blending fact with fiction in minute detail.

Maybe too minute, though - if Ana were to have adopted the Messiah's moniker, it would have been less "Ana of Nazareth" and more "Ana of Narrative", since exposition is as abundant as the numerous references to consuming bread in all its historic glory. (Obviously the BCE-squad were immune to gluten-intolerance.)

Even a segment of the book in which Ana must be smuggled out of Egypt - in a coffin, nogal - reads as dull and languid owing to its superfluous specifics.

A dramatis personae would have been helpful as well - Monk Kidd presents us with a plethora of characters (as in enough to rival the Russian greats. And their names aren't "Jack" and "Jill").

Jesus ain't exactly hubby of the century either - the duo spent two years apart as he spreads the gospel and Ana is just like, *Shrug*, guess I'll settle for hankering and connubial fidelity. And yes, Penelope - who spent 20 chaste years waiting for her beloved Odysseus to return from his epic journey - is mentioned, although Ana's stance is very much one of the "meek and mild married meisie" stereotype: "I felt a remote kinship with Penelope. I knew a great deal about waiting for men."

In her author's note Monk Kidd elucidates her - justifiable and necessary - intention to give a voice to the voiceless, yet The Book of Longings makes one long for a "preach, sistah!" as opposed to "Sue Monk Kidd created one preachy sister".

Maggie O'Farrell's fictionalised account of the story behind Shakespeare's most famous play is spellbinding, writes Kate Sidley
Books
8 months ago

'A Long Petal of the Sea' is a masterful work of historical fiction about hope, exile and belonging
Books
10 months ago
Next Article