Mark Winkler writes about the origins of his novel 'Due South of Copenhagen' (Umuzi), shortlisted for the 2021 Sunday Times CNA Literary Awards. 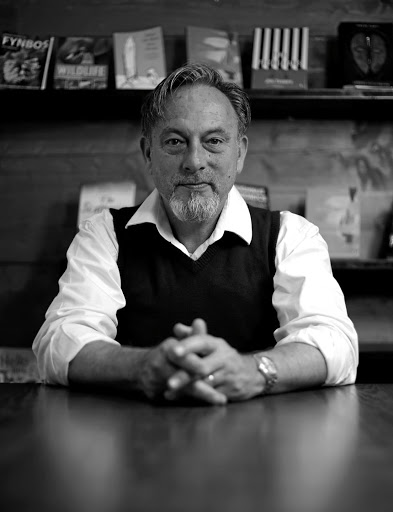 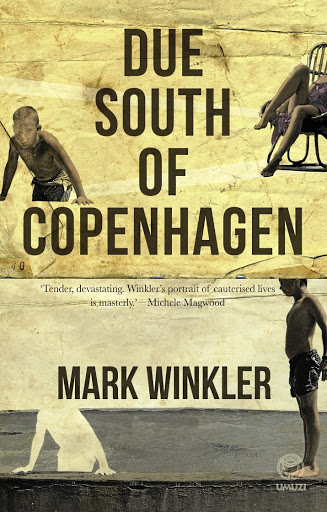 Due South of Copenhagen is a skilled examination of memory and culpability. Max Fritz lives quietly in a small Lowveld town, the editor of the local newspaper. Seemingly contented, he is shadowed by his childhood, and by the Border War he was forced to take part in. When news of a boyhood friend reaches him, the past rears up painfully.

Mark Winkler on the genesis of Due South of Copenhagen:

A few years ago, a fellow conscript sent me a photograph of my 19-year-old self doing rude things to a large machine gun on a Zambezi gunboat way back in February 1985. I had completely forgotten the event, but the pic had the effect of a long-ago aroma, bringing with it a slew of recollections of that time - along with an inescapable sense of shame at having allowed myself to become part of the SADF machine in the first place.

Similarly, Maximilian Fritz's story is sparked by a long-forgotten photograph as he packs up his office on his last day as editor of a small-town newspaper, and his narrative unravels with an exploration of personal and social history through the cracked and clouded lens of memory. While the novel probes the damages of conscription wrought upon a generation of young men, it examines also how social structures of the time - family, school, church, community - ensured complicity and collusion in a system sustained by entrenching the divisions between the entitled and oppressed. Ultimately, Max understands that the most egregious manifestation of privilege is the possibility it offers of avoiding culpability and accountability, often at the expense of others.

We'd got to be friends, Karl Udengaard and me, mostly because of the Nazis. You couldn't get a surname more German than Fritz. I didn't even need a nickname. Just "Fritz" would do. Unless it was "Fritz Fritz". That Karl's surname was Danish didn't matter to the other kids. It sounded German unless you knew better, or cared. It didn't help that Ove Udengaard spoke German to old Willie Fritz, or that Willie Fritz's German accent clung fast even after twenty years. The War had ended more than thirty years earlier but the resentments were fresh. Even out here in the bush, nine thousand miles from the battlefields of Europe, every boy had a grandfather or an uncle who'd fought the Jerries, or died by them. Every boy had a Bren gun made out of a bluegum stick or fresh air and an endless supply of make-believe hand grenades on his belt. Every boy believed the entire German language was made up of the words "achtung" and "schweinhund".

One day, when Hulk Vermaak was beating me up, again, for being a stinking Kraut, the new boy Udengaard came up and brained him with a hockey stick. Someone phoned Vermaak's mother and someone else took him to hospital for stitches. We were dragged off to the headmaster, Karl Udengaard and me. Old Skilpad Vermeulen said he would have expelled us if he could have, but he couldn't because there was no other school for us to go to, and what with the year-end exams upon us any day now. I could hear Karl's narrow Nordic nose going like a wheezy air filter while Skilpad Vermeulen lectured. Then Vermeulen made a show of selecting the whippiest cane from the dozen or so in the stand behind his door, taking them out one by one and bending them one way and the other, slashing them this way and that, forehand and backhand like he was playing squash, while we watched. First Karl had to bend over and hold the armrests of the chair while Vermeulen gave him six of the best, and then it was my turn. He took his good time between each stroke, Vermeulen did. You could hear that cane whistle through the air before it hit, and the sound told you how much it would hurt. I didn't really cry afterwards, hopping up and down and rubbing my arse in the corridor outside Skilpad Vermeulen's office, but Karl looked at me with those cold, dry northern eyes and he lifted a corner of his lip and punched me on the shoulder so hard the muscle twitched. "Harden up, Fritz, for fuck's sake," he said and stalked off.

Next Saturday Karl Udengaard appeared at Willie Fritz's garage on his shiny Chopper. It wasn't even nine o'clock and already the cicadas were going. The Idiot was sweeping the forecourt, stirring up clouds of dust with his broom, making everything dirtier instead of cleaner, but there was no use stopping him. Every now and then Samson stood up from his oil drum to fill up a car. Or else he just sat there, smoking those cigarettes he made by rolling Boxer tobacco in strips of newspaper. Me, I was sitting in the shade on the old Valiant seat we used as a bench, the dog at my feet. Reading a book, a Louis L'Amour or a Wilbur Smith or something. Manny the Porra let me borrow the second-hand books from the bookstand in his café for free, and sometimes the comics too, as long as I gave them back in good nick and cleaned the carburetor of his Kombi every now and then.

Karl came skidding broadside to a stop and kept his hands on the handgrips, probably because he thought it looked cool, like Jack Nicholson on a Harley or something. The Idiot stopped sweeping and gaped.

"What?" Karl said and the Idiot pulled his head down between his shoulders and began to gnaw at the end of his broom handle. Then Karl looked at the book in my lap. "Reading is for girls," he said. "Come. I want to show you something."

After a break of a year, when Covid-19 disrupted the awards, we are pleased to announce the finalists for these prestigious prizes that recognise the ...
Books
4 months ago

Marguerite Poland writes about the origins of her novel, 'A Sin of Omission' (Penguin), shortlisted for the 2021 Sunday Times CNA Literary Awards.
Books
4 months ago

'Due South of Copenhagen' is a bleak but compelling book, writes Margaret von Klemperer.
Books
1 year ago