Prepare for a deluge of excellent novels coming this year, which makes it extremely difficult to decide which ones to highlight, but alas we have to pick and choose. So here’s our suggestions for fiction titles for the first six months of the year, both local and international

Must reads Books books and more fab books of the year
Image: Supplied

Out on shelves now is what everyone is calling the book that is set to be the most talked-about book of this year — Wahala by Nikki May (Doubleday). It’s blurbed as, “a fabulous debut novel: a multicultural Sex and the City with a killer edge: for fans of Expectation, Queenie and My Sister The Serial Killer.”

Also out now is How to be a Revolutionary by CA Davids (Umuzi). Jennifer Nansubuga Makumbi, author of The First Woman and A Girl is a Body of Water writes: “This placing side by side of a Chinese, a South African and an African-American together should not work, yet she makes it do so authentically. It is a brave book and I pray that the world reads it with as much delight as I have and sees what a beautiful thing CA Davids has created.”

Most exciting is there will be a new Marian Keyes out called Again, Rachel (Michael Joseph). The blurb: “Back in the long ago nineties, Rachel Walsh was a mess. But a spell in rehab transformed everything. Life became very good. These days, Rachel has love, family, a great job as an addiction counsellor, she even gardens. Her only bad habit is a fondness for expensive trainers. But with the reappearance of a man she’d once loved, her life wobbles. Is she about to discover that no matter what our age, everything can change? Is it time to think again, Rachel?”

It doesn’t Have To Be This Way by Alistair Mackay (Kwela) is a debut novel set in a not-too-distant dystopian Cape Town where everything has gone to crap, except for those living in virtual reality in The Citadel. Spanning from the present day until the dystopia, it traces the story of three men as they face the rapid unravelling of the world around them. So meta.

Two Tons o’ Fun by Fred Khumalo (Umuzi) is probably what it says on the back and a whole lot more — “rich and humorous, this vibrant coming-of-age story sees a young woman uncover her skill as a writer, explore her sexuality, travel, and finally understand her mother”. Set in Alexandra in Johannesburg. 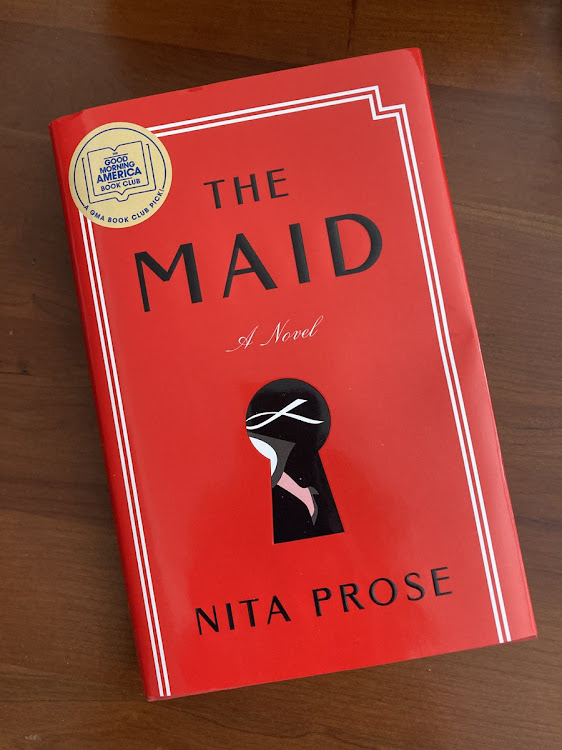 The Maid by Nita Prose One of the most anticipated books for 2022.
Image: Nita Prose

March brings the most unlikely pairing of Dolly Parton and James Patterson. Run, Rose, Run (Century) is, according to the publishers, “a thriller about a young singer-songwriter on the rise and on the run, and determined to do whatever it takes to survive. Nashville is where she’s come to claim her destiny. It’s also where the darkness she’s fled might find her. And destroy her.” Sounds entertaining, and who can resist anything from Ms Parton.

Debut novel from Quraisha Dawood called Stirring the Pot (Penguin Fiction) is an intimate look into of the lives of a group of Muslim women who live in a block of flats in Durban called Summer Terrace. It’s a vibrant story of madams and maids, women and their husbands, secrets and lies, a wedding, a death, a theft, Ramadan, and delicious recipes for traditional cuisine to boot.

Those who read A Little Life by Hanya Yanagihara have either loved it or have been devastated by it, or both actually. To Paradise (Picador) seems to have the same eternal elements of love and loss. At 700-plus pages it is an ambitious undertaking spanning 200 years.

Sally Andrew is baaaack! This time with The Milk Tart Murders (Umuzi). Tannie Maria and Henk are at the movies when Oom Frik dies, and it might be murder because the Oom had many sought-after treasures. A second death occurs and there is a clue — a letter addressed to Tannie Maria asking for advice and a milk-tart recipe.

Vivian de Klerk’s debut novel Not to Mention was warmly received by critics and readers and now her sophomore Serpent Crescent (Picador Africa) seems likely to have the same reception. It has a full-on Karen called Megan, a pillar of society who takes matters into her own hands in the small rural town of Qondo and gleefully metes out punishments she feels the perpetrators deserve. Horrifying, poignant and hilarious.

The Man Who Loved Crocodile Tamers is by far the best title of a book this year. The latest by Finuala Dowling (Kwela) is about Gina, who wants to write a fictional account of her father Paddy, who left few clues about his life. She knows that he was once engaged to the famous crocodile tamer Koringa. For the rest, Gina must imagine her way into the life of the father who died an alcoholic when she was 11 years old.

The Maid by Nita Prose (Ballantine Books) is New York Times Editor’s Choice. Molly, whose granny looked after her, struggles with social skills, but at 25 years old has to look after herself now that her gran has died. Molly takes comfort in her routine as a maid at the Regency Grand Hotel but her orderly life is upended the day she enters the suite of the infamous Charles Black, only to find him dead. 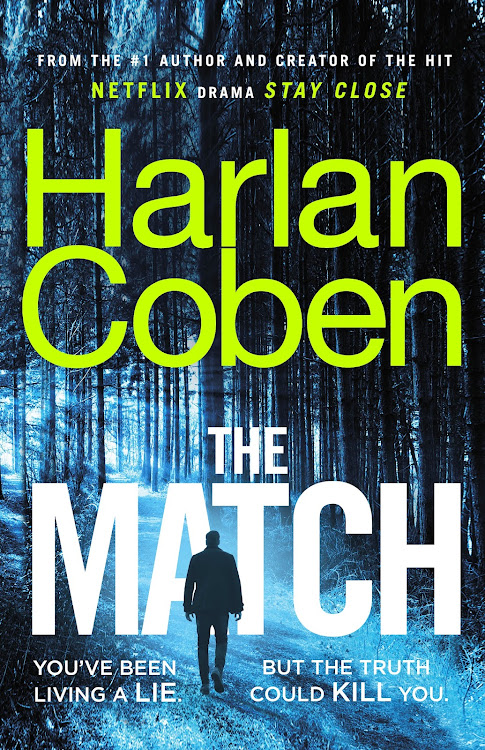 Binged all the series on Netflix that are based on Harlan Coben's books? He got you, boo. You can binge read his latest book The Match (Grand Central Publishing), which features Wilde who follows a tip that he hopes will finally solve the mystery of his abandonment, but instead sends him straight into the arms of a serial killer.

Hammerman: A Walking Shadow by Mike Nicol (Umuzi) is sadly the fifth and final book in Nicol’s thriller series featuring Vicki Kahn and Fish Pescado. If you haven’t read the series yet, start now. You won’t regret it.

The new novel from million-copy bestselling author of We Are All Completely Beside Ourselves, Booth by Karen Joy Fowler (Serpent’s Tail) is an epic novel about the infamous, ill-fated Booth family. Charmers, liars, drinkers and dreamers, they will change history forever (like assassinating Abraham Lincoln).

Sunny (Hodder & Stoughton) is an honest and warm novel from actor, comedian and writer Sukh Ojla. Thirty-year-old Sunny lives two lives — to her friends she’s always fun and on hand to share hilarious and horrifying date stories. But while they’re all settling down, Sunny is back in her childhood home, making samosas with her mum, hiding gin-in-a-tin in her underwear drawer and sneaking home in the middle of the night after dates. But how long can she keep it up for?

Payback by Priscilla Holmes (Modjaji) is the second in her crime-fiction series with Thabiso Tswane as a top investigative detective. A fast-paced action-packed thriller. Set mostly in Joburg.

Young Mungo by Douglas Stuart (Pan Macmillan). The Observer writes: “After the extraordinary success of Shuggie Bain, his second novel, Young Mungo, is another beautiful and moving book, a gay Romeo and Juliet set in the brutal world of Glasgow’s housing estates.”

The Candy House by Jennifer Egan (Simon & Schuster) is named the most anticipated book of the year by Time, Entertainment Weekly, Vogue, Good Housekeeping, Oprah Daily, Glamour, BuzzFeed, and Vulture. It’s a “sibling novel” to her Pulitzer Prize-winning, A Visit from the Goon Squad. 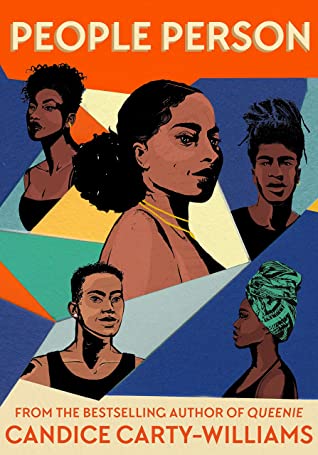 Flipped by Tracey Hawthorn (Modjaji Books) is a whodunnit with a twist. Set in a rural town in SA, two teenage girls on their way to a party disappear without a trace. Six years later, a young woman vanishes on her way home from work. Detective Tamara Cupido investigates both cases.

Queenie by Candice Carty-Williams won the British Book Awards Book of the Year & Debut Book of the Year 2020. It was a refreshing, funny, groundbreaking novel that tackled serious issues with a light yet sure touch. Her new novel People Person (Simon & Schuster) grabs you by the blurb: “If you could choose your family... you wouldn’t choose the Penningtons. Dimple Pennington knew of her half siblings, but she didn’t really know them. Five people who don’t have anything in common except for faint memories of being driven through Brixton in their dad’s gold jeep, and some pretty complex abandonment issues. Dimple has bigger things to think about. She’s 30, and her life isn’t really going anywhere. An aspiring lifestyle influencer with a terrible and wayward boyfriend, Dimple’s life has shrunk to the size of a phone screen. And despite a small but loyal following, she’s never felt more alone in her life. That is, until a dramatic event brings her half siblings Nikisha, Danny, Lizzie and Prynce crashing back into her life. And when they’re all forced to reconnect with Cyril Pennington, the absent father they never really knew, things get even more complicated.”

Murder, mystery and a riotous romp through Ancient Rome

Bron Sibree chats to Lindsey Davis about the latest book in her lighthearted and witty Flavia Albia detective series.
Books
4 months ago