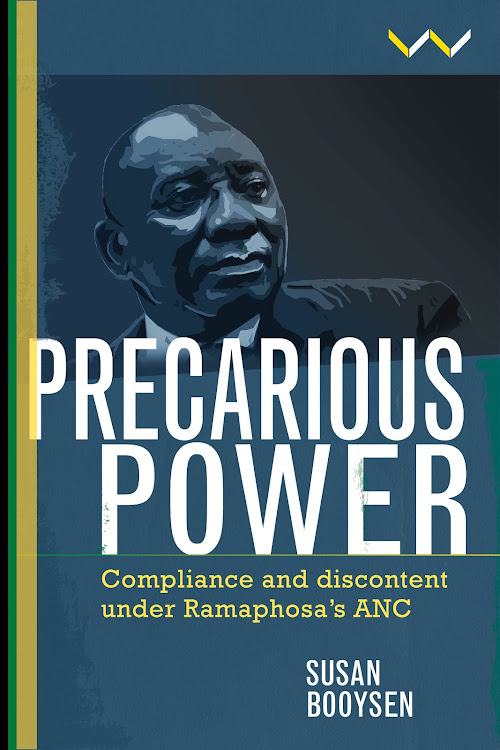 Relying on a diversity of sources including direct observation of local settings, adept interpretation of opinion polling, shrewd deciphering of party paperwork and a battery of informant testimony, Susan Booysen deploys her unique skill-set to tell a story that is both analytically incisive and narratively thrilling. This is an instant classic that will shape the political science field for decades.
— Tom Lodge, Professor of Peace and Conflict Studies, Department of Politics and Public Administration, University of Limerick

... an important contribution to understanding the changing character of ANC politics, civic discontent and weaknesses in the system of governance, post-Zuma.
— Mzukisi Qobo, Director and Head, Wits School of Governance, University of the Witwatersrand, Johannesburg

Few people in South Africa understand the ANC and political power better than Susan Booysen. In this third volume dissecting the governing party, she presents a carefully researched and thoughtful work that never avoids complexity, yet remains accessible.
— Judith February, author and columnist

What happens when a former liberation movement turned political party loses its dominance but survives because no opposition party is able to succeed it? The trends are established: the ANC is in decline. Its hegemony has been weakened, its legitimacy diluted. President Cyril Ramaphosa’s appointment suspended the ANC’s electoral decline, but it also heightened internal organisational tensions between those who would deepen its corrupt and captured status, and those who would redeem it. The Covid-19 pandemic has heightened its fragility, and the state’s inability to manage the socio-economic devastation has aggravated previous faultlines. These are the undeniable knowns of South African politics; what will evolve from this is less certain.

In her latest book Precarious Power Susan Booyen delves deep into this political terrain and its trajectory for SA’s future. She covers an expansive range of topics, from contradictory party politics and dissent that is veiled to retain electoral following, to populist policy-making and the use of soft law enforcement to ensure that angry citizens do not become further alienated.

Booysen’s analysis reveals Ramaphosa to be a president who is weak and walking a tightrope between serving the needs of the organisation and those of the nation. While he rose to the challenge of being a national leader during the Covid-19 pandemic, the crisis has highlighted existing inequalities in SA and discontent has grown. The ANC’s power has indeed become exceedingly precarious, and this seems unlikely to change in the foreseeable future.

This incisive analysis of ANC power – as party, as government, as state – will appeal not only to political scientists but to all who take a keen interest in current affairs.

LISTEN | 'Shadow of Liberation' authors discuss whether ANC sold out

Did leaders and comrades "sell out" the ANC? This is a question many South Africans have grappled with since the birth of our democracy.
Books
2 years ago

Brent Meersman rattles the cage with reflections on our democracy

History, big picture philosophy, grassroots journalism and a novelist’s eye – animated by a genuine sense of moral indignation at the current state ...
Books
1 year ago