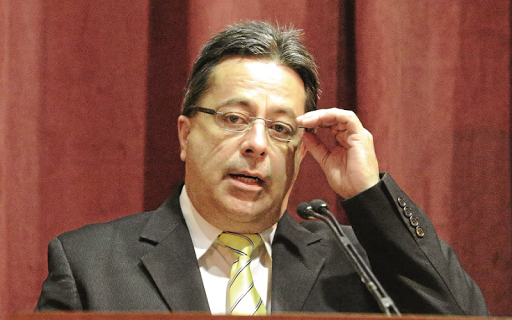 When news about irregularities broke Steinhoff executives waited the whole day for former CEO Markus Jooste to make a presentation, but he did not arrive. Instead he submitted his resignation.
Image: SUNDAY TIMES

On Wednesday‚ in Parliament‚ director and chairman of Steinhoff’s audit committee and former Absa CEO Steve Booysen recounted the dramatic discovery on Monday December 5 of the alleged accounting irregularities which have rocked the group and led to the resignation of former CEO Markus Jooste.

Booysen told a hearing on the Steinhoff scandal held by the finance‚ public accounts‚ and public service and administration committee that he only got confirmation of alleged accounting irregularities at 9.45am on that day.

The auditors had raised issues on September 20 for management to resolve. Management engaged with the external auditors and the result of this work was presented to Booysen on November 14. From then on‚ Booysen worked full-time with the company until December 14.

Former Steinhoff CEO and major shareholder Markus Jooste has been reported to the Hawks for suspected offences under the Prevention and Combating of ...
Business Times
3 years ago

As soon as the confirmation of the accounting irregularities was received on December 5‚ Booysen told MPs‚ then Steinhoff CEO Markus Jooste was called in to explain the transactions‚ accounting entries and‚ "more importantly"‚ the cash flow of certain transactions.

Jooste sent an SMS to Booysen‚ which led Booysen to conclude that it was confirmation of the accounting irregularities. Steinhoff executives waited the whole day for Jooste to make a presentation about the alleged irregularities‚ but he did not pitch up. Jooste then offered his resignation to the group’s chairman at 7.45pm that evening.

Booysen said the time period in which the allegations were investigated might seem long‚ but this was because there was "collusion" — not only inside the company but also outside it as well.

"That makes it complex because you need to go through legal processes to obtain information in these havens such as Switzerland where there is a lot of protection for external parties."

The Government Employees Pension Fund (GEPF) held 428-million shares in Steinhoff with a market value of R24bn at end-November‚ a week before the ...
Business Times
3 years ago