Treasury comes out to bat for Capitec and wants Viceroy probed 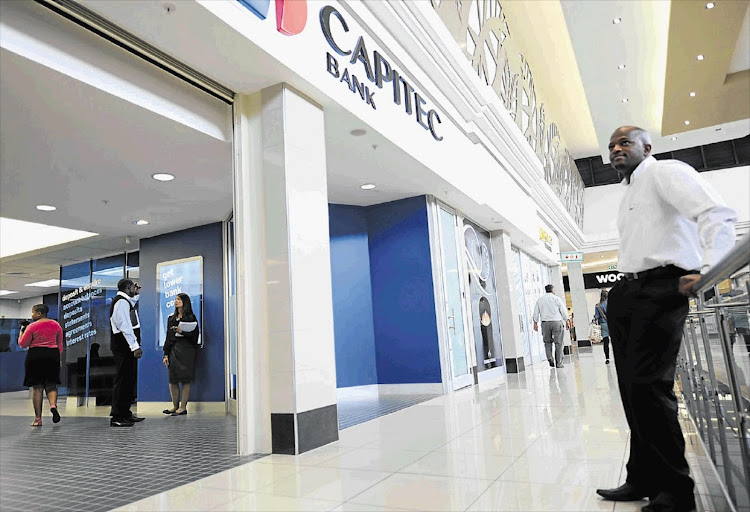 Treasury said it was “satisfied with the assurance from the South African Reserve Bank that Capitec is well capitalised‚ liquid and solvent‚ and meets all prudential requirements.
Image: GALLO IMAGES

Capitec Bank received a massive boost from government on on Thursday‚ with the National Treasury saying it has raised the issue of a Viceroy report released this week with relevant authorities – and that it was satisfied that it did not have to put the bank under curatorship.

On Thursday‚ Treasury said it has been in constant contact with the registrar of banks since the report was released earlier in the week. Treasury added it was “satisfied with the assurance from the South African Reserve Bank that Capitec is well capitalised‚ liquid and solvent‚ and meets all prudential requirements.

“This means that the funds of depositors are safe‚” Treasury said in a statement.

But it now wants something done on the conduct of Viceroy.

“National Treasury has requested that the Financial Services Board (FSB)‚ as the market regulator‚ working with the JSE‚ urgently consider whether it should initiate a market abuse investigation into the conduct of Viceroy‚ and to ensure that it is regulated appropriately.

The Economic Freedom Fighters have called on the SA Reserve Bank to investigate allegations that Capitec Bank has engaged in reckless lending‚ as ...
Politics
4 years ago

“The FSB is requested to also alert relevant overseas regulators‚ like the Securities and Exchanges Commission in the USA and the Financial Conduct Authority in the UK‚ to consider whether Viceroy is regulated appropriately‚ and to consider whether it has transgressed any of their market conduct and market abuse laws that aim to protect investors‚” the statement said.

In the controversial report‚ Viceroy stated that it had legal documents showing that Capitec advised and approved loans to delinquent customers in order to repay existing loans. These documents also show Capitec engaging in reckless lending practices as defined by South Africa’s National Credit Act‚ the report said.

Capitec described the report as on that “is filled with factual errors‚ material omissions in respect of legal proceedings against Capitec and opinions that are not supported by accurate information”.

The South African Reserve Bank noted the report but said that Capitec Bank is solvent‚ well capitalised and has adequate liquidity.

National Treasury said it noted the reckless manner in which Viceroy released the report. It echoed sentiments of many market analysts who said Viceroy was short selling in Capitec shares ahead of the release of its report “and stood to benefit substantially from forcing the Capitec share price to fall by publishing its speculative report about the bank”.

“Whilst the Treasury expects prudential and market conduct regulators in SA to consider all relevant reports in the public domain‚ and to act where any risks or transgressions in the law are identified‚ Treasury is of the view that the Viceroy report provides no basis to put any bank under curatorship‚” Treasury said.

Capitec Bank chief executive officer Gerrie Fourie has fired back at the Viceroy Research Group‚ accusing it of being one-sided and having a profit ...
News
4 years ago

The shocking report released by Viceroy painting Capitec Bank as a loan shark is a way for Viceroy to make money‚ says Professor Jannie Rossouw of ...
Business Times
4 years ago