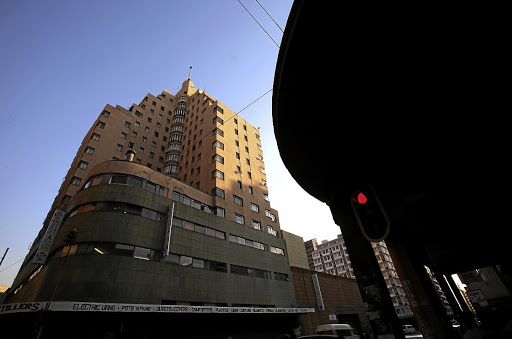 The City of Johannesburg says it will give private housing developers cost breaks to push them to create inclusionary housing at every development from 2019 onwards.

Reuben Masango, member of the mayoral committee for development planning, said the city would release a housing policy in the first quarter of 2019, which would detail models that  private companies could use so that each residential development they brought to market would have an affordable housing component.

He said the call for private players to help the city alleviate its housing shortage was being heeded, but more of them needed to accommodate “inclusionary” housing units. This is despite arguing that it was very difficult to manage these units and expensive to build the units, which could then be let for R800-R1,000 a month.

“You guys need to get creative. We want people in our city to be provided with dignified housing." said Masango.

"Johannesburg is growing at a rapid rate with 3,000 people entering the city a month in search of work and a place to stay. We have to work together to undo the spatial problems created by the apartheid system. Our inclusionary housing policy will be mandatory, but it will also incentivise business. We can right the wrongs of the past, but we need to do it together.”

Masango said that the policy would “in a nutshell” require one in 20 residential units to be affordable in Johannesburg.

Sixteen years after a Cape Town hospital closed‚ it is a step closer to becoming home for thousands of families.
News
3 years ago

Africrest Properties director Justin Blend said his company and many other developers recognised the strong demand for residential property, but it was difficult to build and then manage housing at rentals of less than R1,000 a month.

“We have tended to focus on middle-income housing over the past few years. There is a demand for housing at the very entry level, but costing this and then managing it without making losses is challenging. We have seen it done in New York, for example, but there were subsidies by the government there,” he said.

Johannesburg mayor Herman Mashaba said earlier in 2018 that the city had identified about 500 buildings that were either hijacked or abandoned. He wanted to release them to property developers, who could turn them into affordable housing structures charging tenants R800-R1,000 a month.

However, most developers who entered the residential market over the past four years have decided to create housing with rentals of about R2,000 a month for their least expensive units, saying any rental below this would make the investment unfeasible.

The Village will contain 530 rental apartments once its second phase has been completed.

The City of Cape Town is planning to sell land valued at R144-million for just R1.8-million to provide 850 new homes.
News
3 years ago

Its first phase, which has been completed, consists of 240 apartments with rentals ranging  from R3,500 to R8,000 a month.

Africrest is developing three other sites around Johannesburg. By June 2019, it would have developed 800 apartments. By December 2020, Africrest will have a portfolio of at least 2,000 apartments.

Is something brewing in Hillbrow?

The City of Johannesburg will release 71 properties‚ consisting of 119 erven‚ for development in and around the inner city - mostly to benefit the ...
News
4 years ago

Researcher‚ activist and author Dr Crispian Olver has questioned whether the City of Cape Town has something to hide‚ after he was refused access to ...
News
4 years ago

Joburg to give 600 title deeds to poor residents

The City of Johannesburg will for the next two weeks be handing over more than 600 title deeds to some of the destitute residents in the city.
News
4 years ago