In a briefing to MPs, Eskom chair Jabu Mabuza noted that the utility’s debt was approaching R450bn and could not be serviced by revenue alone 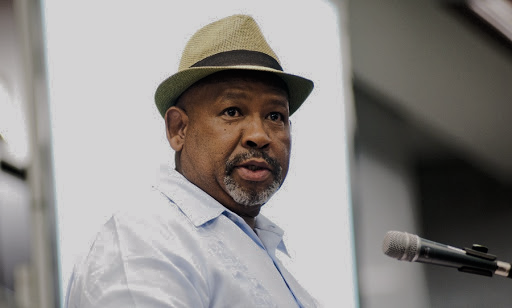 The only short-term option to salvage Eskom, whose debt has reached R450bn, was government support, the state-owned power utility’s chair, Jabu Mabuza, told MPs on Tuesday.

In addition, finance minister Tito Mboweni announced a support package of R23bn for 10 years in his February budget speech.

Eskom does not generate sufficient revenue to service its debt, which had reached its limits, and its liquidity has deteriorated, Mabuza said.

Without government support, it would have run out of money by October.

He said Eskom wanted to renegotiate the commercial terms of its independent power producer contracts.

A sustainable level of debt for Eskom should be five times earnings before interest, tax depreciation and amortisation (ebitda), Mabuza said. With an ebitda of R40bn, Eskom could sustain debt of R200bn requiring that R250bn be removed off its balance sheet by a debt transfer to the government.

He said the current situation in which Eskom found itself was unsustainable. It had to borrow to service its debt, revenue growth had been about 1% a year over the past 10 years; tariff increases had not been cost reflective; and it had R38bn in receivables outstanding.

“Cost savings alone will not solve Eskom’s financial health. The only long-term solution is for the electricity price to migrate to cost reflectivity,” Mabuza said. He said that a lot of cost savings could be achieved in its procurement, which was inefficient. Eskom was more often than not a price taker.

He noted that up to this point Eskom’s balance sheet had subsidised the consumer and government support was now required to do that. The only alternative was for the electricity price to rise to reflect costs.

Operating costs had ballooned and reached R151bn in 2019 while sales had decreased, especially to the mining sector. The business operating model was outdated and stretched and Eskom could no longer operate on this basis. It was in a “death spiral”.

Invoiced municipal arrear debt including interest now stood at R19.9bn. Because of Eskom’s sustained inability to collect its municipal debt, its auditors were no longer prepared to recognise it as revenue.

Cash-strapped power utility Eskom could be forced to shut some plants if it fails to reduce emissions, its chief operating officer warned on ...
News
1 year ago

But he stressed that the turnaround would mean pain for stakeholders, including government and labour.

Debt levels in future would be maintained by ensuring that capital expenditure equalled redemption amounts. Both troubled Medupi and Kusile power stations, would be completed within five years.

Gordhan emphasised that Eskom was vital to the economy as it produced 95% or more of electricity supply. He highlighted the damage done to the utility’s operations, finances and structure by state capture.

He said the state had taken initiatives to get governance right.

Mandla Maleka has been appointed as Eskom's interim group treasurer, the power utility announced on Sunday.
News
1 year ago

Coal 'to power SA for years to come'

About 100,000 Newcastle residents will have daily power blackouts from September 30 due to the local municipality's failure to pay Eskom.
News
1 year ago