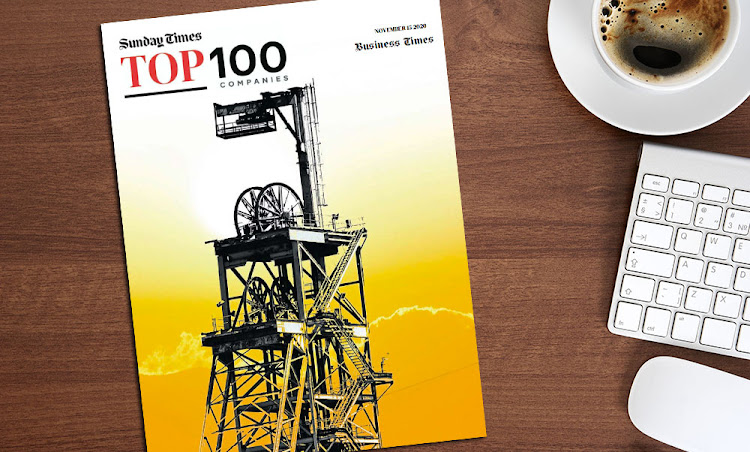 The Sunday Times Top 100 Companies awards, futured by BCX and which were presented online in November this year, acknowledge those listed companies that have generated shareholder returns that outperformed their listed peers.

The methodology for the Sunday Times Top 100 Companies was changed in 2019 to focus on larger enterprises. Companies with a minimum market capitalisation of R5bn at August 31 2020 and a track record of five years’ trading from September 1 2015 were included.

Selected companies that met the aforementioned criteria but are no longer listed on the JSE or whose share is suspended at August 31 2020 were excluded from the analysis. The executive management of Arena Holdings has also considered certain subjective qualifying criteria relating to the Top 100 Companies’ perceived compliance with good governance and ethical conduct.

The share performance analysis assumes an initial investment of R10,000 at the closing price on August 31 2015, held for a period of five years from September 1 2015 to August 31 2020, and the companies are ranked based on the compound annual growth rate (CAGR) over the five-year period.

This analysis assumes that a fraction of a share can be purchased.

Corporate actions during the review period were adjusted for as follows:

Read the full supplement below with the top 100 listings, interviews, profiles and more (zoom in or go full screen for ease of reading):

WATCH | Without the private sector, we cannot make lemonade