Love story with no fairy-tale end 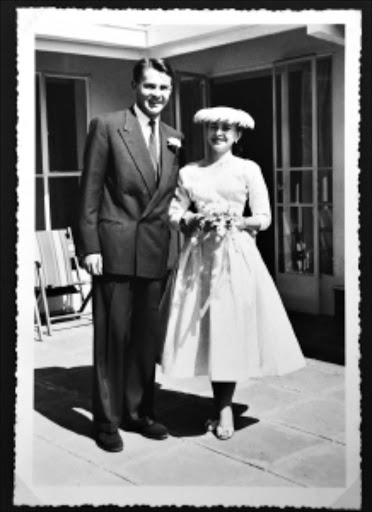 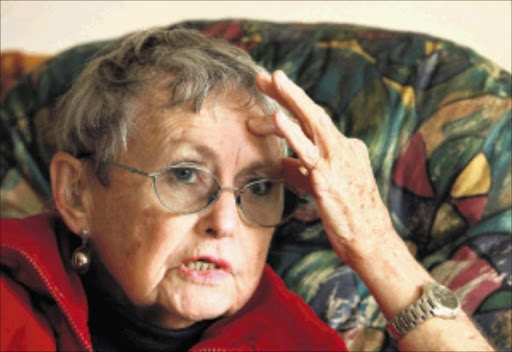 In what reads like an extract from a Mills and Boon book rather than from his bestselling novels, Smith wrote how he wanted to "smack" his then-lovers' "provocative little behind".

Now, after decades, his first wife, Anne, and her daughter have broken their silence over their strained, or rather non-existent, relationship with him. He has stubbornly maintained he married Anne only because he "slept" with her.

The 78-year-old has never publicly acknowledged her role in his life - declaring in interviews that he did not want to bring her name up.

But the Sunday Times can today reveal details of more than a dozen love letters penned to Anne Rennie during their courtship over 50 years ago.

Rennie, 77, also exclusively revealed Smith wanted her to abort their first child, Shaun, because he was terrified of telling his father he had impregnated her. She said of her reasons for speaking out: "It's about time people found out what a phoney he is."

The letters to her, meanwhile, have never been made public and illustrate his intense love for her.

In them his favourite words of endearment include "Anne Darling", "Baby Girl", My Own Baby" and "My littlest loveliest".

In one dated March 1 1957, Smith wrote: "Baby girl, I can hardly wait to see you at the airport ... if you miss the plane, I personally will smack your dimpled, well-rounded and provocative little behind so brutally that you won't be able to sit down for a week."

In another, dated February 14, 1957, he wrote: "Listen, you blue-eyed devil masquerading as an angel, how about letting me know what's happening. Please answer the following: Do you love me? If so, how much?"

And in a telegram, dated February 23, 1957, he had this to say: "Get visitor's permit. Come up immediately. Final order."

Yet in an interview with the UK's Independent newspaper in March 1997, Smith said he married Rennie because "my view was that if you slept with a girl you got married. It was ... the decent thing to do."

Her daughter, Christian Marsland, 52, who lives in the UK, became embroiled in a spectacular public spat with Smith in 1993 after she accused him of abandoning them.

The story of the family feud featured a letter by Smith which read: "I cannot wait for the day she turns eighteen years of age - so that I can be shot of her forever."

Marsland said in an e-mail this week: "Wilbur Smith has made sure his children grew up impoverished and removed from his wealth and lifestyle. He has insulted them and their mother at every turn."

Smith has been accused by his children of being tightfisted with his money, giving his son Shaun an empty wallet for his 21st birthday. While Smith owns mansions around the world, including Cape Town, Rennie shares her two-bedroom unit at a retirement home in Port Elizabeth with two cats.

She said: "He's made it very plain he doesn't love me. I believe in reincarnation.

"I want to be around to see what happens to him in the next life after what he's done. He's picked on his defenceless children, grandchildren and made them feel worthless."

In an affidavit handed to the high court during her divorce, Rennie said "he suggested that I go and see if I could get a doctor to get rid of the baby".

Commenting on their love life, she said: "With him, if ever he made love to you, you somehow expected he was looking over his shoulder waiting for applause. He definitely, definitely felt he was wasted on one woman."

More than 120-million copies of Smith's 33 novels, translated into 26 languages, have been sold worldwide since his first book, When the Lion Feeds, was published in 1964.

In his biography on his website, Smith said: "I was 24-years-of-age when this ill-conceived marriage crashed in flames."

He described his marriage to Rennie and his second marriage to Jewell Slabbert as "matrimonial catastrophes". But he speaks glowingly of his third wife, Danielle Thomas, and his fourth, Mokhiniso Rakhimova.

The Sunday Times sent a detailed list of questions to Smith's SA publishers, Pan Macmillan, on Friday, asking for his comments. A representative acknowledged receipt and said the request had been sent to his agent in the UK. But at the time of going to press Smith had not responded.

A close family member, who wished not to be identified, said Smith was on holiday "on the other side of Alaska where there's no communication".