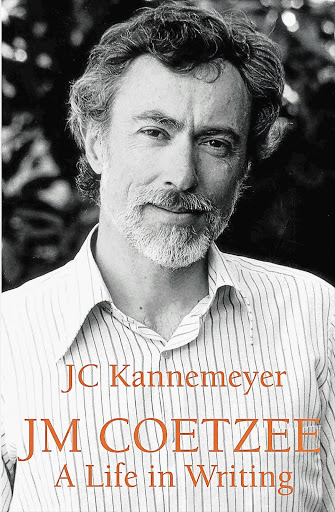 His work is illuminated, but JM Coetzee remains in the shadows, writes Tymon Smith

Rian Malan famously described JM Coetzee in an article published under the title The Prince of Darkness as "a man of almost monkish self-discipline and dedication. He does not drink, smoke or eat meat. He cycles vast distances to keep fit and spends at least an hour at his writing desk each morning, seven days a week.

A colleague who has worked with him for more than a decade claims to have seen him laugh just once."

In JC Kannemeyer's new biography of the Nobel laureate, Coetzee, in response to a question about this description, says: "I have met Rian Malan only once in my life. He does not know me and is not qualified to talk about my character."

The question is, who does know Coetzee well enough to be qualified to talk about his character, and what, if anything, does his character reveal to readers about his writing? Certainly the Coetzee who emerges from the 700 pages of Kannemeyer's very thorough and painstakingly detailed study is a man of self-discipline and dedication who is a vegetarian and an ardent cyclist.

But he is also a man with a dry sense of humour, a love of cooking, a dislike of journalists and a writer unwilling to talk to any interpretation of his work.

Kannemeyer, a giant of Afrikaans literary criticism, died in 2011 but found Coetzee surprisingly amenable to his project, to the extent that he was granted enviable access to the author's documents as well as two weeks of interviews with Coetzee in Adelaide, Australia, where he lives.

While Kannemeyer writes in his introduction that Coetzee "did not want to be draw into speculations and opinions, especially on interpretations of his work", he did answer questions on sensitive topics "such as the estrangement and divorce from his wife Philippa Jubber [who died from cancer in 1990]; the death of their son, Nicolas [who fell to his death from a Hillbrow balcony in 1989]; and the illness of his daughter, Gisela [who suffers from epilepsy and has had problems with agoraphobia and alcohol] ... succinctly, directly, and as objectively as possible, however unsettling the facts".

But the major focus of Kannemeyer's book is the work, "the life in writing, the way through the world that the author, as both a writer and a human being, has made for himself". Meticulously translated by Michiel Heyns, Kannemeyer's book is a first-class feat of literary biography.

While it occasionally adopts a too uncritical approach to its subject, it sheds light on a writer who, though reclusive and averse to public scrutiny, is hardly a JD Salinger or Thomas Pynchon - as his many speeches, lectures, letters and petitions attest.

Rather, Coetzee has achieved what this chronological examination of his writing life makes clear he always wanted - to be regarded as part of the canon of great writers. As Imraan Coovadia recently wrote, he has "a ferocious determination as a self-canoniser ... [who] wanted to insert his own name onto the bookshelves besides Conrad and Dostoyevsky".

Self-canonisation may be regarded by some as a sin of pride and arrogance, but if you devote your life to a task with as much effort as Coetzee and produce some of the finest literature of the modern era, who can really complain?

Kannemeyer has also succeeded in making what could have been a dry, text-heavy analysis into a highly readable and intelligent appraisal of Coetzee's work from his student days through to the publication of his fictional memoir Summertime in 2009.

From the well-known novels and essays to obscure translations of Dutch poets, Kannemeyer provides not much sensationalism but plenty of evidence that the best way to know Coetzee is to know his work, the work which has made him the object of so much unwanted curiosity about his personal life.

A maths lecturer writing in 1959 described the then 19-year-old Coetzee as "a peaceful, industrious citizen, so unobtrusive as to be practically invisible", and in many ways, even 700 pages later he retains this personality in spite of his international success.

His invisibility has led many to project their opinions, grudges, envy, resentments and demands onto him, and his reticence has increased public hunger for information about him.

Those looking for gossip and scandal will be disappointed by this biography, but readers who want to understand a writer whose work has transcended national boundaries and parochial concerns will find plenty to sustain their interest.

Many readers will place this book on their shelves as a reference , flipping through the index and occasionally absorbing bite-sized morsels, but I would encourage everyone who buys it to read it through as the most comprehensive overview to date on Coetzee, and as a testament to the biographical talents and insight of its author.

It should certainly keep Coetzee disciples and the world of Coetzee studies busy until next year, when his correspondence with Paul Auster, and his new novel The Childhood of Jesus, are due to be released.

As to what Coetzee himself might think of Kannemeyer's efforts, that is anybody's guess.