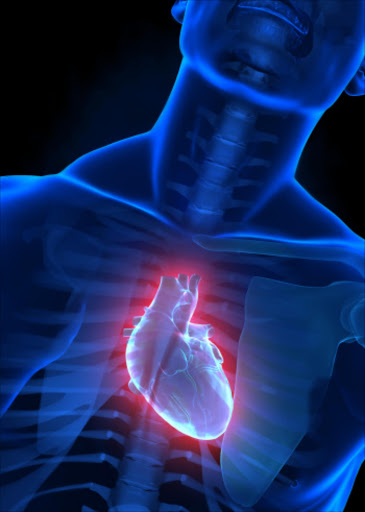 They performed the world's first non-surgical closure of a leaking heart valve on Marianna Cronje on Saturday. She was born with her heart on the right side of her chest.

"This procedure is technically extremely difficult in a patient with normal anatomy, and has never been done before on someone with [their heart on the right side of their chest]," said cardiologist Hellmuth Weich.

Weich and his team were assisted in performing the procedure by two world experts from Lausanne, in Switzerland.

"The entire procedure was performed through a needle puncture in the patient's groin," said Weich.

Cronje, from Stellenbosch, had rheumatic fever when she was young, and had undergone four open-heart operations in the past 40 years -- the last one in 2000, he said.

When her heart valve started leaking, doctors could not operate on her again and her condition deteriorated to the point where she could do nothing for herself.

He said two devices used to close birth defects in children's hearts were used to repair the leak.

Weich said the procedure, which took six hours, went well, and that Cronje was making "a slow recovery".