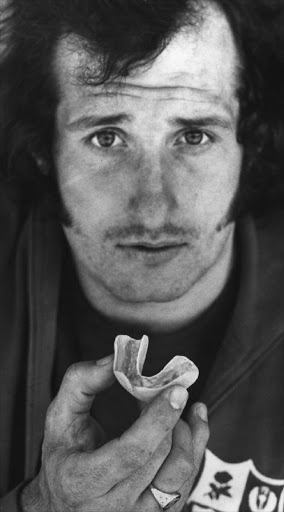 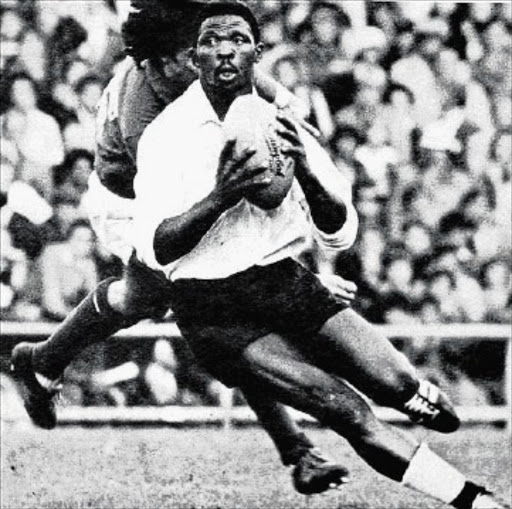 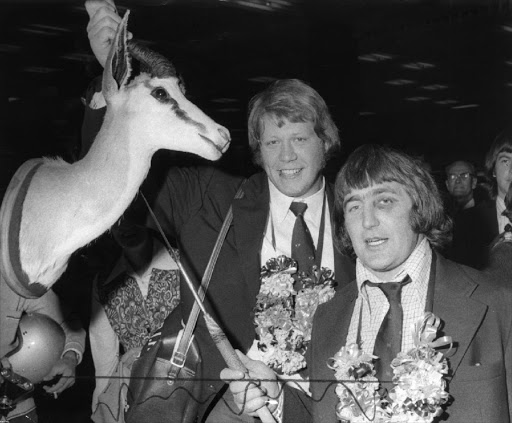 Forty years ago this winter, the touring British Lions savaged the Boks - and encountered a thwarted star of black rugby, writes Luke Alfred

In the winter of 1974, a pride of rugby Lions trooped off their plane at Jan Smuts Airport. Leading the invasion were a furry lion mascot, Willie John McBride, their captain, and Syd Millar, their coach.

McBride and Millar had both toured South Africa with the 1962 Lions. That had been McBride's first Lions tour and Millar's last as a player - and neither forgot the beating they received from the hard men of the veld.

By 1974 their hurt had ripened. They would attack the Springboks where they were physically and spiritually strongest - in the scrums.

After the pleasantries at Jan Smuts (they were greeted by a giant motorised orange, courtesy of the citrus exporter, Outspan) the tourists jumped on a bus and headed to the Strathvaal Rugby Club in the Western Transvaal. There, Millar, a former prop, and McBride, an immensely powerful but athletically limited lock, saw to it that they practised scrummaging with mute, angry diligence.

The touring party contained a magic blend: nine Welshmen, eight Englishmen, seven Irishmen and six Scots. Unusually for a side from the British Isles, they were not only talented but glamorous.

Ken Kennedy, the reserve hooker, appeared on the cover of women's supplements and magazines. JPR Williams, their lithe counter-attacking fullback, wore a headband and his socks around his ankles; Phil Bennett, their flyhalf, looked as easy to break as a piece of uncooked spaghetti. Unfortunately for the Springboks, he was also a rugby genius.

The Lions were detailed in their planning. McBride wouldn't allow players from the same Home Union to room together; every player, even the most retiring, was given post-match speaking duties. They all learned each other's patriotic songs, such as Flower of Scotland. They famously sat in their bus after it had parked at Loftus Versfeld before the second test and, much to the Springboks' dismay, finished We'll Keep a Welcome before bounding off on a tide of optimism.

They would gallop through Africa unbeaten, winning all the provincial games - including those against South West Africa and Rhodesia - and scoring three victories and a draw in the test series.

The defining moment of the tour came at Newlands, in the first scrum against Western Province. The Lions smashed the inexperienced Province front row backward despite the home feed. The Lions hit the Western Province forwards in the way that a runaway locomotive would smash into stationary rolling stock.

From the resultant heel-against-the-head, Bennett hoisted the ball onto fullback Jannie Brink, whose panicky, sliced clearance landed in Lions centre Clive Rees's hands. He only needed to sprint towards the line to dot down.

The Lions brought their power game to the first test, also at Newlands, a week later. That morning, the Boks, who had played only one test in the three preceding years, took tea at the Kalk Bay Hotel. Captain Hannes Marais and Jan "Boland" Coetzee, a farmer, discussed the weather. Coetzee reckoned the wind would die down as the day progressed and so Marais played with it in the first half. It didn't matter. In atrocious conditions, the Lions won 12-3.

To a rugby-mad tribe like white South Africa, it felt as though the Boks had been the victims of a confidence trick. Two weeks later in Pretoria in the second test, after further Lions wins against Transvaal and Rhodesia, the Boks received a proper mugging, losing 28-9 and leaking five tries. The Lions hadn't won a series in South Africa since 1896 - and were now on the cusp of doing so. It was a national scandal. " Sies, wat 'n kafferpak! " howled a Rapport headline.

Four days before the deciding third test in Port Elizabeth the Lions played against the Leopards, a scratch invitation side of black players, who had just returned from a mind-expanding tour of Italy.

The lightweight Leopards were no match, losing 56-10 and often pleading with the referee not to award scrums against them. Still, they had talent: Toto Tsotsobe was a quicksilver winger, and Charles Mgweba a dangerous three-quarter. Their chief attacking weapon, however, was Morgan Cushe; the clash at Mdantsane would be the making of him.

Christened Eric but nicknamed Morgan after the legendary Welsh flyhalf, Cliff, who toured South Africa with the '55 Lions, Cushe started his sporting life as a boxer. He was sniffy about rugby, looking down on it as a nobleman would regard a serf. He must have been knocked down once too often, though - because he soon earned a reputation as a quick-witted flank with a fine pair of hands.

"I saw two old flanks at Swallows [one of his first clubs] - they were good but going down. I thought: 'Flank, that's the position for me.'"

Black rugby at the time was a game of such abiding romance that it couldn't bring itself to develop a pragmatic core. Without the bulk and technical training to prosper at the setpieces, black players developed a rangy, freewheeling style. "We all wanted to play like Fijians," Cushe said.

He was a master of the open game and prospered against the Lions, making a nuisance of himself defensively and intercepting a pass, only to be hauled down agonisingly short of the line. In one of the Leopards' few attacking moves he hared downfield to hysterical shouts from the crowd before slipping the ball to Mgweba to score.

The Springboks hadn't managed a try in two tests, and the provinces were finding it increasingly difficult to breach the Lions' line. For the 30000 crowd the try was as sweet as a victory. "It was just beautiful," Cushe told me.

Sitting in the stands that day was John Reason of The Daily Telegraph. In Cushe, Reason saw the future of South African rugby. He likened him to Basil D'Oliveira, writing about him extensively and suggesting he might have a future in Britain.

It was a well-meaning comparison, but six years later, when Billy Beaumont brought his 1980 Lions to South Africa, Cushe was once again playing for a black Invitation XV in a mid-week game sandwiched between more important weekend fixtures.

Cushe became a regular feature of local rugby through the late '70s and early '80s. He toured overseas, played against incoming tourists and, depending on where you stood on the political spectrum, was either an opportunist sell-out or a hero - a man who played with the heady brio of the Lions themselves.

The truth is probably somewhere between. As I write in my book, When the Lions Came to Town, he was a man who must have lived at least some of his interior life in a twilight zone of the heart: alienating some and living with their wrath, yet never being able to do quite enough to become the Springbok he rightly believed he should have been. LS