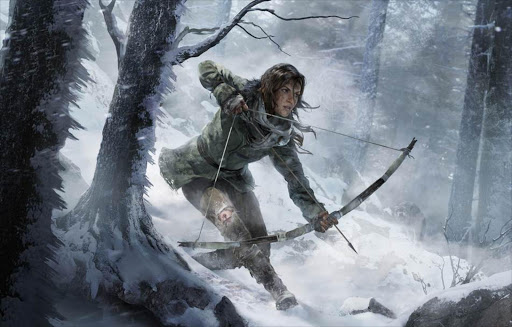 In 1987 the video game “Metroid” was released in the United States. It featured a masked and armored space adventurer named Samus Aran navigating an alien planet, and it was one of the first games to blend exploration, action and puzzle-solving in a way that has become common.

At the end of the game Samus Aran is revealed to be a woman. Her gender surprised gamers, but in some versions this powerful adventurer appeared in a bikini. In games of that era, women were generally damsels, princesses or sex objects, not heroes.

This seems to be changing. There are at least five major releases featuring female protagonists that have recently debuted or will arrive soon for the Sony PlayStation 4 and Microsoft Xbox One. Among them are well-known titles like “Assassin’s Creed” and new arrivals like “Horizon Zero Dawn” and “ReCore.” Official statistics are hard to come by, but experts see a distinct shift underway.

“There are more female-led titles than ever in games, and I think that’s in large part due to social media,” said Sam Maggs, a game journalist and author of “The Fangirl’s Guide to the Galaxy.” She added that the Internet has allowed women to “form our own communities and given us a platform from which our voices can be heard — and it’s hard for companies to ignore nearly 50 percent of their customers demanding better representation in games.”

The online harassment of women who have spoken out against stereotypes in games has given the issue more visibility.

Independent and PC game developers have had, over the years, a better gender mix of protagonists in their products, but big-budget console games have lagged behind.

“Women have always played games, but we’ve been largely ignored by the market,” Maggs said, adding that women have rarely felt welcome in gaming-specific places like conventions or in critical discussions about gaming.

Ubisoft, the studio behind “Assassin’s Creed,” faced criticism in the past for not having any playable female characters in major releases. But “Assassin’s Creed Syndicate,” released in October, has the franchise’s first: Evie Frye and her twin brother, Jacob, are the titular assassins who try to wrest control of 19th-century London from the Templars, an organization seeking dominance over humanity.

Marc-Alexis Cote, the game’s creative director, said Evie was not created in response to the criticism. “From the inception of the ‘Assassin’s Creed Syndicate’ story, Evie has been part of the process.”

He said that the game’s creators wanted a relationship in which Evie and her brother “challenge each other and provide different views.” He added: “She’s more intelligent, in that she thinks more about the consequences of her actions. She wants to strike at the heart of the Templars’ power. She is more surgical.” Jacob, he said, tends to charge in headlong, always eager for a brawl.

Another game, “Dishonored 2,” developed by Arkane Studios, is scheduled to arrive in 2016. Harvey Smith, one of the game’s creative directors, said that he was conscious of what sort of hero he wanted to present in Emily Kaldwin, one of the game’s two primary characters: “Is she a character that you’d want to be?”

In the first “Dishonored,” Emily was a child watching as the main character, Corvo Attano, prowled Dunwall, a fictional city with a steampunk, supernatural twist, on a mission of revenge. Emily becomes the game’s emotional center, but she is still only a character things happen to; she exists as an emotional foil for the player.

In the sequel, Emily is an adult with a mission of her own.

“She’s lived a fairly sheltered life, and now she’s being thrust out into the world,” Smith said, adding that so many female game characters have conformed to stereotypes like “sexy but dangerous” or “cold and aloof.” To become heroes they had to be brutalized until “they’re just a barely held-together victim.” He said he wanted Emily to be different.

Hints of change have been found among young male players, as well. In March at the Game Developers Conference in San Francisco, the largest professionals-only industry event of its kind, Rosalind Wiseman, an educator and author, and Ashly Burch, a game writer and voice actress, presented the results of an informal study.

Wiseman surveyed middle- and high-school students, asking about the role that gender plays in their choice of video games. More than half of the girls expressed a preference for playing a game with a female lead; a little more than half the boys were concerned less about gender than about the abilities a character possessed, Wiseman said.

Burch, who voiced the character Tiny Tina in “Borderlands 2,” said it was “important to have games that have very specific female characters with a narrative that relies on the main character being female.”

She said she believed this change was inevitable, adding that she was most excited by games like “Horizon Zero Dawn” and “ReCore” because they present main characters whose look is not categorized by their sexuality.

“ReCore,” a Microsoft Studios game scheduled to arrive for Xbox One in 2016, will open with the main character, Joule, believing that she is the last human in the desert world of Far Eden. Sentient robots roam the sands and ruins of civilization and Joule must enlist some of them in her cause: reviving the human race. How she does it is the game’s central mystery, but the game’s lead writer, Joseph Staten, said the solution would be unconventional.

“The male gender does not have the monopoly on heroism,” he said. “Joule is emblematic of this conviction, and we hope she’s a character who stands strong and stands out in a market filled with male heroes.”

One of the most beloved female heroes in gaming, Lara Croft, returned this November in “Rise of the Tomb Raider,” continuing an evolution begun by Crystal Dynamics in 2013 to make her less of a pinup Indiana Jones and more of a realistic adventurer. The reboot affected not only her appearance but also her scholarly prowess.

In “Rise of the Tomb Raider,” Croft uses new skills, like learning languages and deciphering carvings, to complete the tombs, a touchstone of the series, and move forward.

Noah Hughes, creative director at Crystal Dynamics, said the changes elevated the franchise above a power-fulfillment fantasy. “That’s the most exciting thing,” he said. “This time there is even more opportunity to celebrate her brilliance.”

Croft and Kaldwin are joined by a thief in “Mirror’s Edge Catalyst,” from Electronic Arts. That game catapults players into a future in which privacy is nonexistent and large corporations vie for control over data, the ultimate commodity. In this world, runners, who are thieves and couriers, make a living trading, moving and stealing data. The game’s protagonist is Faith, a runner who accesses valuable data by climbing and vaulting from building to building.

“To me the thing that makes Faith the most unique is she’s not a superhero; she’s a very human character,” said Sara Jansson, the game’s senior producer. “She is not a predestined hero; she’s just doing what she thinks is right.”