As this lifestyle development nears completion, its contribution to a bold urban vision is coming into focus 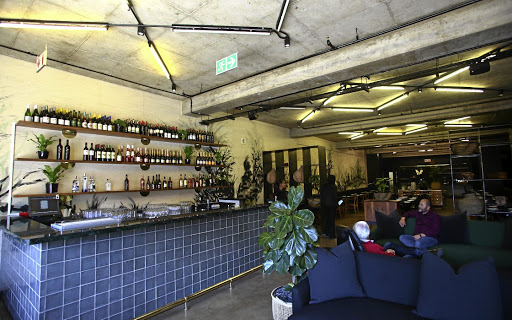 Jonathan Liebmann, founder and CEO of Propertuity, developers of Maboneng in Johannesburg's CBD, has called Hallmark House the most important building the developer has done to date. And maybe it is.

The newly refurbished building was designed by the famous British-Ghanaian architect David Adjaye, introducing an international influence that Maboneng precinct hasn't had until now.

There's nothing new about international architects designing buildings in Johannesburg. Hallmark House has some amazing views of the Carlton Centre, which is an obvious example of another one.

Although Hallmark House hasn't had an official launch event yet - the rooftop area is still being finished off - the building has been coming to life for some time.

The launch this month of a pop-up version of Cape Town chef Luke Dale-Roberts' Cape Town restaurant, The Pot Luck Club - called The Pop Luck Club - and the Marabi Club, a jazz club in the basement, both signal that the building is open for business.

There's also a coffee shop and restaurant on the ground floor, and a 46-room hotel on floors four and five by Newmark Hotels.

According to Neal McCarroll, sales manager at Propertuity, the first of the residential apartments, which start at the sixth floor, have been occupied since April, and more on the higher floors will be ready for occupation next month.

Hallmark House is Adjaye's first project to be competed in Africa and it looks unlike anything else in the city.

The concept is not complicated, following Propertuity's model of restoring existing buildings. The original building was designed by Greg Cohen in the early 1970s for a diamond-polishing company.

"It has this incredibly versatile structure that we felt very strongly that we wanted to reveal, not disguise," says Adjaye. 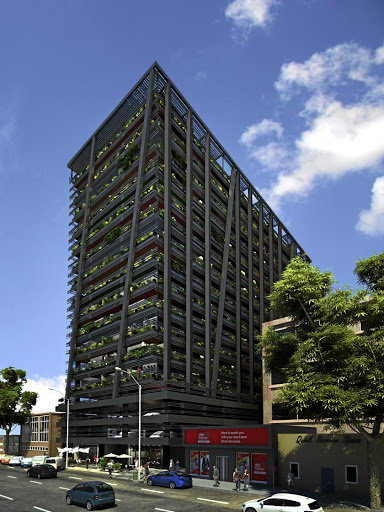 He wrapped the facade with black-painted metal planters that will in time create a cascading green curtain. Interestingly, each unit in the building has a private terrace, so the building focuses on life outside, which is unusual for highrises in Johannesburg.

"We're trying to show that the inner city is capable of providing the greenery that people associate with the suburbs," says Adjaye.

"So, the tower has been designed with a high ratio of outside to inside space to reflect the pattern of outdoor life in the city. It's really a vertical neighbourhood and a mission statement about the possibilities for Johannesburg's future."

Little tweaks to the typical design of local buildings can make a significant contribution to "the evolution of cities" as Adjaye puts it, but its most dramatic contribution is the building's striking appearance.

"I saw this as a transformative opportunity to combine an African aesthetic with a contemporary vision, and also to show that the relics of the old mode of the city had the capacity to adapt and to change," says Adjaye.

Propertuity has plans designed by some of South Africa's best local architects, including Jo Noero and design workshop : sa, to upgrade other key buildings in its portfolio.

But by bringing in the likes of Adjaye another dimension of African urbanism is introduced into the rejuvenation of Johannesburg. As a counterpoint to many buildings springing up elsewhere in the city, the introduction of a bold alternative is urgent and worthwhile, and points to new possibilities for Johannesburg's architectural aesthetics. 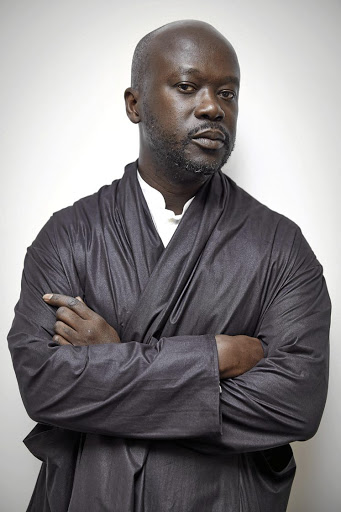