Durban woman to represent SA at the Mrs Universe pageant 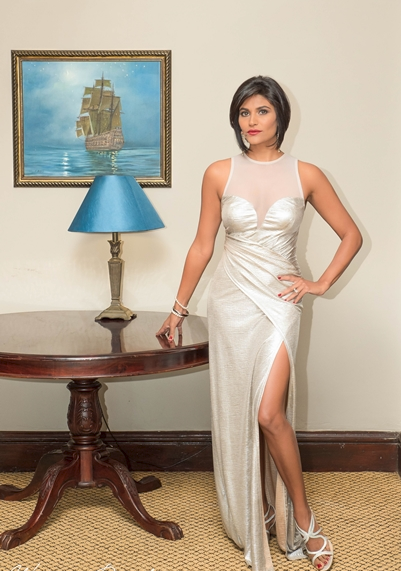 Trisha Poona is among over 80 women from around the world vying for the title of Mrs Universe and the crown at a glittering event to take place on Saturday at Durban’s ICC.

Durban is hosting the 40th annual Mrs Universe World Event‚ a first for Africa. The theme of the pageant is “Empowering Women. Creating Change”. The aim of Mrs Universe is to unite and celebrate women from across the globe.

On Wednesday contestants will participate in a One Voice march against gender-based violence‚ child abuse and human trafficking through the Durban city centre. Unlike other pageants‚ Mrs Universe is purpose-driven‚ highlighting real concerns and areas for positive change.

Poona‚ a fitness and image consultant‚ said entering a pageant was never part of her plan.

She said she was going through a rough patch‚ trying to find her identity‚ being married with two children.

“Someone I met told me about the Mrs South Africa pageant. On a whim I decided to enter. It has changed my life and the way I look at things. It has showed me that I am capable of things and that I have a purpose in life‚ than just being a wife and mother‚” said the 37-year-old mother of two.

Poona said the past week has been absolutely magnificent.

“Being a South African I couldn’t be more proud right now of our country and being a Durbanite this week has been a new experience for me‚ seeing the country in a different light through the eyes of strangers. We have so much to offer in South Africa. The camaraderie has been great. I got to meet people from all over the world and they are all so inspirational. They are all here with a purpose and not just to win the competition‚ but spread their message‚” said Poona.

Poona said she wants to bring the crown home.

“I want to use the platform to reach out to more people and to inspire girls from my own life experiences and profession. How important self-image is in this world. We look at role models on TV but that is not the reality of life‚” said Poona.