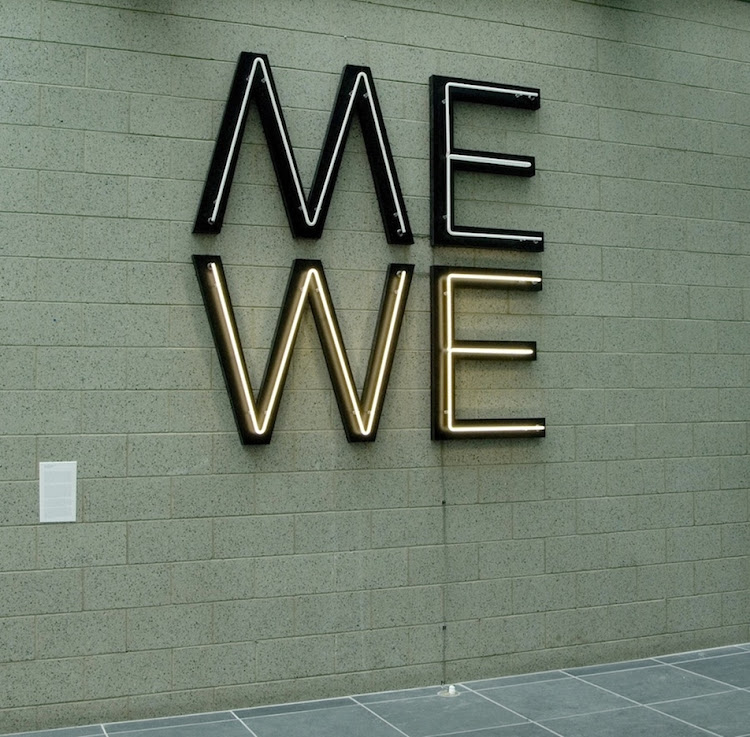 Among the artworks currently on view at A4 Arts Foundation, a new multi-use arts space in Cape Town, is a so-called “instructional piece” by the Japanese artist Yoko Ono.

Visitors to the exhibition You & I, organised by artists Ziphozenkosi Dayile and Kemang wa Lehulere, are invited to mend broken pieces of crockery laid out on a table. The wonky binding agents – wood glue, thread, string and sticky tape – don’t inspire much hope.

This has not dissuaded visitors to A4, which is funded by the Kirsh Charitable Foundation, from having a go. Their eccentric handiwork is displayed on two shelving cabinets.

Zeitz Mocaa: poster child for the transformative power of architecture

Ono’s is not the only well-known international work on Dayile and Lehulere’s good-humoured show, which explores ideas of collectivity and includes work by Zanele Muholi, Santu Mofokeng and Moshekwa Langa.

In 1975, following a lecture at Harvard University, boxer Muhammad Ali was asked to improvise a poem. “Me/We,” he replied. In 2007, American artist Glenn Ligon created a neon sculpture quoting Ali.

Titled Give us a Poem (Palindrome #2), Ligon’s neon work is on permanent display in the atrium of the Studio Museum in Harlem, New York. The work on view at A4 is an authorised copy and was manufactured locally.

The leverage to borrow – intellectually, if not physically – important pieces by big name artists like Ono and Ligon is directly linked to A4’s patron, Wendy Fisher, the Potchefstroom-born daughter of billionaire businessman Nathan Kirsh.

London-based Fisher is a well-known patron. She is currently president of the trustees of the Solomon R. Guggenheim Foundation in New York. Fisher is also a major art collector.

In 2015, Kirsh, who is ranked 244th on Bloomberg’s global rich list, jokingly told Business Day that his daughter “has almost bankrupted me” with her purchases.

Marlene Steyn is proving to be an artist worth watching

Some of the lustre and largesse associated with Fisher was on view when A4 hosted a lunch to coincide with the much-hyped launch of the Zeitz Museum of Contemporary Art Africa in September. Sponsored by Art Basel, guests included artists William Kentridge, Kudzanai Chiurai and Robin Rhode, financier Paul Harris, collector Caro Wiese and producer Mfundi Vundla.

This is not the norm for A4. Since it quietly opened earlier in the year, A4 has hosted book launches, film screenings and music performances. Playwright Jefferson “J. Bobs” Tshabalala and jazz legends Louis Moholo and Lefifi Tladi have all played at A4, which is managed by artist-curator Josh Ginsburg.

A heavily annotated mission statement pinned to a wall near the door sums up the possibilities for this dynamic new space: “We understand the arts as a reciprocal resource, a catalyst for innovation, and a medium of collectivity.”