Each season of 'RuPaul's Drag Race' has allowed for more charisma, uniqueness and talent to shine through, writes Sylvia McKeown 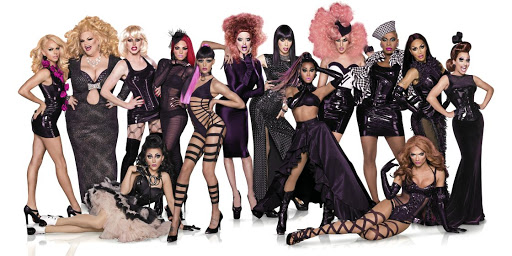 Only Mama Ru ever saw it coming. From birth she declared: "His name is RuPaul Andre Charles and he's gonna be a star, 'cause ain't another mother f**ker alive with a name like that!"

RuPaul has been a big name on the scene since Naomi Campbell started walking the runway, but in 2009 he changed drag forever.

At the time his show, RuPaul's Drag Race, had terrible tiny staging, fuzzy camera-work and only 8% of the pizzazz that it does now. When you squinted at the pixels forming the bald head of Ongina, a contestant in season 1, you couldn't imagine the show would become an Emmy-winning sensation that would change the world.

Yes the world. There is more to it than quirky catch phrases and gluing down your eyebrows. The term "drag" took root in the days of Shakespeare but the art form was practised before that.

In terms of the show, you can legitimately track how each season changed the art form. Season 1 allowed season 2 to happen and the sheer backlash of season 2's winner challenged the standard fishy drag stereotype of the day.

Fishy drag refers to drag queens who attempt to look convincingly feminine. The beauty queen make-up was being challenged and space was being made for the less typical queen. The deep-voiced beauty that was Raja, in turn, made space for someone more left of centre, a space filled by season 3 winner Sharon Needles.

Needles was the tipping point. After that, the weird kids were a little more accepted, more expression was allowed on stage and more acceptance seeped into the show and the outside world.

A white-faced clown and novice singer have turned a once-tatty country hotel into a weekend getaway sensation of flashing sequins, feasting and ...
Lifestyle
4 years ago

Now any drag enthusiast worth their salt already knows who that is, but seeing as it just started airing on Vuzu on Fridays I won't be the girl to spoil it for you.

Each season has allowed for more charisma, uniqueness, nerve and talent to shine through and shaped the way not only for those who performed but for those who watch it.

It exposed those who were different or unsure to a world where that is not only accepted but celebrated.

RuPaul has never questioned race, size or personality styles on the show and seeing that for 10 years has been extraordinarily life-affirming.

Viewers got to see grown men cry about how hard it was to come out as gay to their parents, how they were at times homeless but how putting on a dress could feed their family.

It showed the rise in trans acceptance and that the traumatic names you were called by bullies could be turned into your name in the most positive way.

There's a reason why the Ru's newest venture, DragCon, has small kids crying and their parents are thanking the queens for their positivity.

RuPaul famously said: "If you don't love yourself how the hell you gonna love anybody else, can I get an amen?" Yass, Mama.