Nathi: Refusing to speak English has nothing to do with my intelligence

Singer says he doesn't understand the fuss surrounding his decision to only speak Xhosa in interviews, and says where he grew up even white people spoke his home language 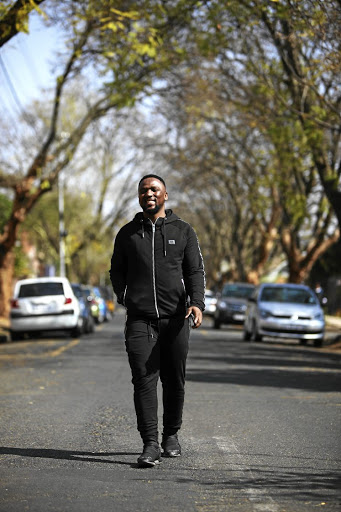 Singer Nathi has chosen to keep his music simple in his latest release.
Image: Alaister Russell

South Africans have a peculiar relationship with language. Due to the nation's extensive childhood trauma we have developed an unhealthy habit of associating nifty traits like erudition and intelligence with the ability to speak like Lord Tennyson.

For a long time one of the foundational pillars of South African comedy, yes we're looking at you Leon Schuster, was having the dim characters speak in slow, heavily accented English that was strewn with errors. Ha ha.

That kind of thinking wasn't just limited to comedy. Former president Jacob Zuma owes a lot of the thinking around his intelligence to the fact that he spoke English like it was a second language and didn't conduct himself like someone who owned a collection of tweed jackets. Even Afrikaans folk are not immune to the practice of having their accents when speaking English used like a paintbrush to display supposed diminished capacity.

One of the by-products of this is that, when put in front of a journalist or camera, the vast majority of musicians opt to speak in English, whether or not they're comfortable with it and often to the amusement of others. Multi-platinum singer Nkosinathi Mankayi AKA Nathi, whose latest album Iphupha Labantu recently hit stores, refuses to fall into that trap.

"I have heard people making a fuss about the fact that I only speak Xhosa in interviews. Some have said I can't speak English and to them that suggests that I am dumb, but what if the dumb one is the person speaking English to me," he said, speaking with the kind of righteous exasperation that comes from having to explain something simple yet again to yet another person.

At first glance you might think it's a particularly sensitive issue for Nathi, who understands English perfectly, but as he speaks the logic behind his insistence on his mother tongue becomes obvious.

"Why should I have to understand the person interviewing me in English but he does not understand my responses in Xhosa," he said.

His exasperation is compounded by the circumstances of his birth. He was born in the small village of Maclear near Mthatha in the Eastern Cape. Maclear is one of those places that are common in rural SA in that the white people are as multilingual as the more melanin-endowed sectors of the populace. English had no primacy for Nathi growing up, which explains why he views the urban valorisation of a foreign language with no clicks as a bit of an oddity.

Nathi grew up in a family of six kids under the care of their mother. Music was always floating through the house so it was probably inevitable that someone in his family would give the music business a go. As his passion for singing grew into a career he quickly discovered that the Speak English Gestapo were everywhere, but he would not be cowed.

"Where I grew up even the white people spoke Xhosa. We left English in the classroom... I would much rather explain things and speak to people in Xhosa. Also when you say certain things in English your words lose that flavour they would have had in Xhosa," he explained.

That linguistic Aromat is a big part of the reason why his debut album Buyelekhaya eventually ended up going triple platinum and garnering him a shelf full of awards. The album's lead single Nomvula was as ubiquitous as distressed denim. Things didn't go so swimmingly for his second album Umbulelo Wam, which fell noticeably short of expectations. Sophomore albums generally don't live up to the standards of their debut siblings, but this missed target was precipitous enough that Nathi avoids referring to it by name.

"Buyelekhaya was an album for the people, unlike the second one. That one was overly musical. What I've learnt is that people don't want songs that are unnecessarily deep or complex," he said.

In this he makes a good point. Enabled by fans who spend a ridiculous amount of time trying to impress people with their avant garde music taste, musicians often create as if they're trying to be the Lars Von Trier of post Afro dream pop. It's a pretentious pull that almost sucked Nathi in as well.

Fortunately for his fans the lesson he learnt from Umbulelo Wam was to give the people what they want, and in his estimation what people really want is easily digestible emotion. Something that speaks directly to them rather than being a piece one has to take a course in musical theory to enjoy. Finding the balance between artistry and audience is a tightrope few artists manage to walk without falling and injuring a limb on the way down, but having already taken his tumbles Nathi is confident that this time around everything will go well.

In true Nathi fashion, love and God are themes that course through the entire album and his reasoning for that is simple: that is who he is. It probably explains why he doesn't move around with a parade in tow. He arrives at the interview with half a handful of minders and is perfectly happy with some Nando's for lunch.

It all fits in well with his earthy lack of airs and graces. Staying true to oneself is something he feels a lot of artists lose as they make their way through the music industry.

"I would advise a lot of people coming into the music industry to stop trying to be someone they are not. A lot of people can't live sober lives because they have made themselves something they are not and now cannot stand by their choices unless they are drunk or high," he said.

"It's better if you are the same person you are at home. If you're yourself from the beginning then you will have a much better time of it," he added.

Getting to this point in his career has not been all plain sailing. Late last year Nathi left his label at the time, Muthaland, citing that he felt controlled. After half a year of being independent with all the stress that comes with relying only on himself, he opted to sign with Gallo Music. 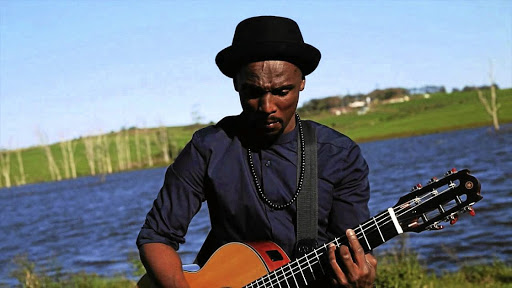 "I now have a helping hand and I no longer have to do everything myself. Moving to Gallo gave me the freedom to really hone my craft," he said.

As musicians go, Nathi is an interesting study in authenticity. As a word, authenticity has become one of the most hackneyed pieces of marketing bubblegum in the world. Every brand with a target market under 35 seems intent on unlocking their edgy uniqueness.

Authenticity in people, however, is rarer. So rare in fact that we often confuse it with eccentricity. Nathi is not eccentric. In many ways he is a very simple man. He loves his God, his family and singing. What makes him authentic, and ultimately rather interesting, is that he has decided to eschew gimmicks, quirks and certain fundamental conformities in favour of being himself. And it's working, who woulda thunk it?

Will Mzansi love a happier, more vibey Nathi Mankayi? Twitter thinks so but only time will tell.
TshisaLIVE
3 years ago

Nathi is back and he promises that his long awaited album will be well worth the wait.
TshisaLIVE
3 years ago

Nathi Mankayi explains why Iphupha Labantu is his happiest album

Hint hint! It has something to do with not having to search for a Nomvula anymore...
TshisaLIVE
3 years ago