The problem with longevity is that it goes on forever 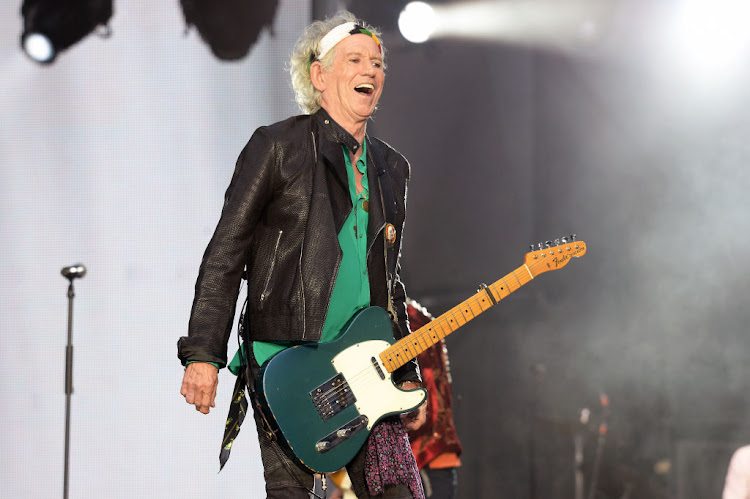 Hip, hip hooray, we are all living longer.

According to the World Health Organisation, 14 years before the world got involved in its first royal rumble (1900) the average life expectancy was 31.

Nowadays that is the age millennials come to the crushing realisation that, no matter how cool vinyl players purport to be, the idea of filling your house with musical Frisbees is stupid.

The average person on Earth can now expect to live to the ripe old age of 72 and, to be honest, a lot of us hope for longer than that.

The question is why? As we begin our next trip around the Sun, many of us will be making resolutions to live longer and healthier lives but I'm not convinced it's a good idea.

On the surface of it, living longer seems like a good thing. After all, who wants to die? There are so many new things to see, fresh grandspawn to fawn over and technologies to grapple with.

Why give that up for a "paradise" with the self-righteous folks you worship with at best, an eternity with some goat-legged sadist at worst and nothingness somewhere in the middle?

The problem with living longer is living longer. The more you age the less patience you have for things, the less energy you have for change and the less inclination you have to give a rat's gonad about any of it. We realise that a lot of things we spend our entire lives caring about don't really matter, and either cling to the safety blankets we grew up with or settle in for a long and tedious episode of old ouderdom (age).

The world is changing too fast to be conducive to old age. If you've reached the not-uncommon age of 90, it means you were born when colonies still existed.

The US was still drunkenly roaring through the 1920s and about to clatter into the Great Depression, and a gay marriage was something you wished upon heterosexual couples. If you were born in the '70s, smartphones were not even science fiction, chequebooks were a banking staple and collecting music required shelves.

Things were different between those two generations but not by all that much as it turns out. Racism was still á la mode, homophobia unheard of and you still needed a space to keep your music. The gap between then and now, however, is cavernous.

Nowadays racism and homophobia may be rife but try either of those things on Clifton beach and see how far it gets you.

Large swaths of today's kids unconcernedly attend school with children who identify as transgender, and chide their parents when dear old Dad is shocked. Get annoyed that Kevin Hart can't host the Oscars because of an old joke and watch Twitter set you aflame with words you don't understand.

All of these things are new developments. It is an uncomfortable era for a lot of elderly people. To paraphrase Batman, instead of dying the hero, they've lived long enough to see themselves become the villain.

All of Helen Zille's struggle cred has been tweeted away because she has been unable to let go of ideas that, in another age, may not have been deemed racist. The truth is that she, like all of us eventually, is a victim of her age. A VCR in the age of streaming.

Obsolescence comes to us all and having a whole generation of people rub your face in it isn't fun. Waiting around until it is their turn to be lobbed into the generational trash heap is even less fun. Thus I present this opt-out clause: instead of living long, live well.

You wouldn't drive a car until it eventually died of exhaustion, so why do the same to yourself? Once you acquire the age and means, do the things that tickle your heart in its special place. Rob a bank for fun, try heroin, get a tribal tattoo on your face.

Society spends much of our lives telling us to think ahead, build retirement funds to last for 30 years and create legacies for future generations - but have you ever met legacy children? They tend to suck. They're spoilt, entitled, self- obsessed and don't know how to use a washing machine.

Old age gives us the freedom we lose just as our youth is getting good. We settle down, get jobs, buy houses that will take decades to pay off and raise children whose laundry you're still doing when they're 30. After all of that we tally up all our prudent life choices and find that we've been bored for 20 years.

Despite that realisation humankind seems obsessed with the idea of living for livings' sake. Like somehow being alive, neglected by children and grandchildren and watching all your friends die is better than spending imprudent amounts of money slathering yourself in enough hedonism to kill you in three years.

Who wants to live forever when after a certain age you can live for right now?

Is the 'midlife crisis' a real thing?

Studies show the great majority of people believe in the reality of the so-called “midlife crisis” and almost half of adults over 50 claim to have ...
Lifestyle
2 years ago

Feeling old? Here are 5 things you should stop doing after a certain age

Do just what you want and have fun doing it ... except all the things in this article that you shouldn't even think of
Lifestyle
2 years ago

A new generation is transforming the way South Africans live, love and play.
Lifestyle
2 years ago