An online 'guru' is okaying suicide, telling people that it is a 'reset button' 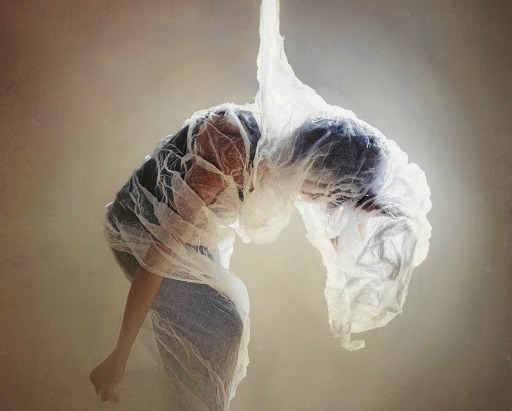 As someone who has attempted suicide many times, I can tell you this: no amount of praying will drag you out of a depressive state, writes Haji Mohamed Dawjee.
Image: Unsplash.com/Velizar Ivanov

'No testimony is sufficient to establish a miracle, unless the testimony be of such a kind that its falsehood would be more miraculous than the fact which it endeavours to establish."

David Hume was a Scottish philosopher. It's funny to think that he spoke of evidence and matters of fact in such succinct terms when Scotland is the land of the Loch Ness where thousands of people believe a large creature with a long neck and a couple of humps lives in a body of water in the Highlands. That phenomenon has been declared as nothing more than wishful thinking.

Lewis Wolpert, a developmental biologist of University College London says: "Reason is insufficient in the mind of a believer and so is evidence."

No two things have been required less since the creation of faith. Faith moves people away from reason and places them in a realm where all understanding is disregarded and replaced by believing whatever is most contrary to fact. Like religion, reiki or … Nessie.

As someone who has attempted suicide many times, I can tell you this: no amount of praying will drag you out of a depressive state. But it is harder to explain why the Earth moves around the sun than to just say: because god made it so, just like it is harder to explain to someone who wants to kill themselves why they should live than to just say: because god wants it so.

Believe it or not, our instinct to assign the cause of something yet to be explained to some sort of higher power is more part of our genetic make-up than our need to find reason because we fear reason. Scientists believe fear caused religion.

And a large part of me thinks of religion as an organised collective bringing people together to worship and form communities based on the same staunch belief system, which often requires buying, eating and supporting certain things over others for what is ultimately economic gain (read: cult). When religion fails you, when prayer stops helping, it is the human instinct to unfortunately search for something even more unreasonable. 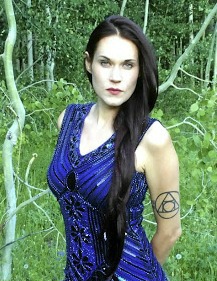 When my god and my environment and my family challenged me enough, when my own mind failed me and I couldn't find the reason for my depression, I fell into the arms of what I now refer to as a cult.

I was shouted at for how ill-equipped I was at this life thing until my neck turned red with hot tears and where I was made to crawl on my hands and knees on a rough rug across a lengthy hall - some sort of lesson in the beating of life.

Believing in a con man on the outskirts of Fourways in Joburg out of pure desperation adapted to what I was feeling then. I hated uncertainty, I found my mind intolerable. Being told stories that made sense to my life at the time seemed to be the only thing that could help. It didn't, and somewhere along the way I realised that greeting a man with your hands raised to the sky every couple of hours before he shouts at you is no different to an invisible god who expects the same and shouts way less.

A couple of years later I found myself staring down the barrel of a balcony in another attempted suicide. I have never been afraid of death. But I needed motivation to jump. Here I was, calling the suicide hotline to be saved, but not in the way you think. I was hoping the person on the other end of that line would push the go button, instead of the stop, that they would tell me to jump instead of stall. This, to me, was help. You know how the story ends because here I am.

I was reminded of the incident the other night when I found myself deep in a podcast about a new-wave cult - one that didn't require you to hand in your watch and phone so that you didn't know the time, like I had to at the cult, and one that didn't require you to move to the middle of nowhere in arse-end America, like the Rajneeshees had to. For this one, all you had to do was tune into Teal Swan's YouTube channel from the suicidal discomfort of your own home. And just like that, you're one of 474,000 devoted followers - a Teal Triber.

In an age of decentred politics, economics, morals, principles and well, religion, the advent of Teal Swan is disappointingly unsurprising. Obviously an internet guru exists. If pastors can get people to drink Domestos and spray Doom in their eyes then why not? So therefore the controversy surrounding Swan is not the fact that this woman claims to be an alien or the fact that she was allegedly sewn into a corpse as a child when she was herself part of a cult.

[Teal Swan] asks her followers to physically lie on the floor and envision how they would take their own life and then to choose, whether to commit to life, or to commit to death

In the age of mega-churches and pop-up pastors, her controversy is not even the fact that she is comparatively technologically advanced - using digital strategy and search-engine optimisation to garner followers as opposed to, you know, the old-fashioned "give me R3,500 and a few days of your life and you will walk out of here a changed person. Broken."

Swan's controversy stems from her views on suicide, which she shares on her videos, now with over 60 million views.

People are worried that this "guru" is okaying suicide and making people kill themselves by saying things like: "Death is delicious and suicide is a reset button." She asks her followers to physically lie on the floor and envision how they would take their own life and then to choose, whether to commit to life, or to commit to death.

When I heard this, I didn't find myself vehemently opposed to anything she was saying. In fact, as someone who'd been in that position many times, she kind of hit the nail on the head. Death to a suicidal person is very much a delicious thing. But choosing to commit to it is what's difficult, especially when you're in that grey area of not being able to commit to life either. If Teal Swan answered the phone the night I rang the suicide hotline, things might have ended quite differently for me. Is that so wrong? Well, yes.

When our ancestors assigned inexplicable events to a higher agency it eliminated anxiety and helped them to adapt to a challenging environment. When the deities ran out, they just created more. So here we are. The dead have no testimony and so attesting to the miracle of it is … insufficient. If we all kill ourselves, what next?

'I had a close call with charismatic cult leader, Osho'

Andrea Nagel recalls the day she met her supposed 'saviour' Baghwan Shree Rajneesh, which ended with her flushing a vial of pills down the toilet
Lifestyle
3 years ago