Snapchat dysmorphia is driving a new generation under the surgeon's knife

Move over, celebrity lips and noses. The latest look to emulate is your own face - but through the flattering filter of a social media app, writes Lisa Witepski 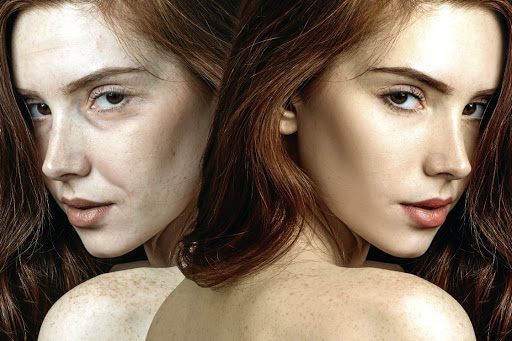 The selfie-surgery fab is growing as image-heavy apps like Instagram and Snapchat can lead users to believe that everyone else is more 'beautiful'.
Image: 123rf.com/Dmitrii Kotin

"Everyone wants to look like the best version of themselves," says Cape Town aesthetic medical practitioner Dr Alek Nikolic. This basic human truth has driven people to the nearest plastic surgeon's office, armed with a picture of Kylie Jenner's lips or Emily Ratajkowski's bellybutton (yes, really).

Increasingly, though, would-be patients aren't trying to emulate the world's most beautiful superstars; they're asking surgeons to recreate their own faces - as seen through social media filters.

Nikolic recalls his first encounter with the phenomenon while training doctors in China in 2017.

"Part of the training involved assessing a group of patients, discussing potential treatment areas. The clients requesting cosmetic enhancement essentially slotted into one of two groups: the 30- to 38-year-olds wanted to look more 'Western', probably motivated by Chinese celebrities who had undergone this type of transformation.

Plastic surgeons rate these as the best Instagram filters. We don't agree

While some of their filter choices were spot on, others missed the mark
Lifestyle
2 years ago

"On the other hand, the 20- to 25-year-olds all brought their cellphones to show images of Instagram influencers they wished to look like, or with their own selfies that had been manipulated by facial apps to demonstrate the kind of features they were striving for."

Bronwyn Williams of Flux Trends says that the trend is not new. "As far back as 2015, local surgeons were commenting on the selfie-surgery fad," she says, adding that the trend initially took off in China, where facial apps were used to create the Western and wide-eyed look young women (and occasionally men) were increasingly requesting.

In time, Western patients arrived bearing photos of themselves created online with apps, filters and Photoshop - and the "Snapchat dysmorphia" moniker was born.

This is not to be confused with body dysmorphia, a mental illness where patients have a misperception of how they really look, resulting in severe distress. Snapchat dysmorphia is not a diagnosis but a pop culture label for the phenomenon.

The preoccupation with aesthetic improvement is ridiculously time-consuming, causes significant reduction in day-to-day function and perpetuates a sense of self-disgust that is difficult to shift

The trend is in evidence in SA, says Williams, as seen by the popularity of skin-lightening treatments for women of colour, for instance.

Psychiatrist Dr Sasha Roytowski says it's not unusual for a patient to use a filter to plan a cosmetic enhancement procedure - but there's an element of this that's not as innocuous as it may seem.

"The preoccupation with aesthetic improvement is ridiculously time-consuming, causes significant reduction in day-to-day function and perpetuates a sense of self-disgust that is difficult to shift," says Roytowski.

"Not many people present to psychiatrists or therapists to investigate the underlying psychological aspects, as the fixed, almost delusional belief is that surgery or procedures will fix things, which obviously they don't. The cycle starts again and often there is dissatisfaction with the outcome of the procedure anyway."

There's a scientific basis for this, says Nikolic: the brain becomes accustomed to what it sees very quickly, so the new nose that was at one time a great source of satisfaction swiftly becomes a point of displeasure; otherwise, another body part is identified for modification.

Plastic surgeons are helping people look like their Snapchat selfies

Whether it's contouring your cheekbones or crowning yourself with a gorgeous floral wreath, social media filters are a fun way to play up your looks ...
Lifestyle
3 years ago

Williams says the trend "plays into the insecurities of the same vulnerable groups as airbrushed advertising and glossy magazines. Young people (especially teenagers) and women are at risk of developing an unhealthy obsession with achieving the perfect image, driven by the bodies they see displayed on the internet."

Social media twists the knife, as platforms have a tendency to play into insecurities, personal comparisons and envy. Image-heavy apps like Instagram and Snapchat are significant culprits, says Williams, encouraging the use of filters and curated images that may lead users to believe everyone else is more "beautiful".

"The more time we spend online, the more we find ourselves 'onstage' and shot-ready - you never know when someone is going to take out a phone and snap a pic of you. This creates pressure for people to always look their best."

Tshwane psychologist Henk Swanepoel says teens "are particularly at risk because the obsessive aim with changing into a 'perfect' image robs them of normal psychological development".

The solution? Nikolic says surgeons have a responsibility to talk their patients through their requested procedure.

"Surgery can't be driven by the patient alone. There is definitely a stage where surgery becomes 'too much', so doctors need to guide them in terms of how and why a procedure works."

It's also important to make sure that a preoccupation with social media filters doesn't cover an underlying mental disorder. In this case, psychotherapy is the best course of action, says Swanepoel.

Dr Lara Kleyn of the Cosmetic and Dental Emporium says that while interest in filters and facial apps has gone "crazy" in Europe and the US, South Africans are still rather conservative - at least in Cape Town's southern suburbs, where her clinic is based.

Her patients mostly want to be more comfortable with the way they look, says Kleyn. "We've seen a move away from the overtly plumped-up look of the early noughties. Patients are now seeking a more sculpted look that's close to natural."

'Daddy-do-overs' on the rise: SA men turn to surgery to tap the font of youth

Mark Gibbons is 61 but could pass for a man 15 years younger thanks to the many nips, tucks, lifts and fills he's had over the years.
Lifestyle
2 years ago

Social media gives young women a marketable way to indulge their obsession with fashion and beauty, but the pursuit of the perfect selfie may have ...
Lifestyle
3 years ago