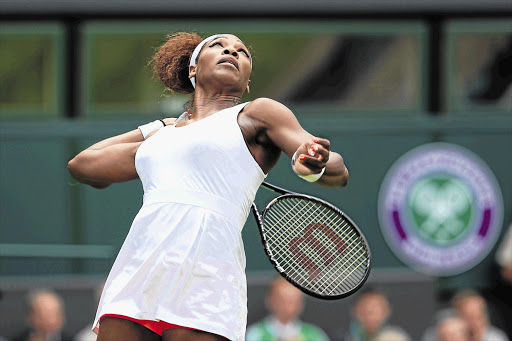 Serena Williams turned 38 on Thursday and while she may not celebrate — she is a Jehovah's Witness, according to BET News — we can't help but list the five reasons we love and celebrate her.

She is a feminist

Serena does not shy away from speaking out on gender inequality, on and off the tennis court. Throughout her career, she has ensured injustices against women are highlighted. In July, she told Harpers Bazaar that, as a woman, she is restricted and criticised when she speaks up for herself.

She was referring to the match she lost to Naomi Osaka, after being accused of cheating. “Was I wrong to stand up? Why is it that when women get passionate they are labelled emotional, crazy and irrational, but when men do they are seen as passionate and strong?”

No stranger to being a cover girl, in January she told Allure magazine that when she started playing tennis with her sister, Venus Williams, they did not have role models, but were not discouraged. Instead, they were unapologetically themselves.

If there were awards for best working mothers, Serena would win every time. Her ability to balance her busy schedule and motherhood is admirable. On Instagram, she constantly serves motherhood goals through cute snaps of her daughter and the matching outfits the two rock from time to time. She captioned one of the pictures, “This mama tries to spend as much time with Olympia Ohanian as much as possible. She keeps me going, especially during tournaments.”

She is the GOAT

Her first victory in tennis was in 1999, when she won her a grand slam. She was 17 years old. Since then, she has won 23 grand slam titles and countless medals. What's not to love?

Serena is more than a tennis player, she recently launched her eponymous fashion line. The best part about this, she told ET Canada, is that it made it to New York Fashion Week. Williams said she wants to change the way women feel when wearing her clothes. “Changing the way you feel when you put on your outfit. You want to feel sexy, you want to feel confident, you want to feel sure.”

On Instagram, she thanked everyone who supported her show. “I'm still feeling all of the excitement and energy from everyone who attended and made the NYFW show possible.”

Age not an obstacle to Serena Williams's pursuit of 24th major, says coach

Serena Williams is getting faster and fitter in her hunt for an elusive 24th Grand Slam title and the 37-year-old still has time on time on her side ...
Sport
2 years ago