The former Formula One driver's latest challenge is off-road racing, which he says requires a totally different approach to what he's used to 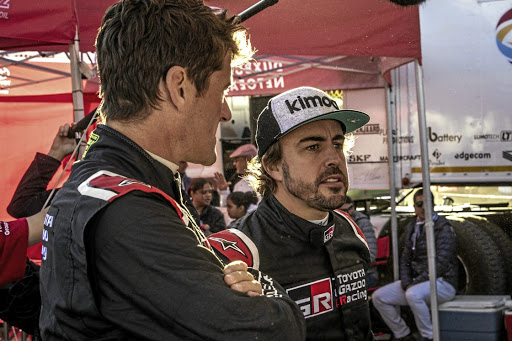 When the sun sets to the west of the Yas Marina Grand Prix circuit on the outskirts of Abu Dhabi, on the first Sunday of December, it signals the end of another F1 season.

Typically the crowd that remains - long after the TV interviews are complete - is there to celebrate with the championship-winning driver and team. Last year was different, as many were there to pay homage to one of the great drivers of the modern era - Spain's Fernando Alonso.

After a career spanning 17 seasons, Alonso had decided to call it quits on a sport to which he contributed so much. And as "El Nano", as he is affectionately known, blew kisses to his supporters, one could have been forgiven for thinking his competitive driving days were being consigned to history.

But Alonso thrives on challenging himself to be the best. Being second equals failure.

Motorsport flows through his veins and at 38 Alonso still has a lot to offer. On his radar was the need to test his skills at other motorsports and it wasn't long before the titles and accolades came rolling in. Victory in the Daytona 24 and Le Mans 24 Hours confirmed Alonso is a once-in-a-generation driver.

Though he won "only" two world titles, it is worth remembering that he was competing in an era that included some of the greatest drivers F1 has seen. The likes of Michael Schumacher, who he describes as "the driver that posed the greatest challenge". Also talented opponents like Sebastian Vettel, Lewis Hamilton and Kimi Raikkonen put those two titles into perspective. 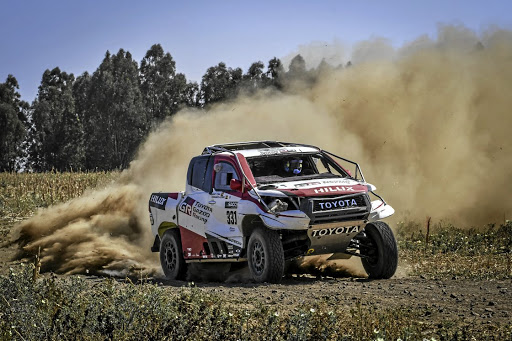 Alonso's latest challenge is off-road racing. It's an exhilarating motorsport with the ultimate test being the gruelling Dakar Rally, which in January will be in Saudi Arabia. While there has been no official confirmation that Alonso will team up with compatriot and five-time Dakar bike winner Marc Coma in a Gazoo Racing SA vehicle, it appears to be on.

Toyota Gazoo Racing SA are on a high, having won this year's Dakar in Peru. Having Alonso on the team would be a coup.

"It's a journey we are doing together," said team principal Glyn Hall prior to the recent Lichtenburg 400 in North West. "We have two extremely talented individuals but we have a lot to learn and are growing all the time. It is intimidating and rewarding and we have a lot to live up to. At the same time it is a real privilege."

Alonso spoke of the challenges that await him. "I'm not doing this for fun because it is not fun. You are not totally in control of everything but it is the unknown that pushes your adrenaline."

I'm not doing this for fun because it is not fun. You are not totally in control of everything but it is the unknown that pushes your adrenaline

Alonso and Coma - with the rest of the Toyota Gazoo Racing team - recently spent time in Poland and Namibia getting familiar with the Hilux bakkie and the recent race experience was much needed.

Rolling the vehicle early on in the Lichtenburg 400 - which is part of the South African Cross Country Series - saw the pair lose significant time while later in the day their windscreen shattered when hitting a guinea fowl at 180km/h.

"You need to have full concentration because there might be something unexpected around the corner. It requires a totally different approach to what I am used to," said Alonso.

He once said: "You dedicate your entire life to Formula One. You have no friends, no family, no free time, no privacy, no wife, no kids, no nothing. It's just full dedication if you want to succeed. So I have other priorities right now."

And one of those will be the Dakar.

After a successful campaign in the 2018/19 FIA World Endurance Championship, Fernando Alonso and Toyota Gazoo Racing will join forces again in the ...
Motoring
3 years ago

I think it's possible that SA could host a F1 race, says David Coulthard

The racing legend on Cape Town's Red Bull Circuit event, flipping Michael Schumacher the 'bird', and why he'd like to see Formula One return to Africa
Lifestyle
3 years ago