Viral load: Why e-devices are making our kids sick

Excessive e-device use causing range of disorders in children 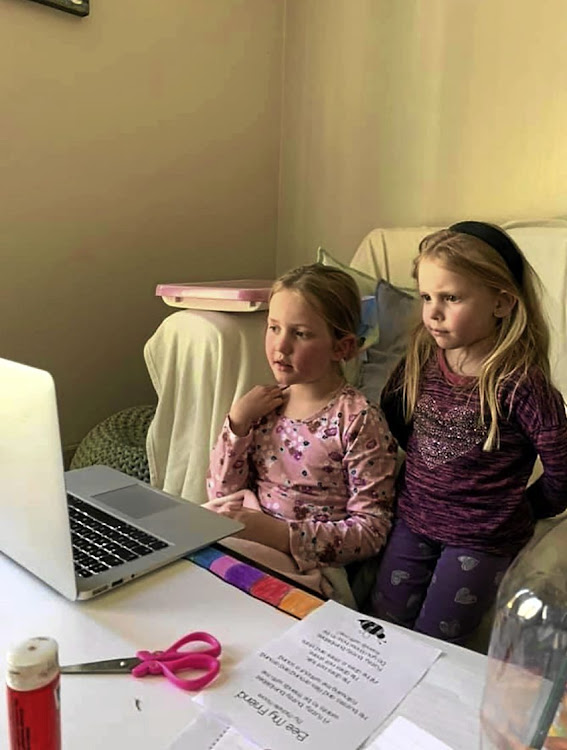 Increasingly glued to their electronic devices because of the pandemic, South African children are at growing risk of dangers ranging from vision disorders to behaviour problems.

In an article in the South African Journal of Science, five University of KwaZulu-Natal experts in optometry and physiotherapy expressed concern about an emerging public health risk from extended device use during the pandemic.

“The increased use of e-devices may have far-reaching consequences on body systems, including the musculoskeletal and visual systems,” they wrote.

The warning comes as online learning continues in private and public schools, fuelling the cycle of screen addiction. Durban mother Dianne Evans, whose two daughters attend a private school, said the hours they spent online for school and extracurricular activities were causing eye strain and headaches.

“The children are fully back at school but they complete and submit their homework online. In addition they do some of their extracurricular activities like piano online.

“They are active children, but being confined to their desks at home to finish their homework or practise is not good for them, mentally and physically,” said Evans.

• 0 - The World Health Organisation’s recommended screen time for babies; one hour maximum for children between two and five

Gauteng mother Mekantha Naidu said online learning for her three children had been both a blessing and a curse. “Technology was definitely the hero of the pandemic by giving them access to their classrooms online, but there is a downside,” she said.

“I was at the optometrist this week and he was telling me about the increase in the number of children seeing him because of extended screen time. Parents have to ensure that our schools are aware of the necessary interventions to counter the ill-effects.”

Natalie Marshall of Johannesburg said electronic devices became the “baby-sitters” for her daughters Harper, 4, and Sierra-Lee, 7, while she and her husband worked from home during the lockdown.

“Before the pandemic, their screen time was very limited. The increased screen time was huge for me because the TV was constantly on and they were always on the iPad. Their attitudes started changing and they became defiant,” Marshall said. “During the hard lockdown they spent about four to five hours out of the day on screen time.”

Durban ophthalmologist Dr Sharisha Surajballi said that over the past 12 months eye doctors had noticed more problems in children caused by long hours in front of a screen, including near-sightedness.

Surajballi said doctors had also seen a rise in “computer-vision syndrome” caused by excessive eye strain. Symptoms include fluctuations in vision, headaches, dry eyes, fatigue and heavy eyes. Yuvaan Naidoo, who’s in grade 11 at a private school and studies exclusively online, maintains a strict regime to counter the ill-effects of sitting at a screen. “Because my classes are spaced out neither my eyes nor muscles are negatively affected,” he said.

“Though I use my smartphone sporadically throughout the day, I don’t play games or watch movies during the school week. “After my 45-minute sessions, I generally do a 10-minute walk around the house. This allows me to rest my eyes and stretch my muscles,” Yuvaan said.

“It also helps that I have an ergonomically designed study chair equipped with back support. At the end of each day I also get in about 20 minutes of exercise.” Private school group Curro, which has dedicated online schools, has sought to establish healthy technology routines. Angela Schaerer, Curro’s digital transformation manager, said teachers have been given guidance on “cognitive-load theory”.

“If too much new information is presented at once, the working memory of our brains is overloaded and we are not able to process this information and transfer it to our long-term memory, which is what is important for learning,” Schaerer said.

Information should be presented in “manageable nuggets”.

“This also helps to reduce the amount of time that learners are expected to be in front of a screen.”

“They will have a harder time dealing with their emotions and could develop behaviour problems both at home and school,” she said.

According to CSIR researcher Sipho Ngobeni, bullies do not stop intimidating and humiliating others because they do not see the harm associated with ...
News
1 year ago

As tech faces a reckoning, what you do offline can get you banned

Reuters reports that while lawmakers and researchers examine tech's relationship with real-world violence and harm, platform moderation is gaining ...
News
1 year ago

Millions of rand went into disinfecting surfaces, but the practice has no scientific backing
Opinion & Analysis
1 year ago