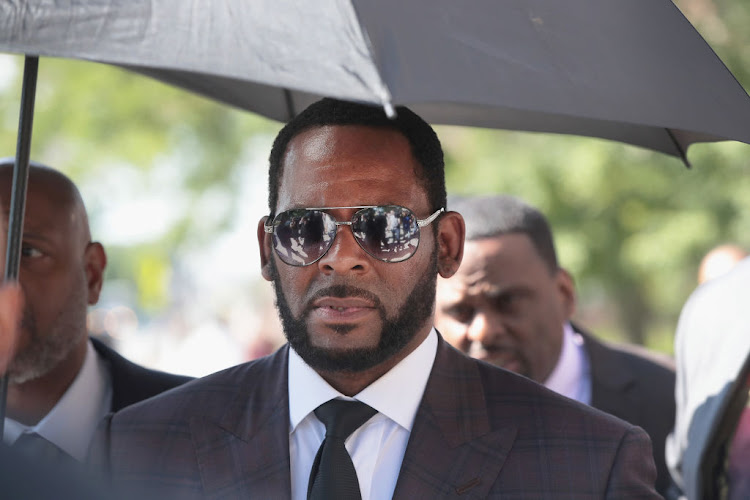 Singer R Kelly has been convicted by a federal jury of racketeering in his sex trafficking trial. File photo.
Image: Scott Olson/Getty Images

R. Kelly was convicted by a federal jury on Monday in his sex trafficking trial. Prosecutors described a decades-long scheme in which the R&B singer used his fame to lure women and underage girls into his orbit for sex.

Kelly, once one of the biggest selling R&B singers with hits like I Can Believe I Can Fly, was convicted on all nine counts after some 25 years of using his fame and wealth to lure underage girls and women for sex.

Reactions poured in on social media, with activists and organisations hailing the verdict as justice for the women he abused over the years.

R. Kelly abused Black women and girls for decades. The stories are not new. What is new is some degree of accountability.

Today, we hold the survivors in our thoughts. And we thank the Black women who organized for years to #MuteRKelly.

It’s on all of us to protect Black women. pic.twitter.com/uINKnwavq8

#MuteRKelly
We hope this verdict brings some sense of justice to the brave survivors who came forward. #RKellyGuilty https://t.co/S8CObnTAMx

Worth revisiting this piece from ⁦@jemelehill⁩ today! Sending gratitude, love and prayers of peace for all the survivors who spoke out and those who didn’t. Xo 🙏🏾 https://t.co/kW0ggxHJsn

FIVE KEY MOMENTS FROM THE TRIAL

• In her opening statement, Assistant US Attorney Maria Cruz Melendez labelled Kelly a “predator” who used threats and abuse to control his victims.

• A victim identified as Stephanie broke down crying as she testified on August 26 about her encounters with Kelly, including once when she said he asked her to perform oral sex on him in a car with onlookers present.

• A woman identified as Kate testified on September 3 that she reached a $200,000 (about R3m) settlement with R. Kelly after contracting herpes from him in 2001.

• During closing arguments, Kelly’s defence attorney invoked the legacy of the late civil rights leader Martin Luther King Jr., asking the jury to summon what he called the courage to acquit the singer.

• Kelly, his face shielded by a white mask, hung his head as the jury’s foreman, after about nine hours of deliberations, read out “guilty” on all nine charges.

R. Kelly sexually assaulted a woman at his Chicago studio nearly two decades ago, where he locked her up without food and water, the woman testified ...
Lifestyle
10 months ago

A former girlfriend of R. Kelly on Monday told jurors at his sex abuse trial that she suffered through a five-year relationship with the R&B singer ...
Lifestyle
11 months ago