Our animal selves: rape, blood and suicide over dinner 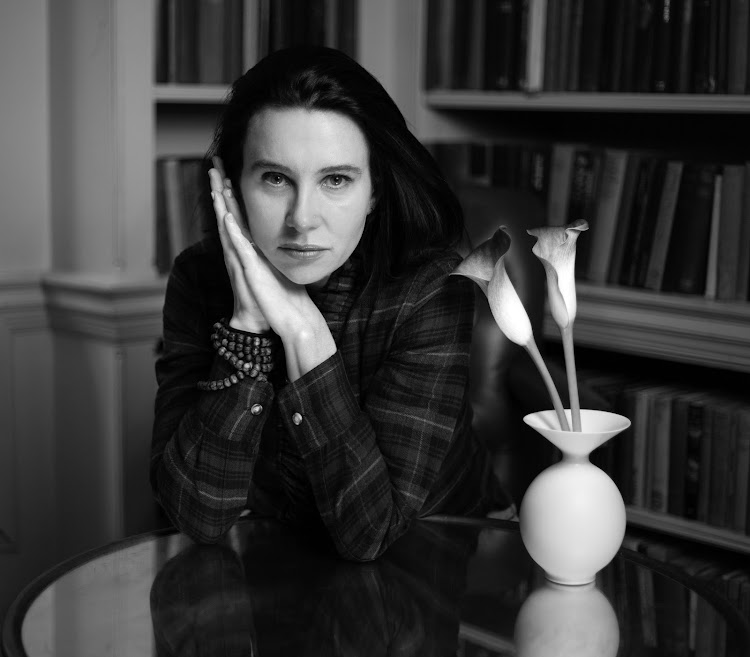 Lisa Taddeo’s motivation for penning a novel about a woman who spends her life surviving men came from her research after writing ’Three Women’.
Image: Lara Downie

If someone asked me to describe myself in a single word, depraved is the one I would use.

Meet Joan: a 36-year-old Italian-American woman who witnesses her ex-lover’s suicide over a dinner with her current (married) lover on the first page of Lisa Taddeo’s feverishly hypnotic debut novel, Animal.

“Joan is very much going through this awakening where she has stopped caring what people think of her,” Taddeo explains via a WhatsApp call from her home in Connecticut, US. “When she tells people she’s depraved she’s telling people what they’re going to call her before they call her that. She’s trying to own the nomenclature herself.”

Taddeo’s motivation for penning a novel about a woman who has spent her life surviving men and holds utter contempt for societal expectations as dictated by instutionalised patriarchy, originated from her research after writing Three Women: “I had seen so many stories of so many women who were told they were crazy when they were just upset ... Angry, not crazy,” she emphasises. “I’m very affected by the notion of the mad woman.”

Taddeo conveys Joan’s undisguised disdain towards men throughout the novel, often describing daily violations as “small rapes” or “feeling like rape”, as seen in the following passage during Joan’s visit to a marketplace:

The young man at the cash register noticed me and then didn’t take his eyes off of me. I was in a white nightgownish dress, thin as smoke. He was picking a pimple on his chin and staring at me. There are a hundred such small rapes a day.

“The word ‘rape’ in the legal sense means a certain thing,” says Taddeo. “It has different connotations and meanings. Something can feel like a rape. I’m always interested in the fact that we don’t allow women mainly to describe how something makes them feel. We’re ‘supposed’ to have these solid definitions. I’m writing a novel and if the character says she feels raped by something, that’s her prerogative.”

Should  Joan be described as a misandrist or someone who’s really in tune with the cruelty men are capable of?

Joan is overtly described as an anti-heroine on the jacket. Would Taddeo characterise her as such?

“We are all heroines and heroes of our own stories. I think that, for me, it was important to create a female character with honest and real flaws.”

She adds that readers aren’t ready for flawed main characters who are women.

“I wanted to write someone who wasn’t trying to put on a performance for the reader. Someone who had real thoughts and feelings.”

Joan reveals little about her past to the reader, hinting at a violent event which still haunts her, yet overtly stating that she was orphaned at 10. Following Vic’s suicide, Joan leaves New York, drives to California, settles in a ramshackle house in Topanga Canyon, where she intends to track down (and finds) an enigmatic woman — Alice — whom Joan hopes will help her unveil her past. 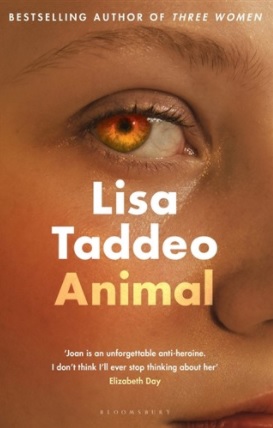 In a scene, Alice touches her face: — I grew fur this year, she said. — Well, I said, we’re animals.

Both author and protagonist have a similar understanding of the concept, or term “animal”, with Taddeo elucidating that — for Joan — “it’s the core of who she is”. Taddeo furthers that “we are all animals; we spend our entire lives hiding the animal tendencies inside of us in order to exist in society. It’s not really our true nature.”

The title aside, references to wolves, coyotes, and pigs permeate the pages, be it Joan constantly being reminded that her menstrual blood could attract coyotes roaming around the canyon, or Joan comparing Vic’s blood coming out looking like the blood of a pig.

“There’s just a lot of animals interbuilding,” says Taddeo. “The plot is about an animal, it’s a contrast of humans mixing with other animals.”

I ask Taddeo about the prominence of the eye on the cover, and whether it portrays Joan’s observant nature — she candidly describes people, spaces, objects, and clothing in minute detail. Taddeo responds that she had nothing to do with the cover, adding that “Joan is very honest about her observations”.

Motherhood plays a prominent role in the novel. Joan is orphaned as a child and ostensibly raised by her father’s brother’s second wife, Aunt Gosia, described by Joan as “Austrian, garishly beautiful”.

She trained me in the art of sexual combat. She told me that women must deploy all their strengths in order to prevail. People will call you names, she said. They are only hating themselves.

“I wanted Joan to be raised by no-one. She didn’t try to mess her up, which is what we often do to our children,” says Taddeo of the pseudo-mother figure. “The best thing is to not mess them up and keep as distant a place as possible. Joan raised herself, and her aunt allowed her to do that.”

The role of “substitute” mothers and distanced parenthood is further explored via Joan unintentionally fulfilling this role when Vic’s teenage daughter, Eleanor, arrives at Joan’s home in search of revenge, yet Joan takes her in and tends to her.

“Joan sees Eleanor as herself when she’s young. Even though she’s suffocating her, she still wants to be there for her.”

What was Taddeo’s experience of writing motherhood as a mother herself?

“It made me feel cathartic to talk about motherhood ... And to be very honest about feelings, specifically feelings which are not necessarily mine.”

Food, and the act of eating, also play a prominent role in the novel.

“Food is so interesting to me,” Taddeo says. “I really like food and for me it was ...” she pauses, “I think that sometimes studying the scene of a restaurant or eating is the only way you can experience the outer world.”

Many a dish is served with a healthy portion of blood ...

“I didn’t want to shy away from any blood. A lot of the blood is metaphorical, too. We go through our lives and often hide all that stuff.”

Taddeo compares violent blood to that of natural blood, drawing on movie audiences being more excited to see blood than the actual act of shooting, and how we tend to shy away from blood we often see: menstrual blood, birth blood, and wounds at home.

Our conversation concludes on a South African-related sustenance note as I mention a passage where Joan sells “an old woman who had glasses and fuzzy ringlets of strawberry hair” a cup of rooibos in a health-bar.

Does Taddeo happen to be a fan of this proud export of ours?

Raven Leilani's dark, amusing tale of a young black woman fighting to assert her artistry in a world of conformity

This is also a book which explores the racism, sexism, exploitation, and prejudice which permeates and imperils the lives of young black women in ...
Books
11 months ago

An extraordinary examination of what three women want - to be desired, admired and understood

"He wants to have sex with her every day. And here's the even crazier part: She likes it. She doesn’t just tolerate it. I was confused, because I was ...
Books
2 years ago