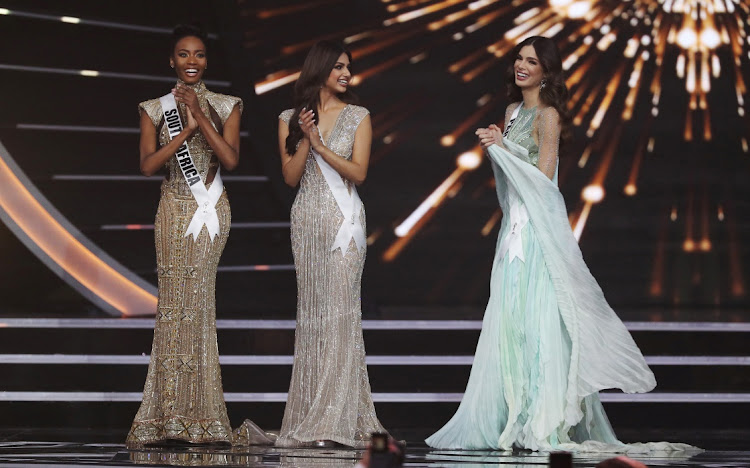 Miss SA Lalela Mswane has reflected on her decision to participate in the Miss Universe pageant in Israel, despite calls for her to boycott the event, saying she decided to do what she thought was right.

Her participation had been marred by controversy, with politicians and civil society calling on her to take a stance against Israel concerning that country’s conflict with Palestine.

Taking to social media after the pageant, Mswane shared a quote reading: “The most beautiful turn of events is when the obstacles that were meant to tear you down, end up strengthening you in ways you never could've imagined”

She said she had made a decision to “choose faith over fear and follow what felt right and good to my soul”.

She thanked all those who stood by her.

“I am filled with so much appreciation and gratitude for all the love and comfort I received in support of my pursuing something extremely important to me.

“To my beloved family and friends, thank you for being unwavering in your love and support of me, my heart appreciates all of you.”

Mswane congratulated the new Miss Universe, the Miss SA organisation and her design team for making her look incredible at the pageant.

In the storm that brewed months before her participation in Israel, the government pulled its endorsement of Mswane, claiming the Miss SA Organisation did not seem eager to appreciate the negative impact of representing the country in Israel.

The Miss SA organisers defended Mswane's participation, saying it was “not getting involved in a political war of words”.

As many in the country celebrated her grabbing a spot in the top three of the prestigious pageant, NGO Citizens For Integrity (CFI) claimed Mswane's reputation had been enhanced more by her achievement at the event than if she had boycotted it.

In an open letter to sports, arts and culture minister Nathi Mthethwa, they said it was not too late for him and the government to apologise to Mswane.

The organisation, which took the ministry to court on its decision to withdraw its support of Mswane, asked if Mthethwa would “greet Mswane on her triumphant return to SA”.

Mthethwa has not publicly responded to the letter.

When approached for comment, the minister's spokesperson Masechaba Khumalo said the department had issued a statement last month explaining their stance on the pageant "and we stand by that position".

Will the arts and culture minister send his congratulations?
Lifestyle
1 month ago

South African Friends of Israel has hailed Miss SA Lalela Mswane’s “achievement” in the Miss Universe pageant in Israel on Monday, saying she had ...
Lifestyle
1 month ago

"History will be on your side and you will be remembered forever. Use your power," said Mbalula.
Lifestyle
1 month ago