This year marks the centenary of the publication in 1922 of Abantu Abamnyama Lapa Bavela Ngakona (The Black People and Whence They Came), the first book-length history of black people written in isiZulu. Part of the Nguni language group, there are an estimated 12 million isiZulu speakers in South Africa.

Its author was Magema Fuze, now seen as a major figure in the body of writings produced in African languages in South Africa, but one who remains too little known outside narrow scholarly circles.

The significance of the book is that he was the sole author and the first native speaker of isiZulu to publish a book; previous isiZulu books had been written and published by missionaries and colonial officials. The book was a radical act of publishing; it contained local histories of chiefdoms and kingdoms – from the Zulu to the Ngcobo – as well as theories about the Egyptian/Nubian origins of all black Africans. 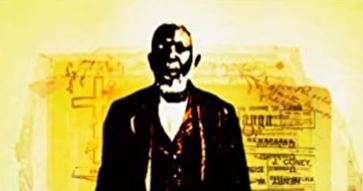 Fuze was born in the mid-1840s in the newly formed British colony of Natal (today KwaZulu-Natal). In 1856 his father sent him to be educated at Ekukhanyeni, the mission station set up at Bishopstowe near Pietermaritzburg by the first Anglican Bishop of Natal, John Colenso. The young Magema learnt to read and write, and also trained as a printer.

Fuze later became a firm supporter of Bishop Colenso in the difficult times that the Bishop faced. In the early 1860s Colenso became the central figure in a fierce dispute over religious beliefs in the Anglican Church. Then in 1874 he became involved in an ugly political battle when he took up the defence of Chief Langalibalele ka Mthimkhulu of the Hlubi people in Natal. The chief had quarrelled with the colonial authorities, and had been exiled to the Cape.

Colenso was one of the very few colonists who thought that he had been unjustly treated.

Throughout these events, Fuze was one of Colenso’s main sources of information on African opinion in the colony. In the Langalibalele affair, he played a key role in helping the bishop to find witnesses that he could use in the chief’s defence.

Fuze was further drawn into assisting Bishop Colenso after the British invaded the Zulu kingdom and defeated Cetshwayo’s armies in 1879. The bishop saw the invasion as another monstrous case of injustice, and was determined to expose the actions of British officials before and after the war. 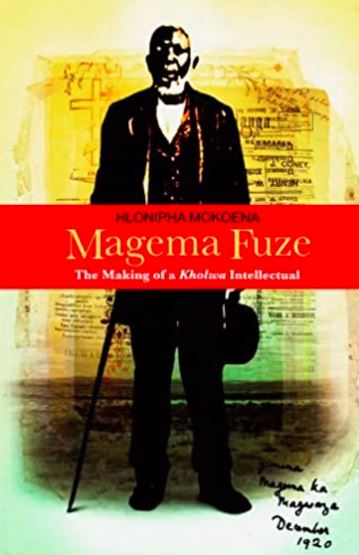 Author Magema Fuze, now seen as a major figure in the body of writings produced in African languages in South Africa, but one who remains too little known outside narrow scholarly circles.
Image: UKZN Press/ Via The Conversation

Over the next four years, he published a stream of articles and books in which he commented critically on reports on local affairs that appeared in official documents and in newspaper articles. Through this period, Fuze was kept busy in discussions with the bishop and with putting his written comments into print.

Bishop Colenso died in 1883. His daughter Harriette took up his work, but in 1884 disaster struck at Bishopstowe when the house burnt down and the printing press was destroyed. By the late 1880s Fuze found that there was no more work for him to do at Bishopstowe.

He went to St Albans College, run by the Anglican Church in Pietermaritzburg, where he taught typesetting to the students. This was the time when Fuze’s career as a writer of newspaper articles began to take off. He wrote numerous letters and articles on public affairs for Inkanyiso, a paper founded by the Anglican Church.

In 1896 Fuze travelled to the island of St Helena where Dinuzulu, the senior figure in the Zulu royal house, had been exiled after rebelling against British colonial rule in 1888. Fuze spent more than a year at St Helena, teaching Dinuzulu and also his children to read and write. He eventually travelled back to Natal when Dinuzulu was allowed to return early in 1898.

After his return from St Helena, Fuze wrote numerous letters to Ipepa lo Hlanga, the earliest known African-owned newspaper in Natal. He commented on public affairs and on African customs, and, as was common in the newspapers of the time, expressed his opinions about what other letter-writers had to say. This practice made for lively debates among amakholwa (African Christian converts) intellectuals in Natal.

We know very little of Fuze’s life in the early years of the 1900s. He comes back into view from 1915 onwards, living in a state of poverty in Pietermaritzburg. At this time, in his old age, he began writing a long series of articles on history and public affairs for the bilingual newspaper Ilanga lase Natal. This had been established in 1903 by John Dube, a leading political and intellectual figure in Natal who in 1912 became the first president of the South African Native National Congress (later the African National Congress, the country’s ruling party since the first democratic elections of 1994).

Fuze’s articles, together with letters that he wrote to the editor of Ilanga, often called forth opposing views from his readers. The newspaper, like others of the time, served as a forum for lively discussions among amakholwa in Natal about their history and identity. This was a period of growing political resistance to oppressive white rule among black people all over South Africa. IsiZulu-speaking intellectuals and political figures were actively discussing what it meant to be ‘Zulu’. In this context, Fuze found firm support from some of his readers for putting his ideas about the past into a book.

Fuze seems to have had the idea of publishing a book on his researches into the history of Africans in Natal by at least 1902. But for many years he was unable to find the money that he needed for the purpose. He was eventually able to find assistance from a landowner, Nicholas Masuku, his son N.J.N. Masuku, and his old patron and co-worker from the Bishopstowe years, Harriette Colenso. His book was privately published in Pietermaritzburg in 1922 under the title Abantu Abamnyama Lapa Bavela Ngakona.

Much of the book was based on articles that Fuze had published in Ilanga lase Natal after 1915. It was not a conventional history book. Fuze did not call himself a historian in the sense of someone who is trained to use evidence to write an authoritative account of the past. In many ways he was writing to open up discussion of affairs of the day among amakholwa intellectuals.

Abantu Abamnyama was published in the first few months of 1922. Fuze died in September of that year at the age of about 78. He would probably have been disappointed with the way his book was received by the public. It cost five shillings (more than R200 or US$13 in today’s money), so very few people could afford to buy it. It was read by a few specialists in education and in Zulu literature, but does not seem to have had a popular readership.

Today, though, Fuze’s book is coming to be seen as a very important text in the archive of how black intellectuals thought about the past in the often troubled times when “modern” South Africa was coming into being. One of the obvious topics of discussion was the rise of the Zulu kingdom under the reign of Shaka kaSenzangakhona. Less obvious topics included debates about whether the Bible should be read literally by the newly converted.

As more and more scholars search for and rediscover the lost treasures of African intellectual history, I am pleased that I found Fuze at the beginning of my academic career. His writing continues to influence my thinking on how best to recapture the ideas of the past and make them come alive for contemporary readers. I think Fuze himself would be excited by the thought that he is now once again an influential author.

This edited extract is from a chapter in the book Archives of Times Past: Conversations about South Africa’s Deep History (Wits University Press). Mokoena is the author of Magema Fuze: The Making of a Kholwa Intellectual (UKZN Press)