Prince Andrew is trying to ‘make amends’: Archbishop of Canterbury 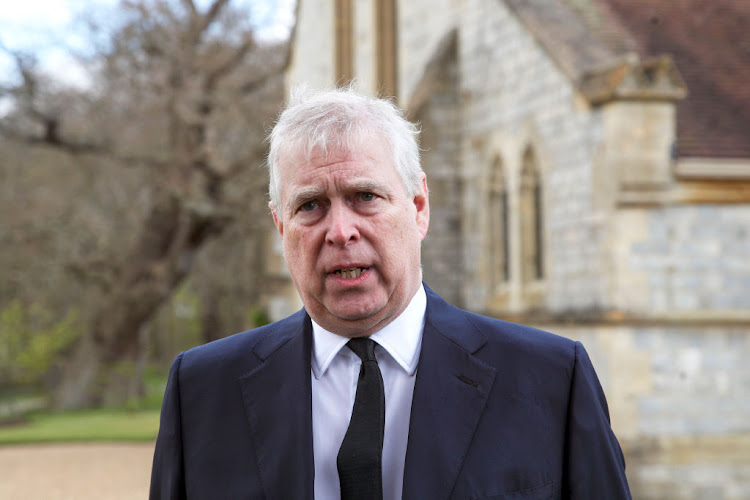 The Archbishop of Canterbury said Prince Andrew is seeking to "make amends" and highlighted the importance of forgiveness after Queen Elizabeth's son's fall from grace following accusations of sex abuse that led to a legal settlement.

Andrew, 62, paid an undisclosed sum earlier this year to Virginia Giuffre, who accused him in a US lawsuit of sexually abusing her two decades ago when she was 17. The prince did not admit wrongdoing in the settlement.

Justin Welby, the most senior bishop in the Church of England, said Elizabeth was "fully entitled" to have been accompanied by Andrew at the memorial service for her husband Prince Philip in March.

"Now with Prince Andrew, I think we all have to step back a bit. He's seeking to make amends and I think that's a very good thing," Welby told ITV.

"Forgiveness really does matter. I think we have become a very, very unforgiving society."

Earlier this year, the royal family removed Andrew's military links and said he will no longer be known as "His Royal Highness".

Andrew is not expected to appear when the royal family gather to wave at crowds from the palace balcony on Thursday as part of celebrations to mark the queen's 70 years on the British throne.

Andrew, accuser settle lawsuit but ‘no way back’ for embattled British prince

Prince Andrew's decision to settle a claim that he sexually assaulted a teenage girl decades ago may bring an end to his legal difficulties, but the ...
Lifestyle
5 months ago

Prince Andrew on Wednesday asked for a US jury trial as he again denied Virginia Giuffre's accusations that he sexually abused her more than two ...
Lifestyle
6 months ago

Britain's Queen Elizabeth will lead four days of national celebration in June to mark her Platinum Jubilee.
Lifestyle
2 months ago