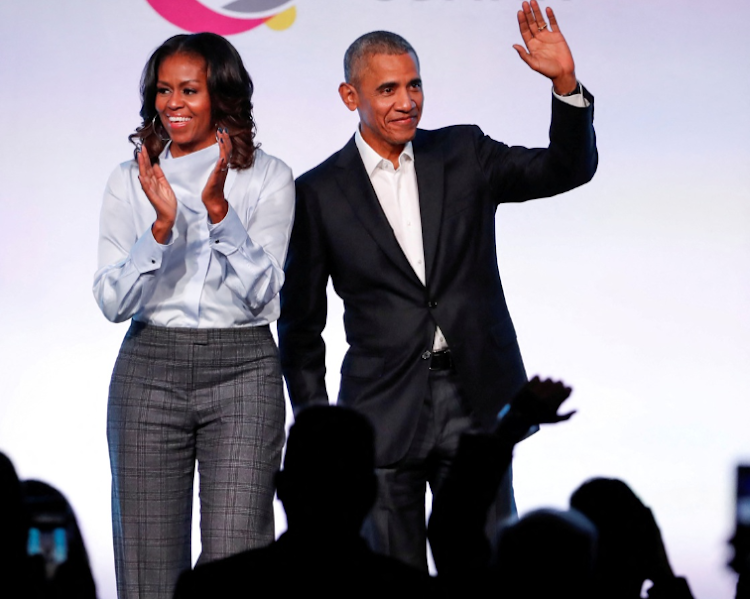 The media company owned by Barack and Michelle Obama, Higher Ground, has signed a multiyear deal with Amazon-owned Audible to make original audio content after ending its three-year run with Spotify.

The terms of the agreement announced on Tuesday were not disclosed. The deal gives Audible the right to have a first look at new material before others in the industry get access to it.

Higher Ground signed its first podcast deal with Spotify in 2019 and went on to make shows such as The Michelle Obama Podcast and Born in the USA, a series of conversations between the former US president and musician Bruce Springsteen.

The report said Higher Ground was then in talks with other distributors about a deal worth tens of millions of dollars, among the most lucrative in the podcasting business.

Amazon Inc said on Tuesday it had signed an exclusive rights deal with SmartLess, a podcast hosted by Hollywood actors Jason Bateman, Will Arnett and ...
Lifestyle
1 year ago

Former US first lady Michelle Obama will be inducted into the National Women's Hall of Fame along with eight other women including former PepsiCo CEO ...
News
1 year ago

The podcast was unveiled as Spotify announced it would launch in 85 new markets in the next few days.
Lifestyle
1 year ago