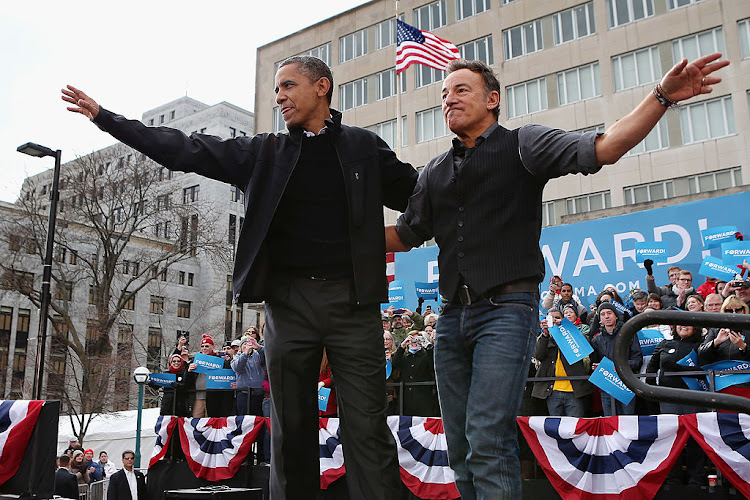 Former US President Barack Obama and rock music legend Bruce Springsteen debuted a new podcast on Monday where the pair discuss topics ranging from fatherhood and marriage to race and the state of America.

Before the release of the episodes, Obama shared details of the upcoming podcast in an Instagram post.

In the video shared on the social media platform, Obama and Springsteen are seen walking across a lawn before settling in what appears to be a studio, where they discuss a range of issues.

The former president captioned the video, saying “Last year, I sat down with my good friend Bruce for a long and meaningful conversation that touched on so much of what we’re all dealing with these days.

“I’m excited to share it with you over the next few weeks.”

In the introduction to episode 1, Obama said he and his family and friends had been discussing divisions in the US and how “we find our way back to a more unifying American story”. One of his friends, Obama said, “just happened to be Mr Bruce Springsteen”.

“On the surface, Bruce and I don't have a lot in common,” Obama added. “But over the years, what we've found is that we've got a shared sensibility. About work, about family and about America. In our own ways, Bruce and I have been on parallel journeys trying to understand this country that's given us both so much.”

The podcast was unveiled as Spotify announced it would launch in 85 new markets in the next few days, making the service available to more than 1 billion people around the world.

Spotify offers more than 2.2 million podcasts alongside its music library, including one hosted by Michelle Obama.

Barack in the USA: Obama tells his story, and leaves us wanting more

For those interested in policy, Obama’s book is a near-perfect guide, but it’s a pity there’s not more detail about unity
Lifestyle
11 months ago

What Obama’s book says about Zuma, Mandela, Tutu and the ANC

Former US president Barack Obama has lifted the lid on his thoughts about the state of SA during his presidency and several SA leaders, including ...
Lifestyle
1 year ago

Barack Obama's 2020 summer playlist: here's who made the list

Former US president Barack Obama has dropped his 2020 summer playlist.
Lifestyle
1 year ago