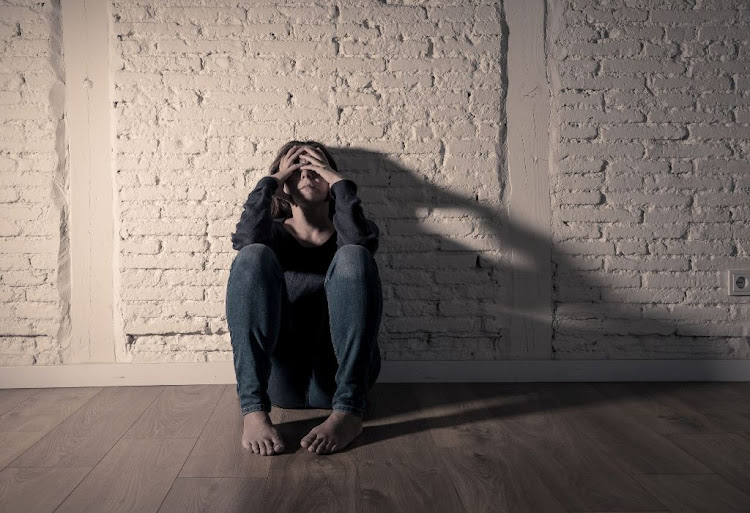 Online dating scammers can leave you out of pocket and with a broken heart.
Image: 123RF/Samwordley

Con artists are extremely popular in, well, popular culture. There’s inevitably a story behind their crimes and usually a clever one. Every few years there’s a movie nominated for an Oscar with a charismatic con artist at its centre: think The Grifters, The Talented Mr Ripley, or Catch Me If You Can. Our obsession with true crime has given rise to podcasts featuring con artists, such as Criminal; Death, Sex and Money; and Dirty John.

But, as Maria Konnikova, author of The Confidence Game, told The Guardian in 2016, “We shouldn’t forget that these are bad people who ruin lives.” Confidence tricksters are criminals, and what they do is commit crime. And our online lives are making it easier for them.

Fashion and décor stylist Karin Orzol recently fell victim to such a scamster, who left her out of pocket and with her heart broken.

Orzol is professional, smart, independent, funny, and extremely pretty — any man’s dream. She has a job she loves, good friends, two dogs — all that was missing was the perfect partner. So when she and “Aaron Cohen” matched on Bumble, everything seemed to be coming together.

Cohen said he was in finance. He was born in the Bahamas but had grown up in the US. After his fiancée left him for his best friend, his therapist suggested a change of scenery. He had transferred to South Africa, where he was preparing to float the company he worked for on the Johannesburg Stock Exchange.

As younger generations spend more time interacting with people online and less time in real life, they are more likely to experience catfishing – ...
Lifestyle
2 years ago

For 10 days, they messaged and spoke on the phone. Cohen was everything Orzol had ever wanted: someone to take long walks with, who loved her favourite artist, whose speciality was a dish from an obscure part of Italy she’d recently visited. “He said he was interested in buying a property in Scarborough, my favourite. I thought: wow, what a great match,” she says.

There was only one problem: Aaron Cohen didn’t exist. In hindsight, Orzol realised the scammer had done his research. “I’d recently posted something about Scarborough on Instagram — my profile is public because I use it for work.”

Konnikova told the Guardian Science Weekly podcast: “Social media definitely makes the con artist’s job much simpler. Because we leave so much information out there, it becomes so easy to profile us. We’re leaving our likes, our interests,our friends, where we go, what kind of food we like… All these things are online, and you don’t have to be a hacker, or even particularly technologically savvy, to get this sort of information.”

Just when Cohen and Orzol were due to meetup for the first time, he called her on his way to the airport: he had to rush back to Atlanta and would be gone for about two weeks. When he called her later, she checked the number; it was from a US dialling code. “I wasn’t suspicious yet, but I thought I’d check. I don’t know why,” she says.

They kept chatting while he was away. Then, another hurried phone call: his mom had suffered a massive stroke, and he was racing to be by her side. Soon after, a call came, ostensibly from the Bahamas (again, the dialling code seemed to check out); his mother had passed away before he could get to her. Cohen wept on the phone as he told her what had happened.

Orzol’s heart broke for her new beau. The day before his mother was supposed to be laid to rest, he called again. In the midst of his grief, his housekeeper had called from Joburg; her daughter was very ill and needed money for treatment, R4,700. Orzol was at work, but with barely a second thought she transferred the money.

The scammer had picked up that she was religious, but he’d made one error. Given her Polish surname, he had assumed she was Jewish. As he described the preparations for his mother’s funeral, he emphasised that he was waiting for the rabbi, and peppered his descriptions with the appropriate cultural and religious detail.

The following day he called again; they needed R2,000 more. This time Orzol demurred, but Cohen begged her; it was a matter of life and death. “Your mother’s about to be buried,” she remembers thinking. “Can we not be talking about money at a time like this?”

Retired US citizen Michael Morgan has a few words of advice after flying across the Atlantic Ocean hoping to marry a woman he met on the internet.
Lifestyle
3 years ago

Cohen kept phoning and asking for more money. She had deposited an extra R1,000, but still he kept asking her to send more. It made her very uncomfortable — both to be asked and to have to refuse — but now she stuck to her guns.

Finally, his mother supposedly interred and his business concluded, Cohen told Orzol he was coming home. He would be flying home via Cape Town to buy a property he’d had his eye on.

Orzol flat-out refused. This was illegal activity — smuggling large sums of cash, bribery — and she resented being drawn into such a scheme. And yet she hesitated, considering it. Eventually, she put her foot down. She’d never met this man. She wasn’t his girlfriend — she wasn’t even his buddy. This just wasn’t her responsibility.

On a whim, she said she’d fly down to help him. She had no intention of going; she wanted to see how he’d react. No, he said — rather send him the R2,000 she’d spend on a ticket so he could buy kosher meals where he was staying. She told him she bought all her flights with air miles. “Give me your address,” she insisted. “I’m coming down.”

Instead, she called a friend and sent him everything she knew about Cohen. It took her friend about an hour and a half, and he came up with… nothing. No such person existed. The Atlanta phone numbers didn’t exist, nor did the Bahamian one. He did find the pictures Cohen had sent Orzol: they had been stolen from the Instagram account of a handsome — and rather flamboyant — fashion designer based in New York.

All of a sudden someone falls into your life who seems absolutely perfect. And then there’s a tragedy, which breaks your heart

Since the experience, Orzol has been shocked to learn how many people in her immediate circle have been taken in by similar cons. “All of a sudden,” she says, “someone falls into your life who seems absolutely perfect. And then there’s a tragedy, which breaks your heart.”

Online researchers Sift Science sampled 8-million online dating profiles across several dating platforms. Of those, 10% of all new profiles were fake. Male profiles are 21% more likely to be fake than female. The most common age listed on fake profiles is 36 and the countries with the largest fake user profiles are Nigeria, Ghana, the Netherlands, Romania, and, tellingly, South Africa.

And because he didn’t ask for money for his mom, but for someone else, Cohen’s scenario seemed plausible. “I was quite embarrassed about it. I haven’t watched Catfish; I hadn’t heard of this kind of scam — and I’m quite informed. I work in the media, for goodness’ sake.

“I wouldn’t want anyone else to go through that. It feels like I’ve been raped by a ghost. I felt ill — physically ill — when I realised he doesn’t exist. Just like that, he’s gone. Not dead; just never was.”