Beards, abs, penis size ... today's man has a lot to worry about when it comes to how they look 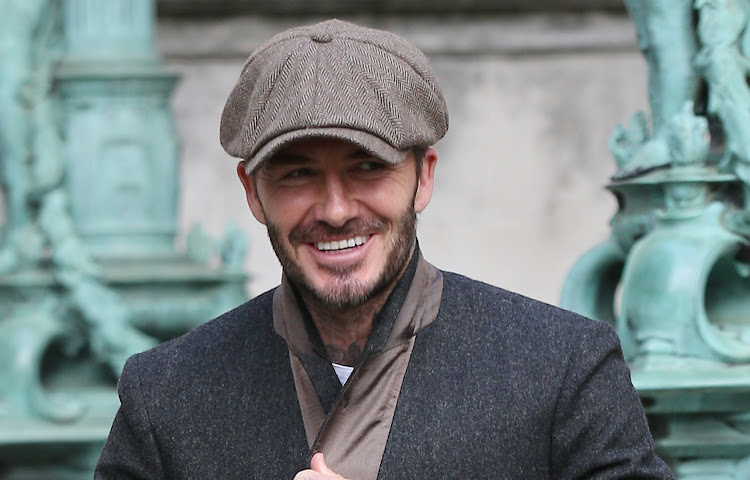 David Beckham kicked off that metrosexual thing that had men across the globe buying face creams, wearing salmon and discussing the benefits of anti-oxidants.
Image: Neil Mockford/GC Images

What is beautiful? It is a weird question filled with etiquette landmines when applied to the physical traits we find most appealing in other humans.

These days conventional beauty standards are embroiled in a kind of volcanic heat death as competing groups realise that it is in fact possible to cancel your lifetime subscription to "being blonde and skinny" magazine.

Hurray, the world is changing - but maybe only for half the population. For ages men (especially the straight ones) have tried assiduously to ignore the idea that beauty standards applied to them and done it so well that many folks would argue against them even existing where the unfairer sex is concerned.

Move over metrosexuals, today's modern men are all about the feels

Decency, honesty and loyalty are the important things to today's men, says a new study on masculinity
Lifestyle
4 years ago

Remember David Beckham? For an age, he was the poster boy for handsome. A platonic ideal made flesh and sent to live among the rest of us schlubs. He kicked off that metrosexual thing that had men across the globe buying face creams, wearing salmon and discussing the benefits of anti-oxidants.

Even now, bumping into Herr Beckham leaves women and men weak-kneed and googly eyed. We all knew he wasn't smart or even funny and didn't care because the man was gorgeous. What we didn't know is he was just the latest in assembly line male beauty standards designed to get penis owners to buy stuff so that we could convince girls to sleep with us.

Fast forward a few years and we get the spornosexual, yet another "get girls quick" scheme. Where the metrosexual attempted to be understated about its intentions, the spornosexual was raw sexual aggression.

If you're unfamiliar, a spornosexual was basically a trend where the goal was for men to look as if they were made to be dipped in baby oil. Its mantra was "chiselled". The hope was that women would be so blinded by abs that their lizard brain would take over and horizontal tangos would occur.

To be fair, it kind of worked. There are countless stories of women on Tinder swiping right on some tasty morsel even though they knew better and waking up in his room regretting it.

Now we are in the age of the skrrsexual where the scheme is to convince girls who are too cool to give a rat's left testicle about some stuff but passionately interested. What stuff? Umm. well, we're a bit fuzzy on the details, but, if asked, we know to get very passionate about things like land reform, the rights of anyone except white men, and climate change. Chicks dig revolutionaries and revolutionaries are seldom concerned with petty things like neatness.

The point is that beauty standards are annoying for men too. Not only do we have to be tall, broad shouldered and have cool hair, we also have to refrain from biting our nails even though the anxiety of meeting a potential mate makes that seem like a good idea. Then there are beards.

Contrary to popular belief, not all men's faces are fertile ground for follicles. Girls apparently love beards, though, and so some men have resorted to buying and wearing beard weaves.

Getting and maintaining abs is essentially one of Hercules's 12 trials and worrying about whether or not your trouser snake is appropriately sized is stressful enough to make the bugger not work. Sure, it's all about the motion in the ocean, but most of us have hung around enough girls to have heard the pinkie jokes.

Beauty standards suck across the board but maybe they are a good thing. Perhaps they are your body's way of making sure you wag your genitals in the right face. The problem, then, is maybe not what we think is beautiful but how we treat people who don't fit into our beauty mould.

Since the dawn of time people have found different types of people beautiful for different reasons. Even at the height of his popularity some women didn't think Becks was all that and a bag of chips.

So maybe our focus should be on letting people know that conventional doesn't exist when it comes to beauty. It is a figment of our imaginations created by marketing campaigns to sell us nonsense. Love who you love. Lust after whatever makes your loins tingle.

Most importantly, enjoy the body you are in.